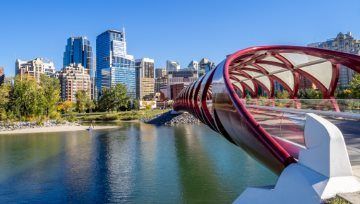 A series of dovish remarks from Federal Reserve officials have pressured the US Dollar in recent days, sending it lower versus its Canadian counterpart. The chances of a rate cut by year-end have soared, with some analysts pricing in up to three by early 2020. Still, the Federal Reserve is not alone in its dovishness. This week the Bank of Australia cut its interest rate and last week the Bank of Canada struck a rather dovish tone at their own rate meeting.

That said, it seems like a race to the bottom for central banks and their respective interest rates – a theme that could bolster the US Dollar as it looks to enjoy a sort of “best of a bad situation” bonus. Aside from monetary policy, the Greenback may enjoy a tailwind versus the Canadian Dollar from the continued deterioration in the price of crude oil. As a large factor of the Canadian economy, the commodity’s plummet to $50 does not bode well for growth outlooks and CAD strength. 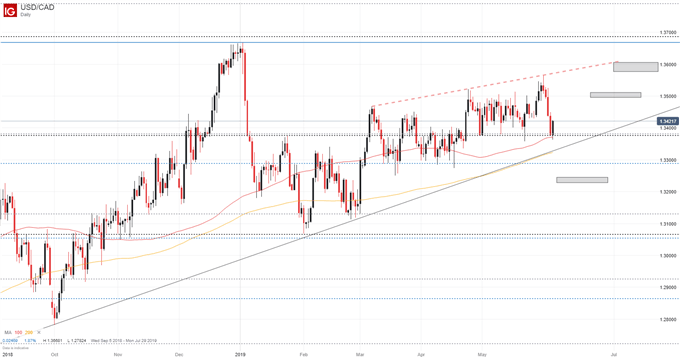 From a technical perspective, USDCAD boasts a confluence of nearby support - first provided by two Fib levels around 1.3374 and the 100-day moving average. Secondarily, the pair will look to the 200-day moving average and an ascending trendline of support from January 2018 – a line which has not been broken since inception.

With that in mind, invalidation levels for a bullish USDCAD position exist underneath the trendline and the subsequent Fib level - near the 3-month low of 1.3250. Given that the premise of the trade is based on long-term Dollar strength continuing, a break beneath 1.3250 would seriously dent the trade’s outlook.

Interested in how other traders are positioned on USDCAD? Check out our Free IG Client Sentiment Data.

Above current price action, several interesting levels remain for topside target potential. The March swing-high around 1.3465 could be looked to as an initial target. Beyond 1.3465, the ascending trendline marking the tops in each of March, April and May. Initial areas of confirmation are therefore around 1.3500 – a level that posed considerable resistance throughout the month of May. As price action unfolds and the trade progresses, follow @PeterHanksFX on Twitter for updates and technical levels. 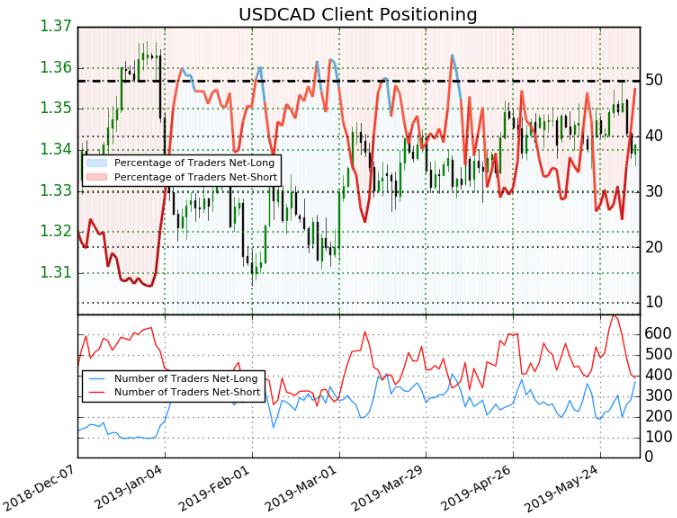 Finally, IG Client Sentiment Data reveals that traders remain net-short USDCAD. Since we typically use retail trader positioning as a contrarian indicator at DailyFX, it suggests prices may continue to rise – but the signal has weakened with bearish traders pouring out of the pair and net-positioning approaches parity. Find out what this may mean for the trade, how to incorporate this tool into your own strategy with my Client Sentiment Walkthrough Webinar.