Death Cross: What is it and How to Identify it When Trading?

Death cross: What is it and How to Identify it when Trading?

The ‘death cross’ is a term often mentioned in trading circles due to its usefulness in spotting changes in trends while also being incredibly easy to use. This article will explain the concept of the death cross and how to identify it on price charts. Furthermore, read our article on the Golden Cross to discover complementary indicators to use alongside the simple moving averages when analyzing changing trends. 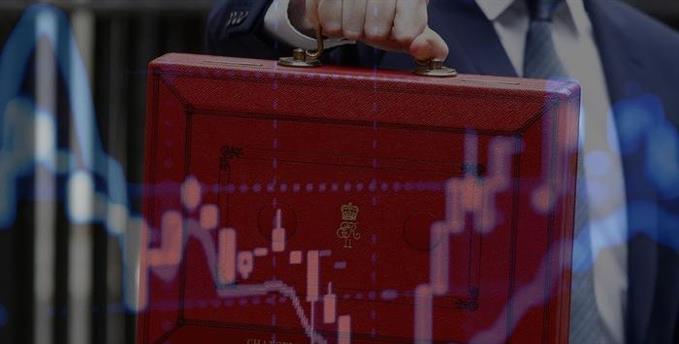 What is a Death cross?

A death cross occurs when the 50 simple moving average (SMA) crosses below the 200 SMA. The death cross provides a bearish backdrop to the market as short-term price momentum advances lower, with the potential to evolve into a new long-term trend (downtrend).

How to Identify a Death cross

There are three main stages to the formation of the death cross:

1. The lead up: Price action consolidates or, in some scenarios, turns sharply lower after trending higher for a considerable period of time. A period of consolidation provides the initial clue that the uptrend may be starting to lose momentum and could even result in an eventual trend reversal. The 50 SMA remains above the 200 SMA during this stage.

3. Continued downward momentum: Price action advances lower after the death cross is observed, often creating a fresh new trend (downtrend). Ideally, in this stage you may observe the shorter 50 SMA acting as dynamic resistance for price action and price continues to trade below the 50 SMA for some time. 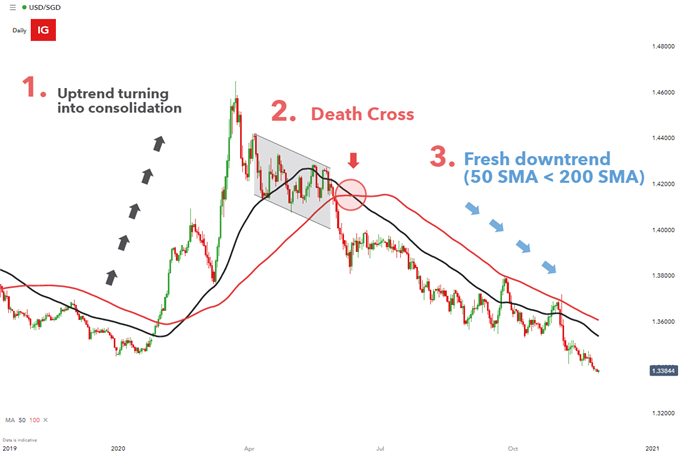