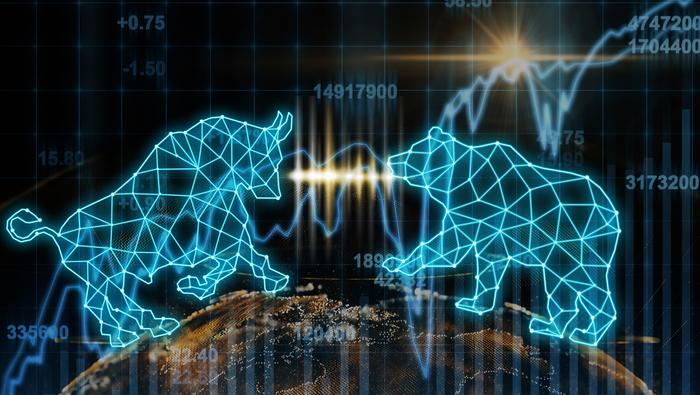 In our last article we looked at the breakout market condition while talking about the parameters around that. The breakout is the transitory state between a range or mean reversion and a fresh trend; but there’s a plethora of risk involved with focusing on this market condition and in this article we’re going to talk about a few of those important items.

The Breakout is Something ‘New’ Happening

Market participants value consistency and abhor risk, generally speaking. And anytime something ‘new’ happens, there’s a new set of risks involved as the market is in a constant state of change. And market makers are often put in more of a defensive position when a new breakout happens as they now have to contend with pricing structure that wasn’t previously of concern. And couple that with the fact that a breakout itself is often triggered by something new, whether that be an earnings report or a Non-farm Payrolls (NFP) release, and there’s even more reason for market makers to be cautious as this new event may trigger a trend that can last for hours, days or even weeks.

So, the first item to take into account is that many breakouts will fail. Prices will breach support or resistance temporarily only to return to the prior range. Breakout traders will often assume a lower probability of success in such strategies because the status quo will, in many cases, prevail. If a trader is looking for a 40% win rate with trends, they’ll probably look for a 30% or lower win rate on breakout strategies, perhaps as low as 10 or 20% depending on the time frame and mechanism of support resistance being used; and this is key as it also determines how traders should look to set stops and limits for such strategies.

The big allure of breakouts is catching a move in the early stages that may turn into a fresh trend. So, if the trader’s setup is ‘right,’ there could be greater upside potential. But, as looked at above traders will often have a lower expectancy of success since, after all, they’re looking for something new to take-hold, so to offset that lower expected win rate, traders can look to adjust risk-reward ratios.

Mathematically, this makes a bit more sense, because if the trader is expecting to be ‘right’ on one out of five trades, then they’ll need their less frequent winners to make up for more losers. A 1-to-4 risk to reward ratio might only get the trader to break-even if their one winner is making up for four losers in the strategy, so an expected win ratio of 20% (1 out of 5) would probably want to look at a risk-reward ratio of 1-to-4.5 or more. A 1-to-5 risk-reward would allow for profit with a 20% success rate, as the one winner out of five would pay for the four losers with some additional gain left over.

The Excuse to Chase

I get it, you see a chart and you notice a breakout – you want to take part. This FOMO or fear of missing out is ever-present and it’s likely something that will be alongside you for the duration of your trading career. And the breakout condition is probably the most dangerous for retail traders as it, in essence, can be re-purposed as an excuse to chase a fresh move at new highs or new lows.

Breakout strategies should be profiled and set up before the break actually takes place. Otherwise, there’s a risk that the trader is making an emotionally-driven decision that may not work out for the best. And this brings us to a pretty important aspect of the condition…

The Emotional Toll of Chasing Breakouts

By many accounts the psychological aspect of trading is probably the most important determinant of long-term success. And the reason for this is that failure isn’t just a possibility in trading – it’s guaranteed.

Recommended by James Stanley
Top Trading Lessons
Get My Guide

Forecasting the future is difficult if not impossible and also consider the fact that information available to make those forecasts is imperfect. And it’s asymmetric, too, because bank research departments may simply have greater access to data that can allow for more robust computations or quantitative analysis that may be able to provide an edge. As a retail trader, we probably won’t ever be able to garner more information on a market than a multi-national bank.

But, regardless of how long one has been trading, winning feels good. And losing feels bad. The more we lose, the more that negativity can stack up into despair and, generally speaking as human beings, we feel pain more than we feel an equal amount of pleasure. So, for the breakout trader losing four out of every five trades, they’re going to have a negative emotional response about 80% of the time versus the 20% of the time when things work out.

This can take a toll on any human being, especially to the newer trader struggling to find their way and build their approach. Feeling failure the majority of the time is something that can make trading seem far less enjoyable, even if the trader is able to manage a profitable strategy with that one winner out of five and this is something that also needs to be taken into account for breakouts.

The Key to the Breakout: Limiting Losses, Being Selective

Due to the lower expected win ratio that’s generally associated with breakouts and the more aggressive risk-reward ratios that traders will often incorporate to try to make up for that difference, one of the main keys of such a strategy is keeping losses as relatively minor. Because each additional pip or Dollar given up on the losers is just more whittling away of the minority of setups that may produce gains.

And, if you think about it, traders looking for that breakout are likely going to want to keep the risk tight anyways, because if the breakout begins to turn-around very shortly after it takes place, the possibility of continued run after the break is diminished. So, there’s little point for the trader to hold the position, waiting around, hoping that they might end up being ‘right.’