European Gas Prices on the up?

The picture in Europe has been looking up for a while now as sentiment, while extremely low, has picked up, EU stocks and the DAX have largely outperformed their US counterparts and European gas prices have fallen at a time when the weather has proven to be rather mild. One thing to keep in mind is that colder weather is forecasted to be on the way, which tends to see a rise in the price of natural gas in the region particularly as the wind dies down.

This week we look ahead to EU GDP data which is expected to reveal a very modest 0.2% quarter on quarter improvement and a whole host of ECB speakers ahead of next week’s final interest rate meeting of the year. This morning 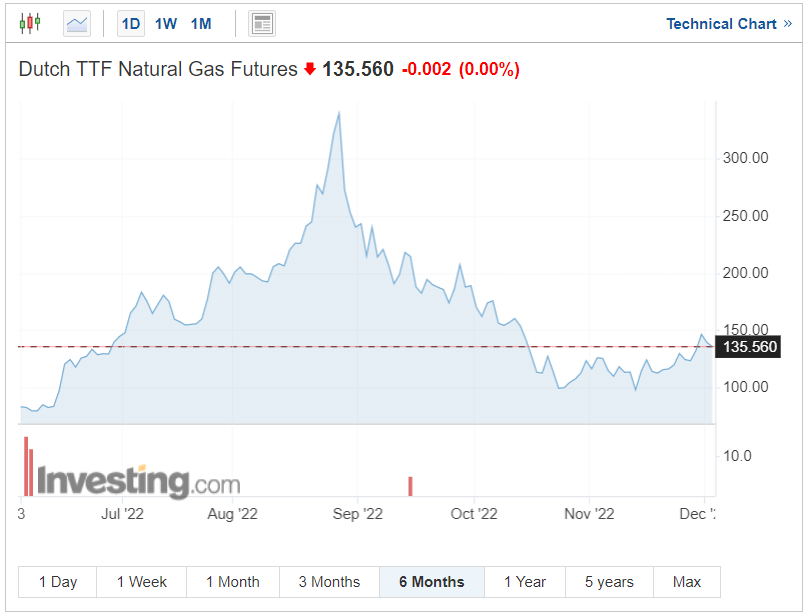 Despite the rosier conditions thus far, something that hasn’t fared particularly well is real wage growth, which has witnessed a massive drop. In Germany, real wages have dropped 5% year on year. Reduced purchasing power has been partially alleviated by a drop in the dollar, meaning that all dollar denominated commodities like oil and gas drop to a degree. Real wages are expected to take a further hit as ECB officials expect inflation to peak in the first half of next year. This morning the ECB’s Makhlouf communicated a preference for 50 bps next week but couldn’t rule out a 75 bps hike. 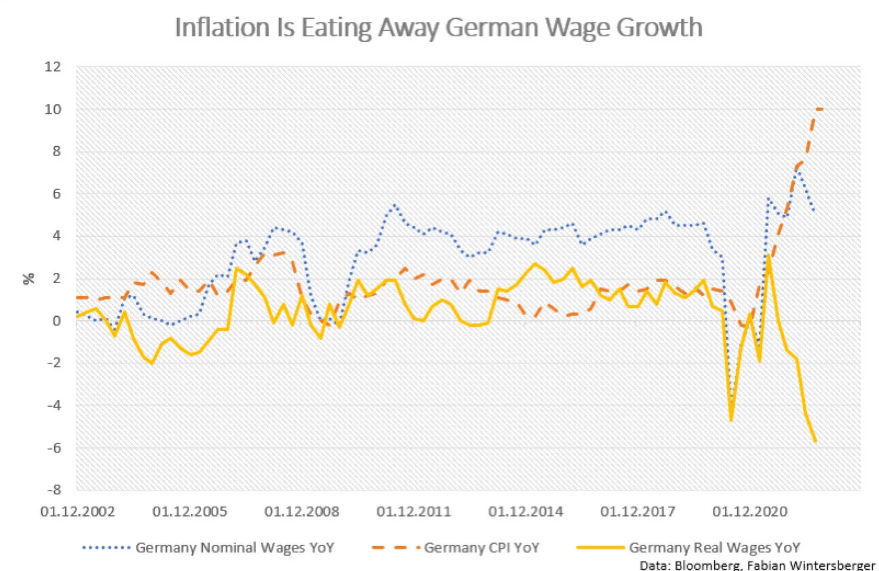 The weekly EUR/USD chart reveals the nearby level of resistance at the 38.2% Fibonacci level where price action has already retreated from. Therefore, early signs of a potential pullback (recoil) towards 1.0450 emerges before the next advance. Longer-term resistance appears at 1.1000 but a lot depends in incoming inflation prints in the US and economic data, weather and gas prices in the eurozone. 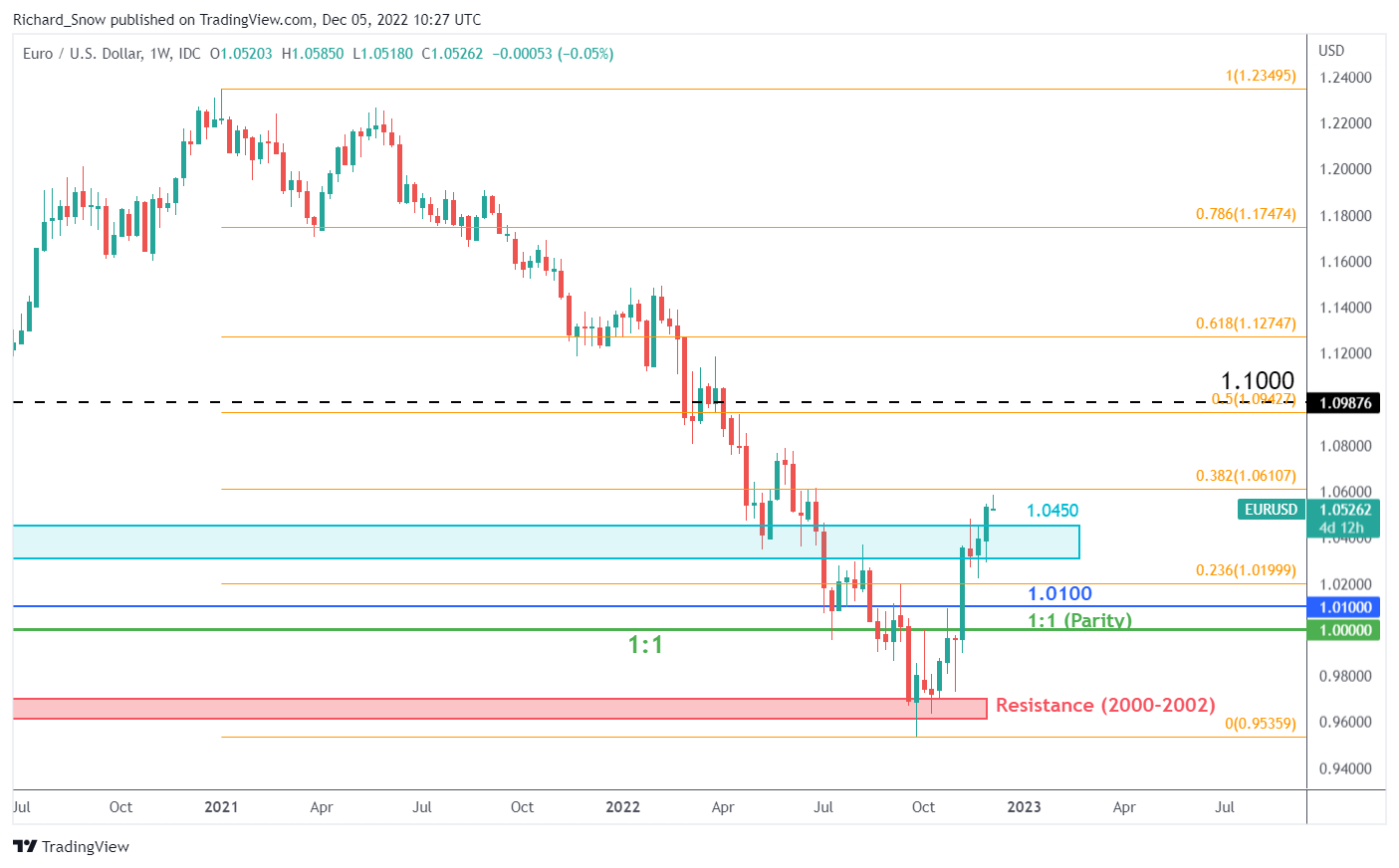 The daily chart highlights 1.0805 as the next level of resistance, however, the RSI and MACD indicator are flashing signs of an overextended market. The RSI has not yet broken into overbought territory and so this is something to watch as price action develops. After the rather choppy rise in EUR/USD, it would not be unusual for prices to consolidate around the 1.0450 zone of support before assessing the likelihood of a bullish continuation. 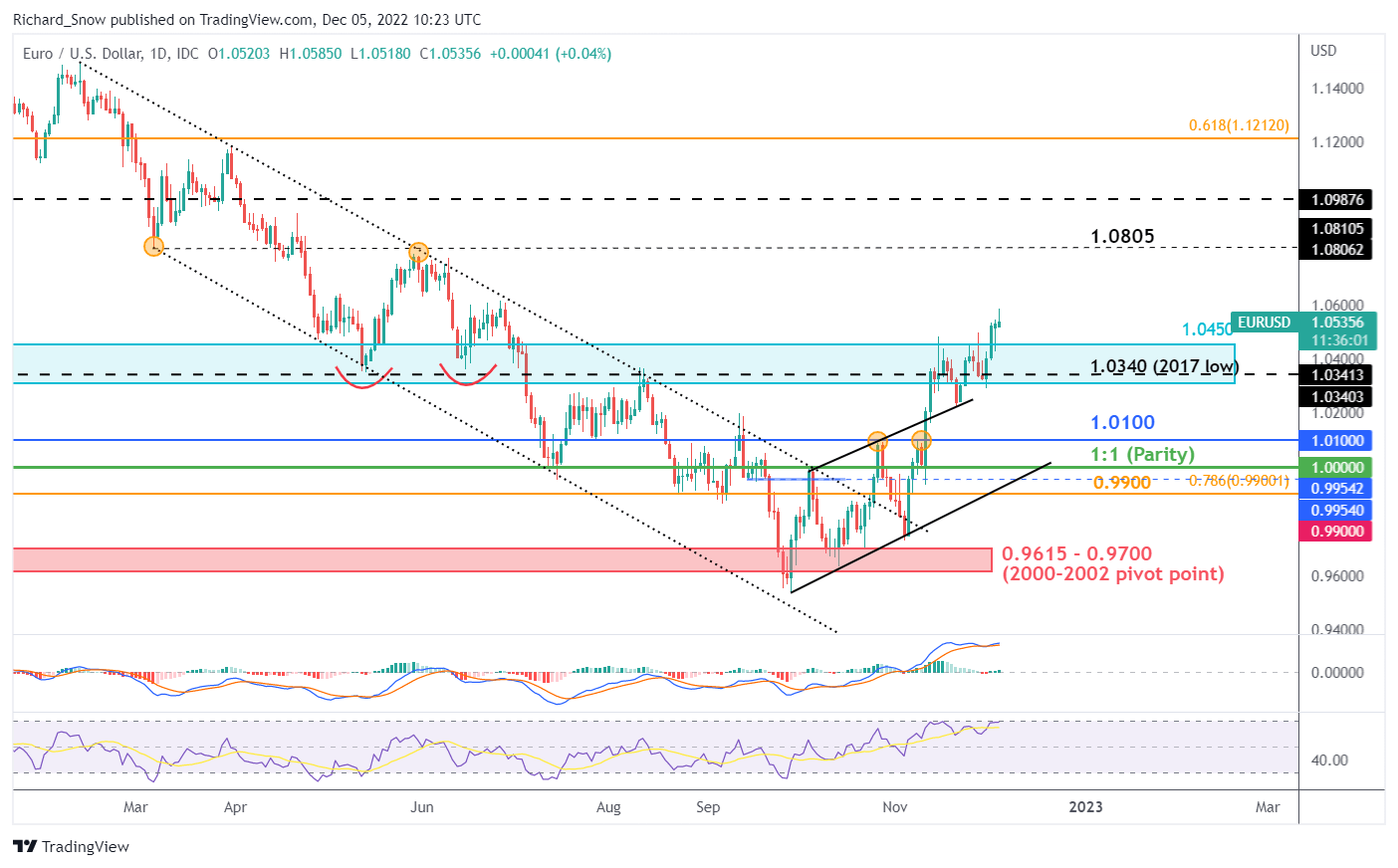 Euro area GDP growth, US PPI and consumer sentiment dominate an otherwise quiet week, although, it is a week that sees the RBA and BoC decide on rate hikes. A reasonably lower PPI print certainly favors the current hopes that inflation has peaked, possibly adding fuel to the dollar selloff.