EUR/USD clears the December 2002 low (0.9859) after showing a kneejerk reaction to the Federal Reserve interest rate decision, but fresh data prints coming out of the Euro Area may curb the recent decline in the exchange rate as inflation is expected to hit a record high.

EUR/USD may attempt to test the June 2002 low (0.9303) as it extends the series of lower highs and lows from last week, with the recent selloff in the exchange rate pushing the Relative Strength Index (RSI) into oversold territory for the first time since July.

The move below 30 in the RSI is likely to be accompanied by a further decline in EUR/USD like the price action from earlier this year, but the update to the Euro Area Consumer Price Index (CPI) is anticipated to show the core reading increasing to 4.7% in September from 4.3% per annum the month prior, which would mark the highest reading since the data series began in 1997.

As a result, the ECB may continue to frontload the path in normalizing monetary policy as “the risks to the inflation outlook are primarily on the upside,” and it remains to be seen if President Christine Lagarde and Co. will deliver another 75bp rate hike at its next meeting on October 27 as the Governing Council insists that “future policy rate decisions will continue to be data-dependent and follow a meeting-by-meeting approach.”

Nevertheless, the update to the core US Personal Consumption Expenditure (PCE) Price Index, the Federal Reserve’s preferred gauge for inflation, may also influence EUR/USD as the reading is projected to increase to 4.7% in August from 4.6% per annum the month prior, and evidence of sticky price growth may keep the exchange rate under pressure as it puts pressure on the Federal Open Market Committee (FOMC) to retain its approach in combating inflation.

In turn, the Fed’s pursuit of a restrictive policy may continue to drag on EUR/USD as the Summary of Economic Projections (SEP) reflect a steeper path for US interest rates, and a further decline in the exchange rate may fuel the tilt in retail sentiment like the behavior seen earlier this year. 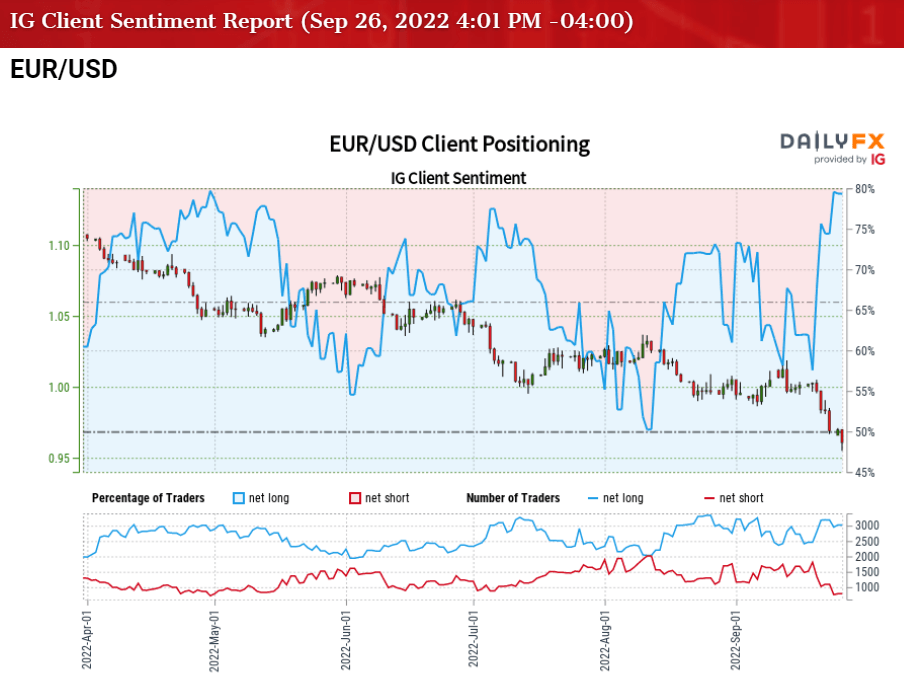 The IG Client Sentiment report shows 74.79% of traders are currently net-long EUR/USD, with the ratio of traders long to short standing at 2.97 to 1.

The number of traders net-long is 5.23% lower than yesterday and 12.44% higher from last week, while the number of traders net-short is 19.27% higher than yesterday and 43.17% lower from last week. The rise in net-long interest has fueled the crowding behavior as 63.08% of traders were net-long EUR/USD earlier this month, while the decline in net-short position comes as the exchange rate pushes to a fresh yearly low (0.9553).

With that said, another uptick in the Euro Area CPI may generate a bullish reaction in EUR/USD as it fuels speculation for another 75bp ECB rate hike, but the exchange rate may attempt to test the June 2002 low (0.9303) as it extends the series of lower highs and lows from last week 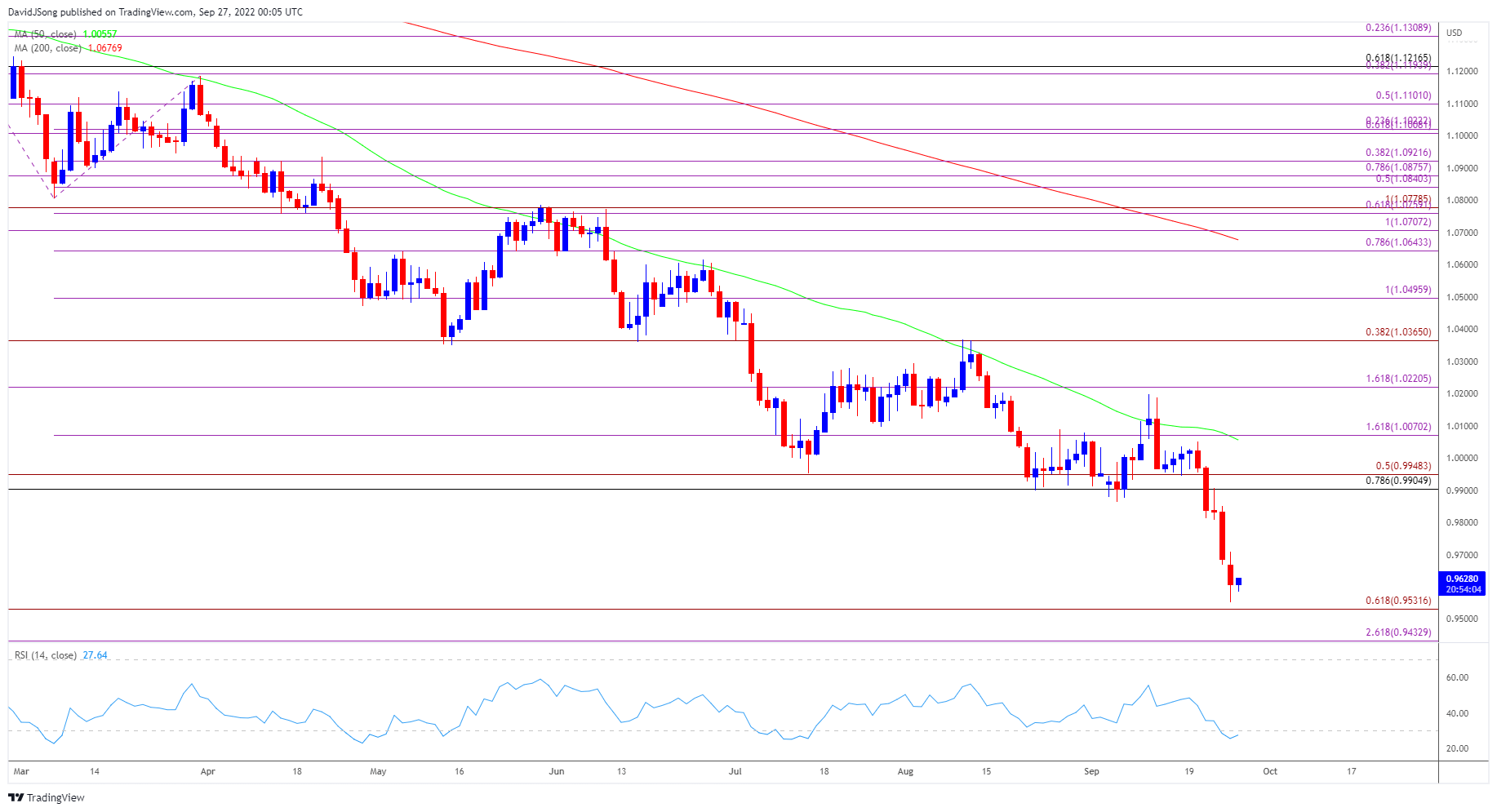