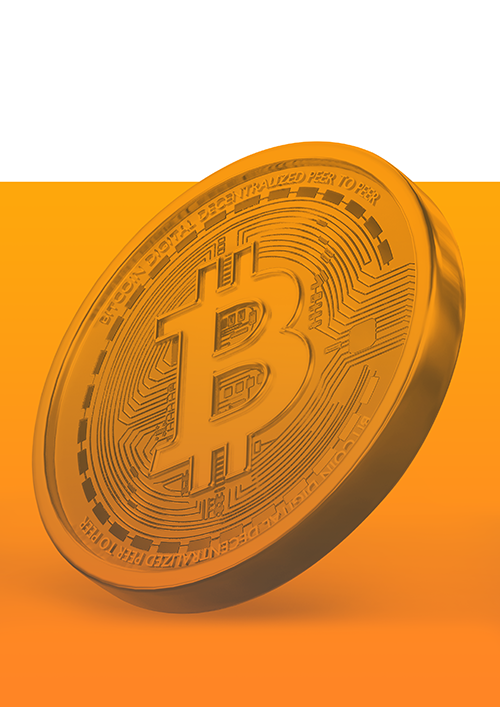 Bitcoin and Ethereum continue to trade within well-defined ranges as other risk assets remain under pressure following this week’s CPI print. Risk broadly remains under pressure as the macroeconomic outlook continues to worsen. The hot CPI print this week has seen the market once again re-price Fed rate hike expectations, which has further stoked fears of a potential recession.

While equity benchmarks made fresh YTD lows in the maelstrom of price action that followed Thursday’s CPI print, Bitcoin and Ethereum both managed to remain within their well-defined channels. Post-CPI lows were subsequently bought up in a puzzling reversal throughout all of risk during Thursday’s session. Bitcoin appears to be earning it’s title as an “uncorrelated risk asset,” as it deviates away from mirroring the price action of the Nasdaq 100. 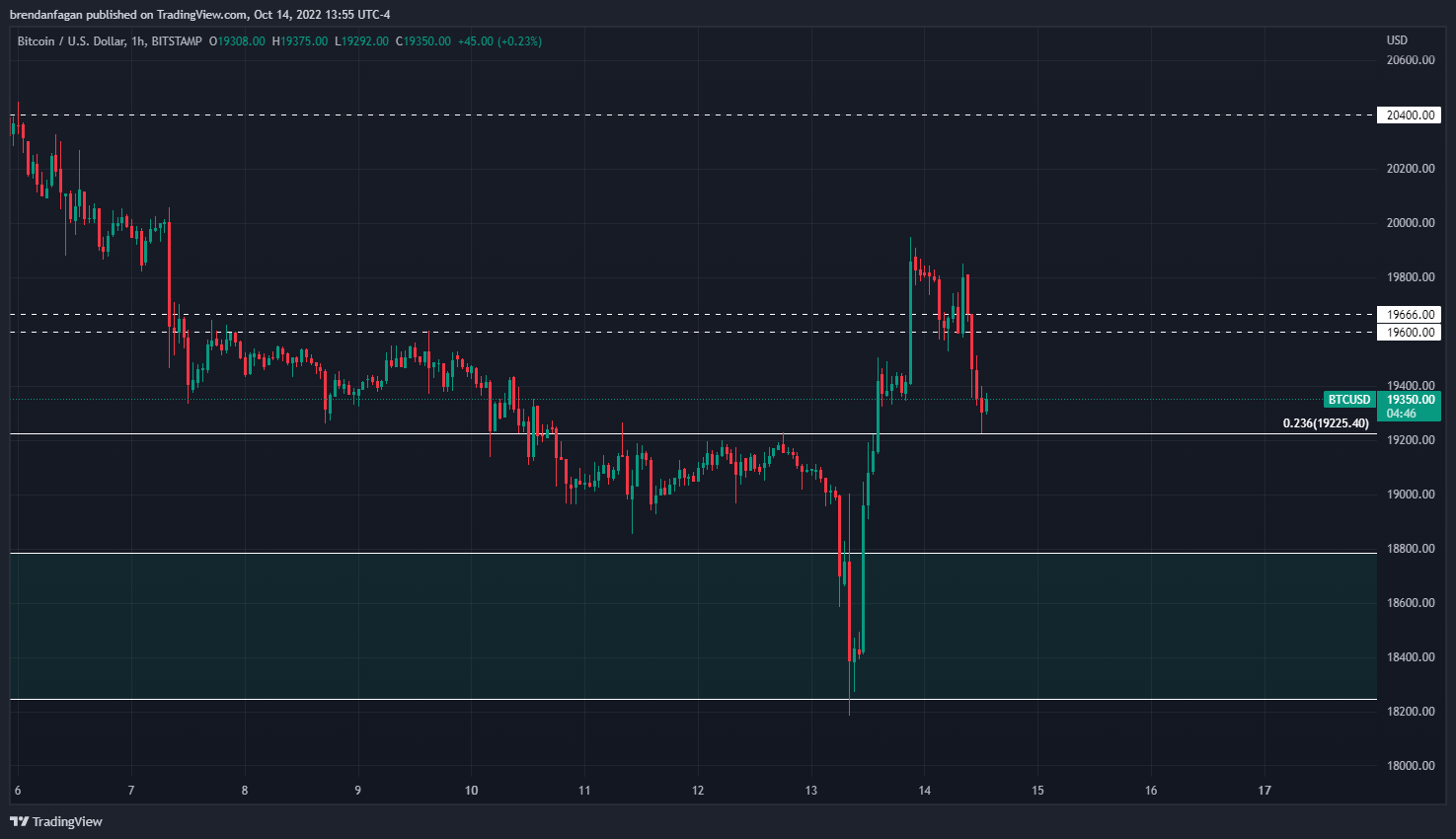 Following Thursday morning’s premarket sell-off, Bitcoin found buyers on a dip into the support zone above $18000. As was the case with most risk assets, Bitcoin staged a stunning rally in the latter half of the session, trading back above pre-CPI levels. Friday’s strong risk-off tone saw Bitcoin give back some of those gains, as price fell toward fib support at $19225.

Bitcoin remains stuck in a defined range between $18200 and $20400, with neither bulls nor bears being able to take the “kill shot” thus far. Bitcoin’s inability to define a trend lately is something to take note of, as it appears to remain immune (for the moment) from the carnage across global financial markets. While price may ultimately be headed lower in the longer-run as we head toward recession, I favor continued chop in the near-term as market participants trade from data point to data point. 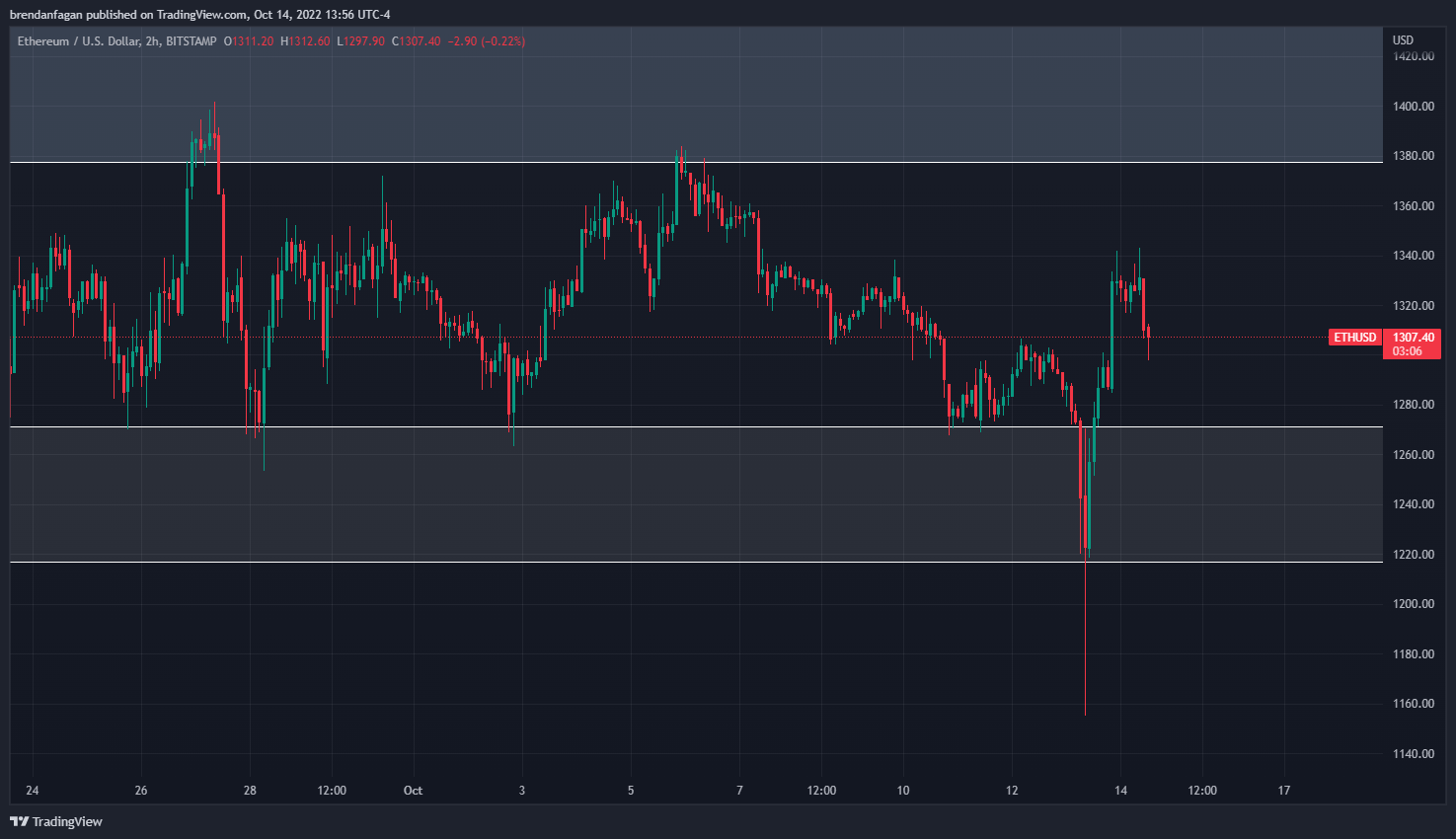 Ethereum largely falls into the same boat as Bitcoin, in that chop has dominated recent price action. While the decline on Thursday was much more stark in Ethereum than Bitcoin, ETHUSD firmly retraced the 7.7% CPI decline within hours. Price has traded back above key support at $1270, after finding buyers last week below $1160.

Ethereum has notably struggled following the completion of the long awaited network upgrade called “the merge,” with the upgrade proving to be a “sell the news” type of event. Having found its feet once again, Ethereum may look to test the Oct. 6th swing high around $1385 should any bids into risk assets materialize in the near-term. Should bearish pressure remain, we may revert to knocking on the door of support at $1270. 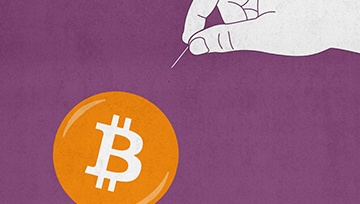 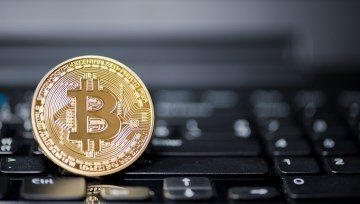