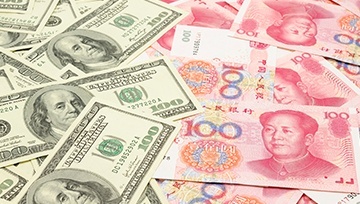 DailyFX Discussion: What Can We Learn from The History of Trade Wars?

DailyFX Discussion: What Can We Learn from The History of Trade Wars?

DailyFX Senior Currency Strategist Christopher Vecchio, CFA sits down with IG’s Jeremy Naylor to discuss how the history of trade wars can inform the current US China Trade War, and whether the lessons of previous economic conflicts can bring about a swift end to the current tensions.

Tensions have been rising between the world’s largest economic superpowers, after US President Donald Trump announced a 25% tariff on steel imports and a 10% tariff on aluminium imports in March 2018. China then responded in kind with tariffs on American products. Over the following months, the list of tariffs levied against each country grew and so did the number of countries included in the steel and aluminium tariffs. But the history of trade wars has shown that economic conflicts can heighten tensions to the point of triggering political and social crises and can sometimes even lead to war.

Are we in a trade war?

The US and China are in a trade war. The fact of the matter is that the imposition of these tariffs represents shots across the bow from the United States, and the responses from China have indicated that it is willing to play ball. It is unlikely that there is going to be an easy resolution to these tensions, despite what President Donald Trump might have suggested.

However, we have seen a change in tone from the Chinese government. So far, it has decided against issuing specific details on how it will respond to the US’s provocation of tariffs against $200 billion worth of Chinese goods. Although this might mean that China is open to finding an off ramp for these tensions, for now, we are in the middle of a trade war.

What has caused the current US China Trade War?

Trade wars have been pretty rare since the end of the second world war, when a general agreement on tariffs and trade was put into place. This was enforced by organisations such as NAFTA and the World Trade Organisation (WTO), which were set up as a way to liberalise global trade.

But in the last several years – particularly the last decade, since the global financial crisis – growth has been anaemic in developed economies across the world, and labour markets have been in uneasy shape. The declining economic circumstances created a demand for a new type of politics and a new philosophy that would govern these economies. The result is situations such as the election of Trump, Brexit, and the popularity of Marine Le Pen in France.

The ongoing effects of popularism have already begun to impact global trade, so it is unlikely the trade war will be easy to solve. We don’t yet have a roadmap of how to work our way out of these problems. Even recently, in the post-WTO and post-EU order, there have only been a couple of instances of trade wars.

What can we learn from the recent history of trade wars?

In 2002, the George W Bush administration levied tariffs on steel imports against a number of trade partners – including the EU, Japan, China and Brazil. The tariffs were supposed to be a way of boosting the steel-producing industry, by increasing jobs and creating a greater demand for US steel products.

But by the end of that year, the steel-producing industry in the US had only 187,500 employees, whereas steel-consuming industries – such as automobile manufacturers – had lost around 200,000 jobs. It is estimated that $4 billion in wages was lost between February and November 2002, which meant that public consumption of goods declined and economic growth slowed. Ultimately the trade tariffs were unwound, but the dollar had already suffered during that period of time and the US economy took a while to get back to normal. Eventually, the economy built up into a housing bubble in 2005 and then, as we know, things came crashing down.

More recently than this, China and Japan were involved in a trade war that was spurred on by the dispute over the Senkaku Island chain, which both countries claimed as their territory. China responded to the question of sovereignty by blocking all purchasing of Japanese cars. This caused Japanese car sales to drop by 19% year on year going into 2012, and it took four years to recover.

The history of trade wars is evidence that a dispute between large economic blocks will inevitably cause economic fallout and damage almost immediately. This idea that the US China Trade War will go down a path where tensions just fester, without any real economic damage, is completely out of line with the historical precedent that has been established.

Watch the full interview for a more detailed discussion on how the emergence of China might impact trade negotiations, and the domestic responses to Trump’s trade war.