Monday’s trading session for risk-leaning assets set a tone of notable fear. After weeks – if not years – of questionable speculative drift higher, markets finally falter on the opening day of the 2021. The symbolism was too rich to miss, but did the intent really live up to the threat? While I would call the opening technical salvo for the likes of the S&P 500, the Dow Jones Industrial Average and Nasdaq 100 a breakdown from a remarkably tight wedge (and from record highs), follow through would always be difficult to fulfill. That is in part due to a tepid liquidity position, but it is just as significantly influenced by a lack of fundamental drive. To transition from technical breakdown to committed market-wide deleveraging, something of a more systemic nature would be necessary to usher the markets lower. That fuel was noticeably lacking while anticipation of subsequent waves of fundamentals – like the special election in the US – was prominently in wait. 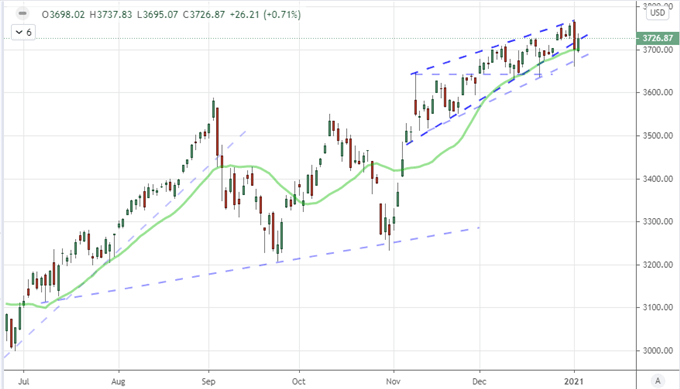 What may be surprising to some is the actions of retail traders to the slump in risk trends to start the week. Too often, retail market participants are labeled ‘dumb money’, but that is far from the reality of the situation. While there are certainly many skeptical bears seeded in the retail rank, this is not an affliction isolated to those with a smaller account size. In fact, retail traders are more likely to be directed by their time frame rather than their ideology about sentiment. In other words, such market participants are likely to position for swing/range trading than they are to line up for a dogmatic view of where the masses are going to head. A good example of this is retail CFD positioning in the Dow as measured by IG client sentiment. Despite the technical appeal of the break in that key index a large swath of shorts took profit while new bulls came in to trade a different range floor. 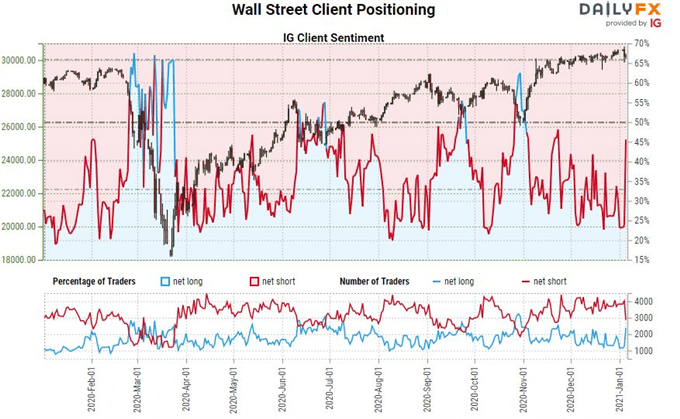 What we are looking for now after the swoon to star the year and check on the subsequent trading day is a clear driver. Something material with systemic scope would be best served to take up the run of global investors to dictate the omnipotent ‘risk on’ or ‘risk off’. That said, expectations may crowd out the potential of perfectly appropriate fundamental drivers. For example, this past session, the United States-based ISM manufacturing activity report posted its strongest reading for the sector since August 2018 – a further boon after the Markit’s own six-year high for its measure. Yet, traditional GDP figures seem to lack impact when there is skepticism around so many other matters in the market – though this will be put to the test with Thursday’s service sector update (from ISM as well) and Friday’s NFPs. 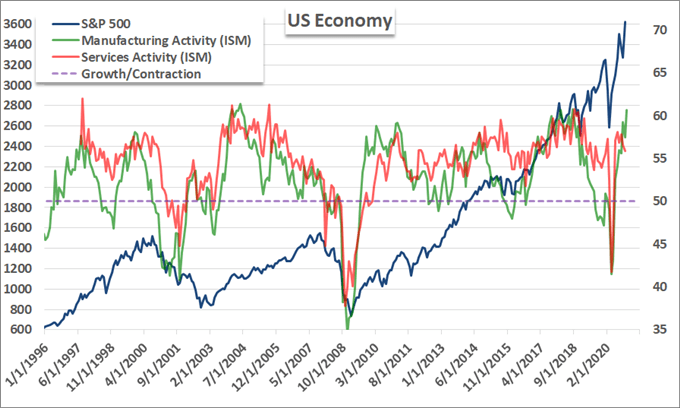 Whether the focus is on relative growth, relative coronavirus position on something isolated like the US political environment; their seems to be a platform for the US Dollar. Either the Greenback can cater to its position as a relative measure of value in these gradient fundamental matters or perhaps it can revert to its ultimate safe haven status. If we look a little beyond the bright fundamental horizon of Wednesday trade, the ISM service sector activity report and December employment report carry substantial weight when it comes to timely growth perspective. That said, I will always keep the currency’s liquidity status in mind when evaluating its course when benchmarks like the S&P 500 continuously threaten a breakdown in speculative conviction. 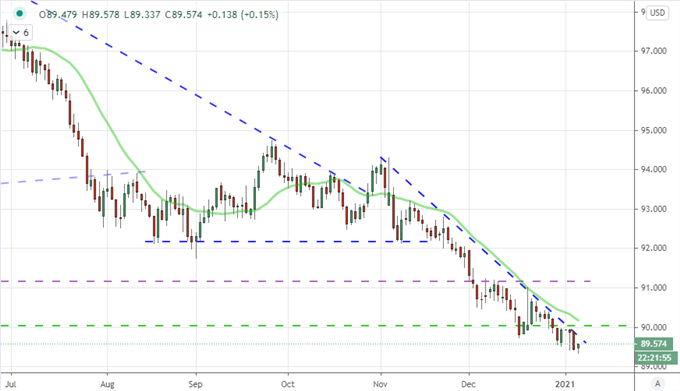 While there are numerous fundamental matters that can ultimately generate significant movement for certain important segments of the market or the entire financial system, there is one event that will crowd out the market’s immediate attention: the runoff election for Georgia’s senate seats. I put very little stock in the influence of politics in markets as there is far too much subjective assessment done on what individuals’ feel is the best policy for growth and markets; and those views often wash out in the end. However, in contrast to the General election in November, this particular vote is far more concentrated with something far closer to a binary outcome. With the Joe Biden due to take over the White House and the House of Representatives in Democratic control, there is a possibility of the two senate seats from this state flipping from the Republican incumbents to their Democratic contenders which would give an effective policy control to a single party. Though the merits of this assumption can be seriously debated, it is often assumed by market participants that Democratic policies are less friendly to business and investment. That assumption alone can spur a speculative response – warranted or not. As such, traders should be aware. 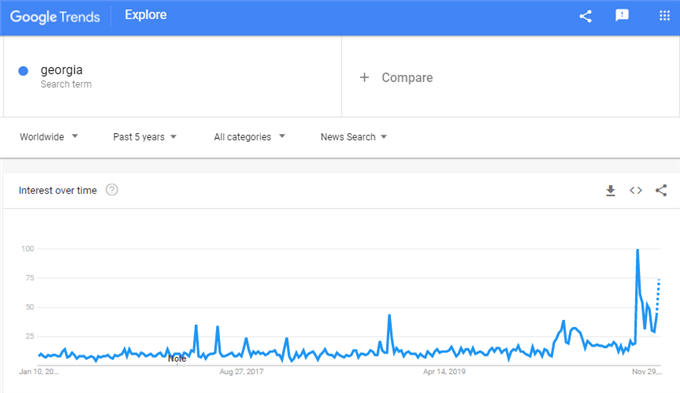 What Takes Up the Reins After Georgia?

In the very immediate term, the Georgia election carries an inordinate amount of fundamental weight. However, I don’t believe this particular charge will carry the fundamental torch for much more than a day or two. To be sure, tipping the cart over on an overextended risk run could catalyze remarkable potential, but it wouldn’t be on the basis of this event alone – and I think the markets would quickly interpret that reality. Yet, short of a wave of deleveraging in all markets with a risk-attachment, we will need to transition to the next fundamental theme. Growth is still important this week with datapoints like the NFPs and latter weeks’ offering of Chinese and US 4Q GDP, but I think the next matter with potential would be more systemic. In particular, the surge in coronavirus cases and the economic impact of national shutdowns can quickly take over. 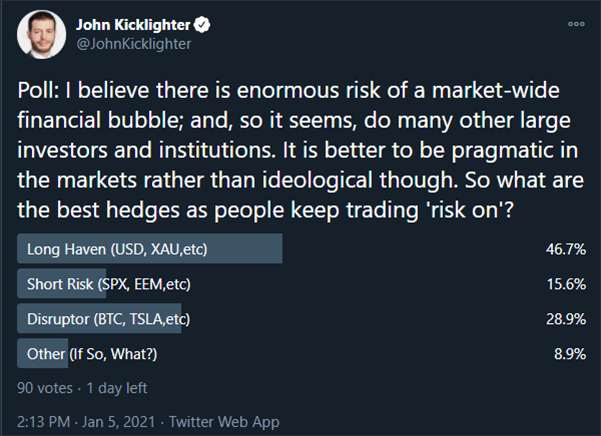