Dow, VIX, Dollar and Gold: Levels and Volatility to Gauge the Markets

The range of risk assets I monitor regularly offered a meaningful rally this past week. At the front of the line, the US indices registered rallies of extraordinary historical magnitude. While ending well off the Thursday highs, both the Dow and S&P 500 earned week-over-week gains of exceptional reference. The blue-chip index led the back with a 12.8 percent surge that has no comparison until we rewind all the way back to 1933. Whether we refence that period of the Great Depression or the S&P 500’s own comparison to the 2008 Great Financial Crisis, the circumstances for comparison are the same. The extreme rallies occurred in the midst of extreme and more persistent declines. In both references, the surge did not signal a trend reversal – just a period of countertrend volatility that matched the tempo and upheaval that surrounded it. Should we expect this time is any different with overwhelming expectation that the worst recession in modern history awaits us.

Chart of Dow with 1-Week Rate of Change (Weeky) 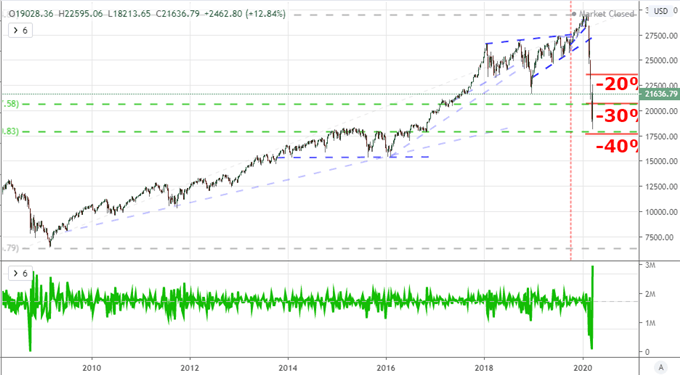 Sentiment is ultimately a fickle motivator. It often overrides event risk that may define a bullish or bearish course according to a textbook interpretation of a systemic backdrop. That is why I like to occasionally take the pulse of the speculative crowd. While I most often do this in a comparison of risk-leaning assets, polls in ‘FinTwit’ can be useful. At the conclusion of my 1-day Twitter poll, the vast majority of respondents (83%) said they believe that the recent bounce has merely been a pause in a broader bear trend. 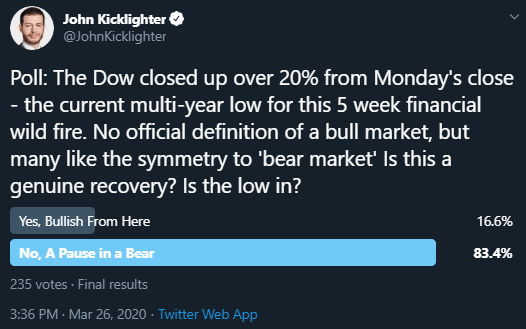 Speculative positioning broadly suggests a similar perspective. Looking at the positioning among retail CFD traders with accounts at IG, there has been an enormous swing in net interest this past week. As more than 70 percent of those with exposure to the derivative on the benchmark were bearing a short view. Looking into it more closely, the number of long positions has shrunk to levels commensurate to the levels preceding the tumble while short interest has more than doubled in a few days. 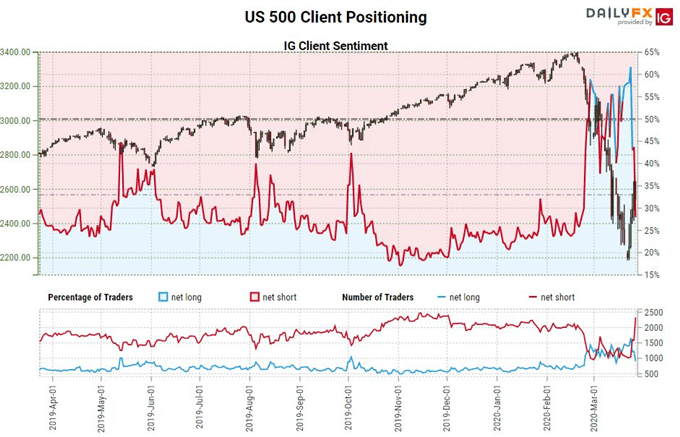 The Importance of the Dollar and Top Event Risk

As we keep tabs on the market-at-large, the correlation across assets – whether on the ‘risk’ or ‘haven’ side remains very high. Even where it may have eased in just the past few days, circumstances are likely to see it snap back into effect with little notice. In this environment, drawing conclusions from divergences will likely lead to more false starts than signals. Instead, I will keep close tabs on the more extreme borders of sentiment. In particular, the Dollar has shown its colors as a ‘haven of last resort’ this past month. That said, the astounding four-day tumble this past week in years and mirrored four-day EURUSD rally since August 2015 reflects an easing pressure of severe financial instability (credit crunch). Should this pressure be revived, my concern will increase exponentially.

Chart of EURUSD with 4-Day Rate of Change (Daily) 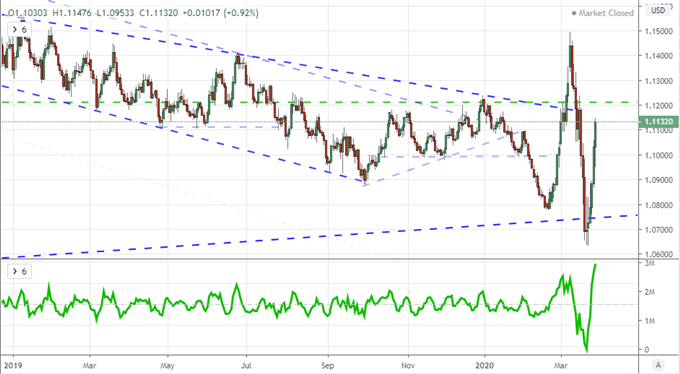 Meanwhile, sparks to keep the embers of optimism glowing or to sweep us back into a panic will likely lean more towards the reminders of an impending recession. The push and pull between a near certain deep recession and massive global stimulus is leaving us with an uncertain speculative backdrop. With the US government finally signing into law its $2.2 trillion stimulus program Friday after the close, we have pinnacle of global response to the pain. We will have to coast off of that effort for a while. That’s not to say more support is impossible, but its efficacy will diminish severely. Alternatively, most indicators over the coming weeks will show us varying degrees of recession risk. Can sentiment wholesale discount this reality?

Chart of Google Trends in Recession and Financial Crisis 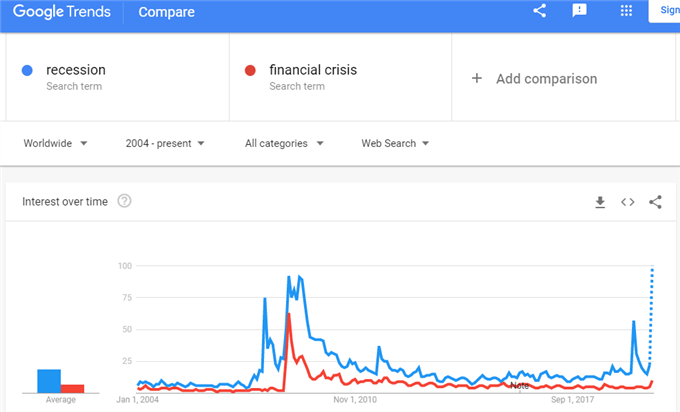 In a backdrop where sentiment exists on a hair trigger and pain is inevitable, influence will skew towards timely updates and converge where the data is closest to systemic in influence. This week, the US NFPs will hold serious potency. Last week’s initial jobless claims exacted serious economic concern (as it will this week), but the March full labor report will give a more comprehensive read on the damage. Sentiment surveys and PMIs will offer similar scale for intent and proxy of GDP. The Eurozone and US sentiment readings along with the Chinese and US (ISM) PMIs will be top figures to watch on my docket.

There are a number of unique fundamental and speculative developments to watch moving forward – like the Pound after the PM was diagnosed with COVID-19 and Canadian Dollar following Friday’s surprise 50bp rate cut – but Gold will be another important benchmark for the entire system. Whether or not they are effective, the world’s central banks are mounting an enormous upgrade to their stimulus effort. That will come with a cost to the value of the traditional fiat assets (currencies and government debt). Should risk aversion kick in and critique of the government influence grow, the precious metal is likely to gain. If risk aversion is severe and the commodity drops, on the other hand, we are likely experiencing a liquidity event. 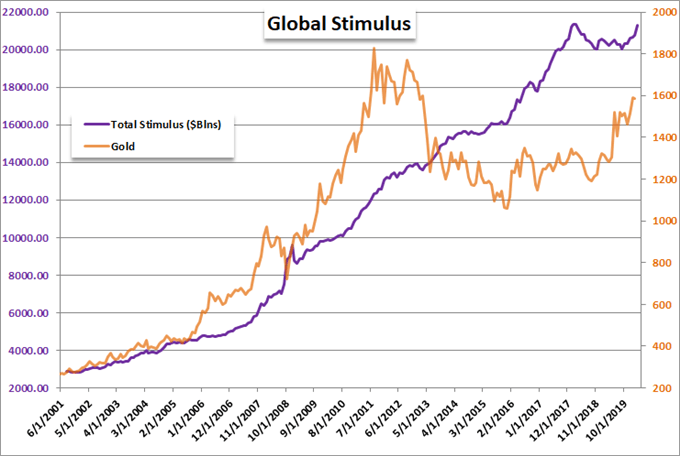