A 'Risk' Update as We Start a New Month

We have closed out another month of uncertainty in 2018. April drew to a close with a loss for US equity indices, though that weakness was not shared by all risk-sensitive capital markets. We could attribue some of the disparate weakness to unique headlines during the active New York trading hours - such as the intensified pressure on the Iran deal and countdown on the metal tariff exemptions - but the slip did not change conviction on a technical or systemic basis. Rather, we should take the occassion to evaluate our standing with risk trends on a longer duration given we are closing out April. The period ended with a modest pick up from March's close, which may give some a sense of relief. However, this shouldn't be intepreted as anything other than a brief respite from the inevitable return to trends either unwinding or escalating speculative indulgence. The longer benchmarks like the S&P 500 and other prefered 'risk' measures go without returning to their multi-year or record highs, the greater the risk that conviction born out of complacency and the euphoria of capital gains will fall apart. May starts with volatility at our backs, patience running thin and key theme (political risks, monetary policy, troubled growth) presenting diverse risks. 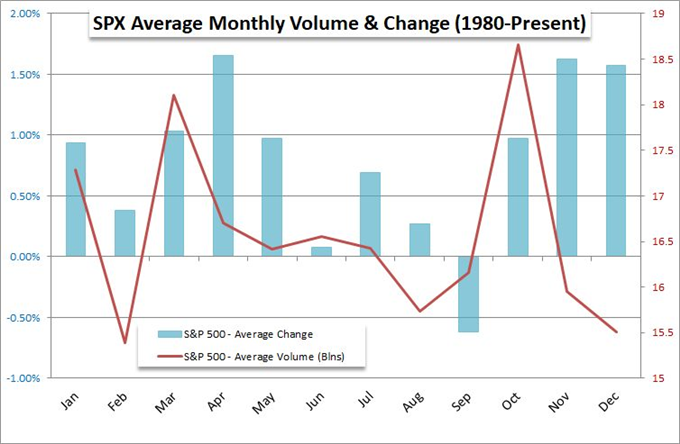 With the Dollar's effort to mount a recovery still in early days and notably uneven in its conviction, there is still a distinct need to find fuel to secure a true trend. Monday offered up motivation via a more traditional fundamental avenue: monetary policy. With the FOMC rate decision scheduled for Wednesday, the markets are likely more sensitive to event risk taht weighs in on the probability of further normalization by the Fed. The central bank's favorite inflation metric - the PCE deflator - offered up a modestly hawkish update for the past month. Headline inflation jumped from 1.7 percent to a target 2.0 percent pace and the core figure accelerated from 1.6 to 1.9 percent. Dampening any shock value, these figures were in-line with expectations, but the contribution to the underlying view of a motivated normalization policy is significant. That said, there is still a long-standing deviation between interest rate forecasts as measured by Fed Funds futures / swaps and the US Dollar. As such, it is difficult to find any serious impact from an economic update like this. That said, the contrast leveraged by the heavier ECB and BoJ dovish lean and the downgraded BoE forecast after the weak UK GDP last week exploits the unique position US monetary policy maintains. But is it enough to truly rally the Greenback?

One of the more effective means for swinging the Dollar to gains or losses these past years has been a collaborative effort by the benchmark's most liquid counterparts. A collective influence seems a distinct possibility yet again for the Greenback given the stretched position particularly for the Euro and Pound along with their recent struggles. The equally-weighted Euro index has yet to give up serious ground, but the currency is facing greater and greater fundamental pressure. Following this past week's dovish ECB rhetoric - on monetary policy bearings, not growth - we were met with a troubling update on inflation statistics for German, Italy and Portugal to start the week. That bodes poorly for the Euro-area CPI update due on Thursday. For the Sterling, Brexit remains the most effective accelerator and break. Adding to the concern over a clear path for the UK's divorce from the EU, the House of Lords voted for the power to block or delay the final Brexit agreement made with the regional economy. GBP/USD's heavy listing on range support carries with it a distinct concern over the the future. 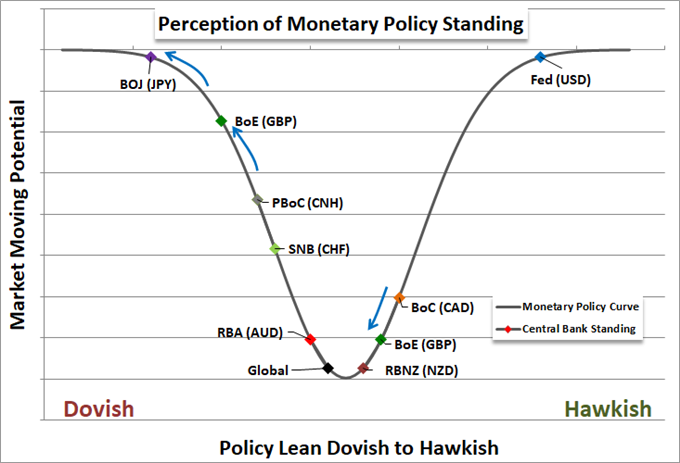 A range of scheduled and dynamic event risk lays ahead of us. For the traditional macroeconomic docket, there are a smattering of noteworthy economic releases. The US-based ISM manuafucturing report, the UK factory survey and Apple earnings are worth keeping on the radar. However, for more tangible impact, keep an eye on the RBA rate decision. While an actual change in policy is very unlikely, any inkling of a hike in the foreseeable future will be met with a charge befitting a currency completely deflated by persistent dovishness and in an environment that has seen the Euro rally post a remarkable charge higher despite a very vague time frame for tightening. Canadian GDP is another data point that can hold an inordinate amount of influence over its target currency. Given the dovishness of the BoC and ongoing uncertain over US trade, an economic report will be important for tempering or fully offsetting concerns. Finally, there are the open-ended risks. A particularly leveraged event will be the intentions for the Iran nuclear deal. The country's relationship with the US is important for the health of global risk trends, but it is acutely troubling for production and shipping in the Middle East. We discuss all of these ongoing themes and early market moves at the start of a new trading month in this Trading Video. 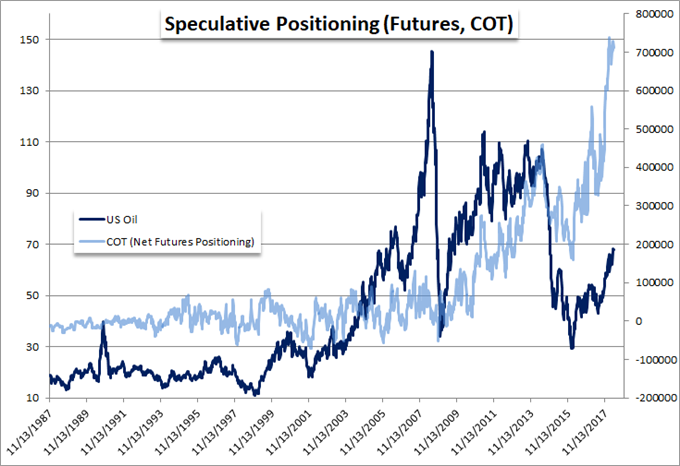