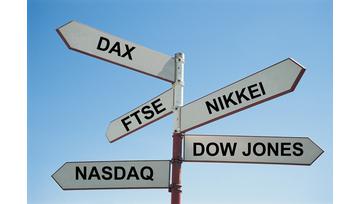 The Dollar held a steady bear trend through the first half of 2017. What is in store for the currency heading into the third quarter? Reversal recovery or an extension of the pain? Download the 3Q USD forecast to see my views.

The return to full liquidity for the global financial markets as the US came back online didn't carry much in the of volatility fireworks. It will take motivation to get this ship moving again at full steam, and the developments so far this week were not sufficient to compensate for the systemically-weighed liquidity levels. Nevertheless, the headlines meeting the refreshed trading rank were hitting upon some of the pressure points that have historically cued global fear. On the geopolitical front, North Korea reportedly successfully tested an ICBM raising anxiety of a nuclear war materially. Though this is still a low probability, the implications of drawing in nations to a global war and the explicit strain it adds to already taxed relationships (like that between the US and China) carry serious issues for overextending to extreme risk exposures. On another critical front, the IMF touched upon troubled trade conditions and global growth forecasts with its briefing note to G20 leaders before their summit on Friday-Saturday.

The IMF reiterated its views that the outlook for the US had cooled between its April and June forecasts with a distinct attribution to the United States withdrawal from global trade and the delay in proposals by President Trump aimed at domestic expansion (infrastructure spending and tax reform). The group further warned over the risks from China's debt binge, the uncertainty of monetary policy and simmering risks to financial stability. Yet, there were also positive elements such as the positive forecasts for the Euro-area, Asia and Emerging Markets. We'll see if their evaluations and suggestions are taken seriously at the meeting when official communiques and individual leaders' remarks cross the wires later this week. Meanwhile, top scheduled event risk on the day was the FOMC's minutes from its meeting last month. As expected, the central bank referenced the hawkish shift in its QE plans, but the group was split on timing for implementation. Inflation concerns were prominent through the standard monetary policy channel, but the reference to concerns over financial stability amid extreme low volatility and high equity prices among a 'few' echoed amid the complacent backdrop.

Despite the mixed view on the Feds' next move, the Dollar neither stumbled in its recent, nascent rebound nor did it solidify a recovery. There is Fed speak, an ISM service sector report and the private ADP payrolls report due ahead; but the real fundamental lifting likely rests with Friday's NFPs (and the breath holding on the G20 summit). Despite the abundance of motivation for the reticent Dollar, there was significantly more action from some comparatively unprovoked markets. The Australian Dollar was still feeling the pain from the RBA's decision to hold rates - noteworthy not in its actions but rather its inaction amid lower yielding currencies' shift. Oil too was a significant mover on the day with a tumble following its 8 day steady but reserved advance that seemed a rebuke of conviction yet also reflection of current market conditions (range bound and trend adverse). A currency to watch as we wait for themes or bigger events on Friday will be the Euro. The ECB meeting minutes are due; and unlike the FOMC, they have not explicitly stated their intentions on monetary policy next steps. We discuss what is moving and the opportunities ahead in today's Trading Video. 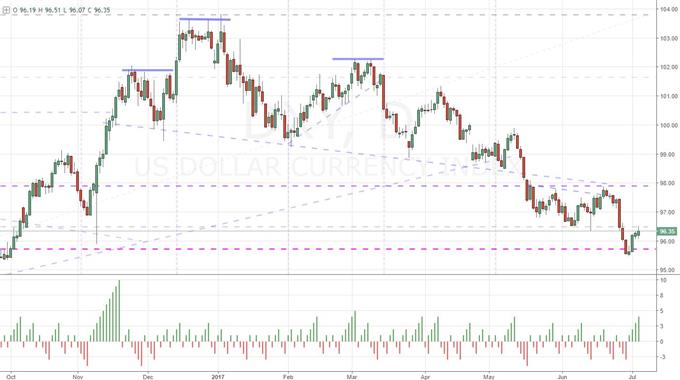 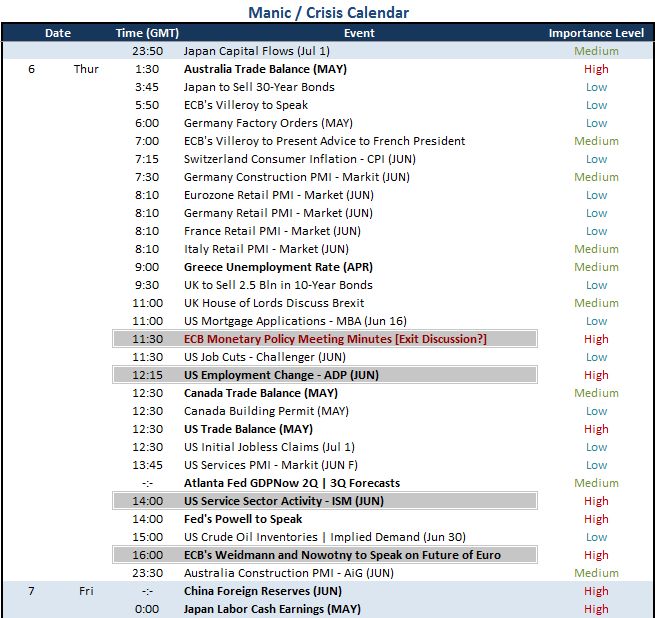 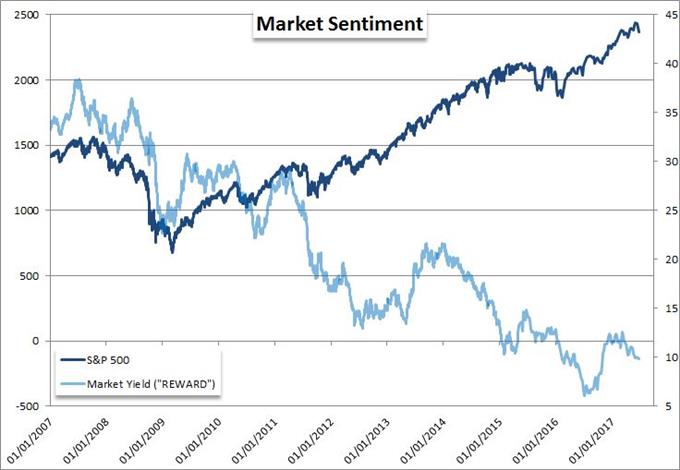