Looking for longer-term forecasts on oil prices or the Canadian Dollar? Check out the DailyFX Trading Guides.

Despite the enthusiasm across most asset classes during the second half of October, energy markets have proven rather downtrodden. Crude oil prices have traded lower every day over the past week, despite plenty of remarks from US President Trump that the US-China trade war was nearing an important turning point. Crude oil, which serves as a proxy for global growth expectations, has not bought into the narrative that a Phase One trade deal will be signed, but perhaps more importantly, that it won’t matter for global growth.

The latest developments – essentially bringing the American-Sino trading relationship back to its position in early-2017, before the US-led saber rattling began – suggest that the end to the US-China trade war won’t bring about a boon for the global economy. Instead, back to the status quo would likely translate to more middling gr 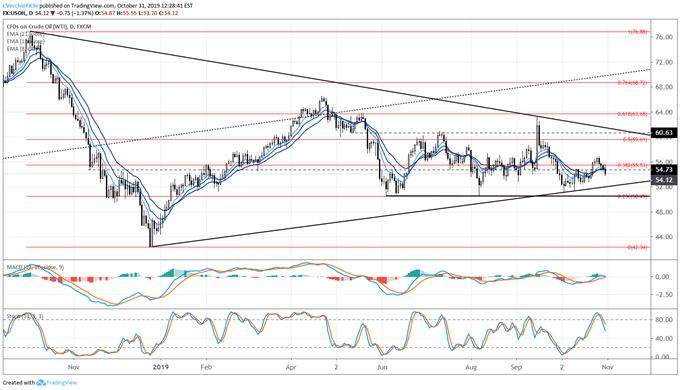 Crude oil prices have spent the month of October trading sideways – no different than the past several months. Sine June, crude oil prices have been trapped between the 23.6% and 50% retracements of the 2018 high/low range, from 50.49 to 59.61. Any significant concerns about a potential supply shock after the news of the drone attack on Saudi Arabia’s Abqaiq facility have been eliminated, as price reflects as much.

Crude oil prices are now back below their daily 8-, 13-, and 21-EMA envelope, but bearish momentum is very soft. Daily MACD continues to rise although has started to turn near the signal line (currently in both bullish and bearish territory), while Slow Stochastics have just started to pullback from overbought territory. Only a break through 50.49 would warrant aa significant consideration of a bearish breakdown. 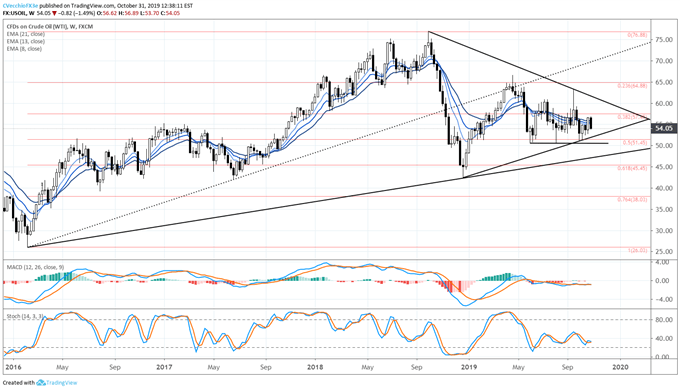 The failed bullish breakout from the descending triangle in place since the end of September 2018 and May 2019 has shifted focus once again to the downside. But prices have failed to gain any traction, although prices have may have a downside bias, continuing to trade below the rising trendline from the 2016 and 2017 lows. Crude oil prices are back below their weekly 8-, 13-, and 21-EMA envelope. Meanwhile, weekly MACD has started to turn lower in bearish territory (just below the signal line), and Slow Stochastics have narrowed just above oversold territory. More clarity is needed. 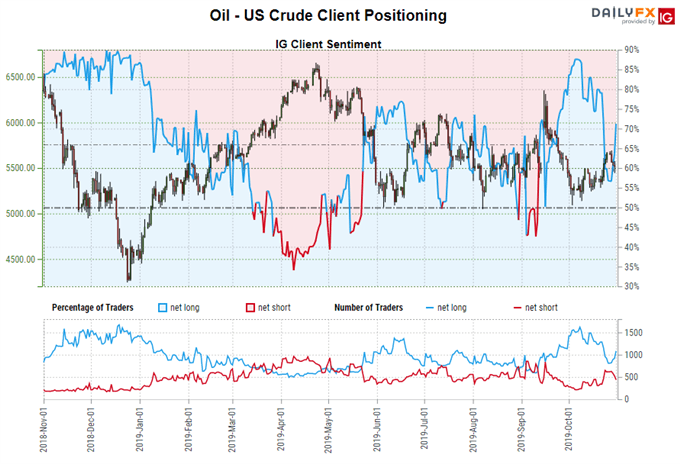 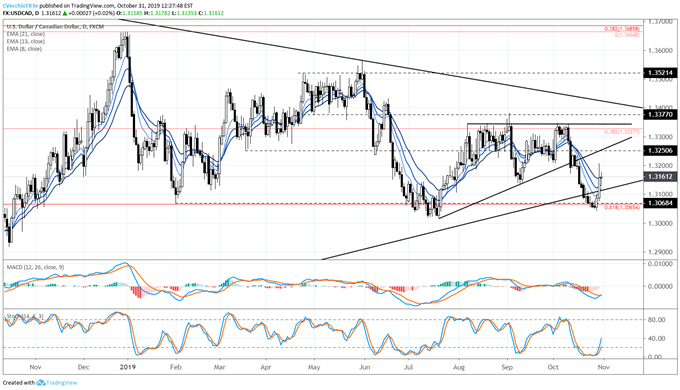 The shift in tone by the Bank of Canada coupled with the weakness in crude oil prices has given USD/CAD good cause to rebound in recent days. USD/CAD is now above the daily 8-, 13-, and 21-EMA envelope (albeit not in bullish sequential order). Daily MACD is turning higher below (albeit in bearish territory), while Slow Stochastics have just moved up out of oversold territory. The area where USD/CAD found support this week is important two-fold, as seen on the weekly chart. 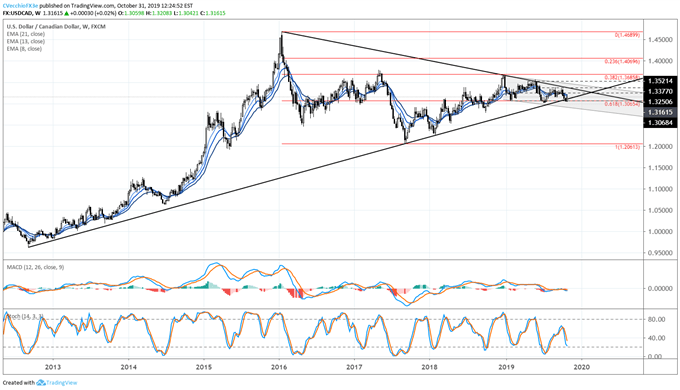 There are two major support regions that came into play for USD/CAD this week. First, USD/CAD rates found support on the trendline from the 2012 and 2017 lows. Additionally, USD/CAD was able to turn higher from the 61.8% retracement of the 2016 high to 2018 low range at 1.3065.

For now, USD/CAD is below the weekly 8-, 13-, and 21-EMA envelope. Weekly MACD is just turning lower below its signal line. Meanwhile, Slow Stochastics continue to shift to the downside. Near-term gains by USD/CAD may be masking more significant bearish potential on a longer-term basis. 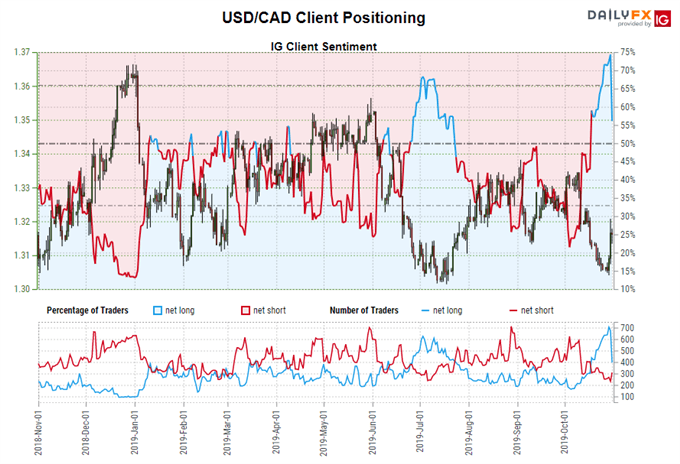