Positioning Ahead of US CPI

The US Dollar's push to fresh yearly highs comes ahead of the widely anticipated June US CPI report, which should provide more justification for the Federal Reserve to raise rates by 75-bps later this month.Fed funds futures suggest that there are 175-bps worth of rate hikes due between now and the end of 2022 (75-bps in July; 50-bps in September; 25-bps in November; 25-bps in December), which are helping prop up the greenback.

Further US Dollar strength in the near-term – at least until the US inflation rate report on Wednesday – appears likely now that USD/JPY rates are breaking out higher. The Yen remains particularly vulnerable, having been unable to catch a bid despite the recent pullback in energy prices and global bond yields. 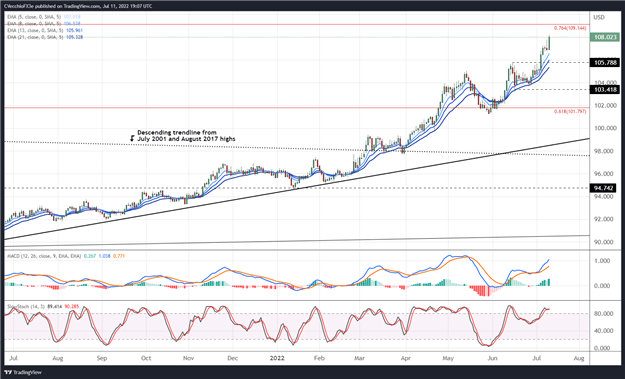 The DXY Index continues to trade higher after breaking out of the high/low range (103.42/105.79) carved out around the June Fed rate decision. Bullish momentum is gathering pace, with the dollar gauge above its daily 5-, 8-, 13-, and 21-EMA envelope, which remains in bullish sequential order. Daily MACD is stretching higher above its signal line, and daily Slow Stochastics are holding in overbought territory. While the measured target higher was achieved today (+2.37 points to 108.16), there still exists a magnet for price to reach for a bit higher: 109.14, the 76.4% Fibonacci retracement of the 2001 high/2008 low range. 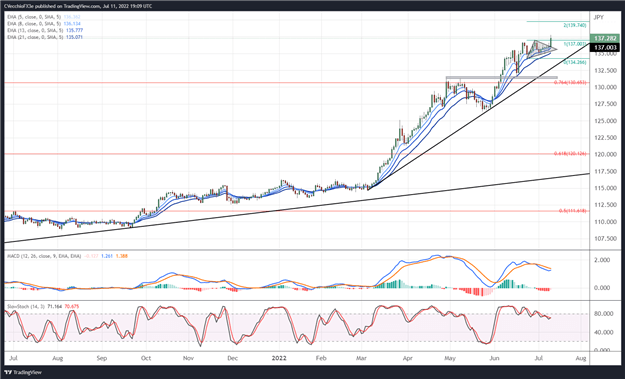 USD/JPY rates reached their highest level since September 1998, breaking out of a short-term symmetrical triangle that had been forming over the past two weeks. Bullish momentum is starting to reassert, with daily MACD close to issuing a bullish crossover above its signal line, while daily Slow Stochastics may turn higher into overbought territory again. The equidistant measured move from the triangle low/high range calls for a continuation move to 139.74 in the near-term. 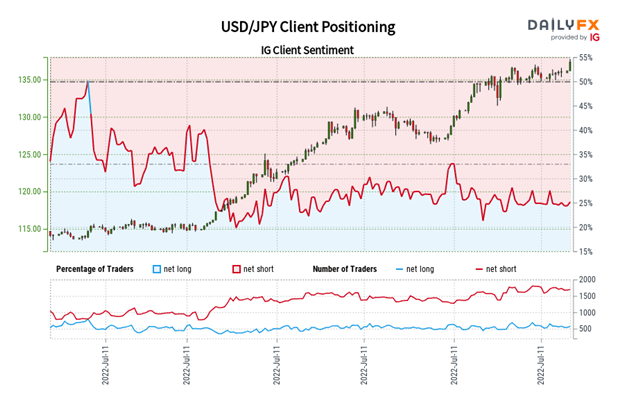