USD Rise at Risk of Topping Out as Trump Signals Displeasure

Yesterday, the US Dollar break above key resistance on the upside and printed a fresh 2018 high at 95.29. However, failure to consolidate at these levels led to a pullback yet again, while comments made by Trump that the strength in the Dollar puts the US at a disadvantage also prompted sharper losses. In turn, this has raised the possibility that the USD rise from mid-April is indeed stretched suggesting a potential top in nearing.

President Trump’s Comments and Impact on the US Dollar 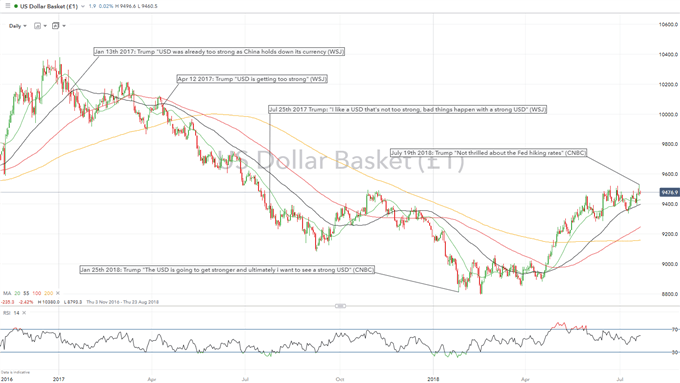 Speculators Very Bullish on the USD

Large speculative longs reside in the USD, which is currently valued at around $17.94bln, which is the highest since March 2017. Subsequently, the extreme USD long positioning suggests that modest upside in the greenback can be seen from these current levels, whiles risks suggests that a pullback in the USD is possible. 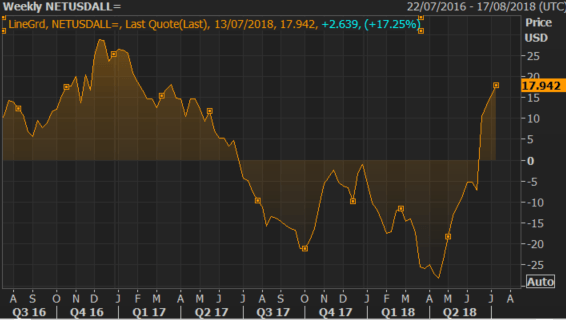 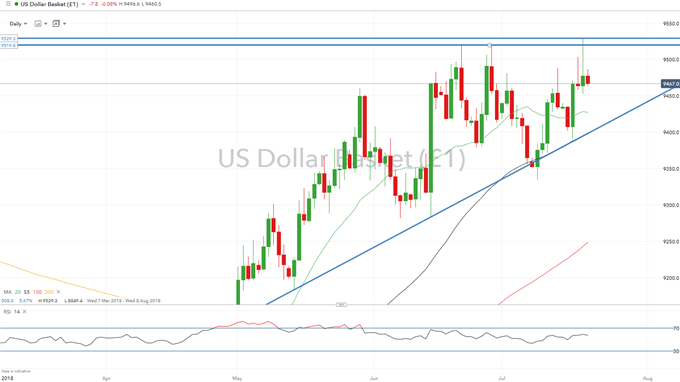 Upside resistance from 95.2-30 remains prominent and could keep price action capped for now. A clean break is needed to for the USD rally to continue, however, with trend signals beginning to shift lower, alongside the large long positioning. There is scope for a pullback in the greenback with eyes on the trendline support which sits at the 94 level.