ASX200 Technical Analysis: Stall Leave Bulls With All To Prove

New to financial market trading? Don’t worry, the free DailyFX Guide was expertly written for you

The ASX 200’s latest up-move has failed short of a key previous high which guards the way back to the ten-year peak seen in early January.

To get back to that level (6158), the Sydney stock benchmark needs to first recapture the 6097.4 point which marked the former significant high of February 1. An impressive uptrend from February 11 certainly seemed to have the momentum to take a stab at that point, but the last couple of days’ trading action has seen the climb peter out. 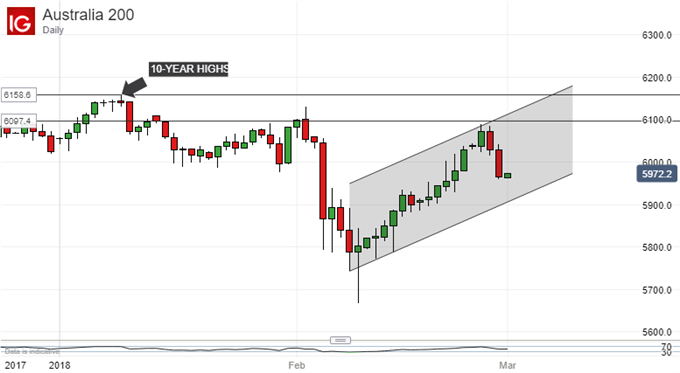 That said, current falls have only so far taken the index a whisker below the first, 23.6% Fibonacci retracement of its rise from early February. That comes in at 5988.9. It’s not impossible therefore that the bulls will be able to get back on track, but if so then they probably haven’t got long at all to prove their point. It’s likely that the index will need to close above that point either Thursday or Friday. 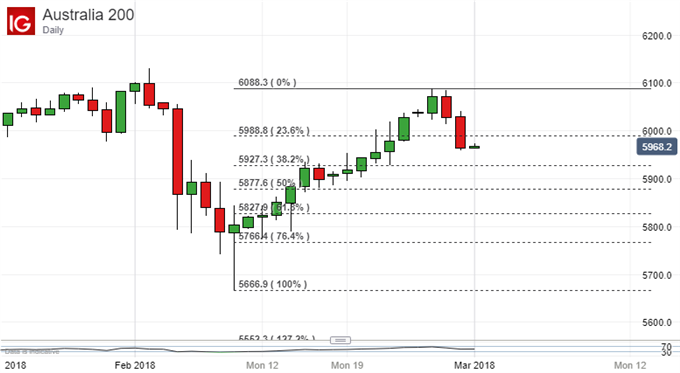 As for the upside, well the old bugbear of 6,000 still seems to glower over this index. The bottom line is that it is not comfortable above there, as indeed it hasn’t been for about ten years. A long, monthly candlestick chart shows that the ASX’s uptrend from the financial crisis lows of 2009 is still very much intact. However, unless it can push on from current levels- and there’s little sign so far that it can, the ASX may be topping again around current levels which also capped it during the last notable monthly-chart up-move, that of 2015. 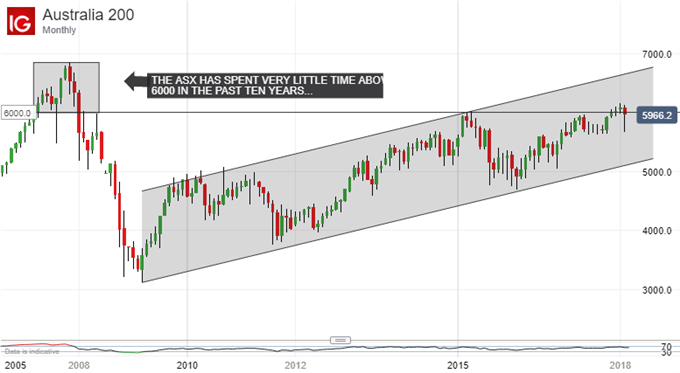