Technical traders soon learn that moves rarely happen in isolation. In Elliott Wave (learn more here) moves in the direction of the trend tend to take place in five ways, and counter-trend moves tend to happen in three waves.

Regardless of whether you think this is a new bear market or a bull market correction (the latter is getting harder to argue), there appears to be more selling to come. However, a bounce, albeit a small bounce relative to the decline, could be taking form post-OPEC+.

Looking at the chart above, the clear resistance for such a bounce to terminate utilizing Ichimoku as a guide would be $56/bbl. (the 26-day midpoint and Kijun sen) or into the cloud near the 38.2% retracement of the October-November decline near $59/bbl. The latter level is also well within the cloud, which tends to catch the first true retracement before trend continuation.

Bottom buyers will no doubt be encouraged by the ~5% rally on Friday, but resistance continues to loom large at $56/59 with a worsening global economic growth outlook that could cause the wind to blow in the bears favor soon. 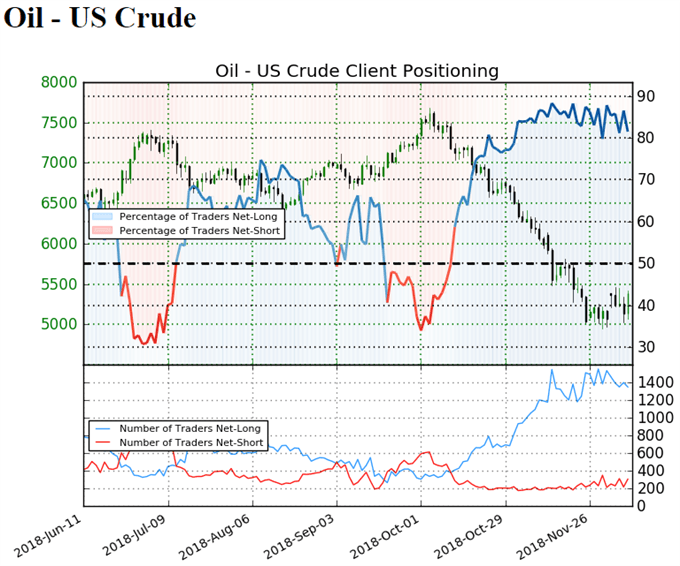