GBP/USD, AUD/USD Expected to be the Most Volatile Currencies This Week 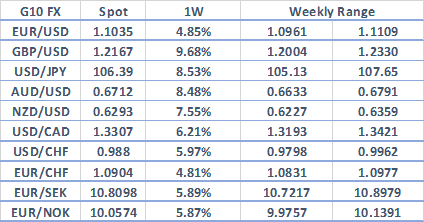 Most Volatile Currencies This Week 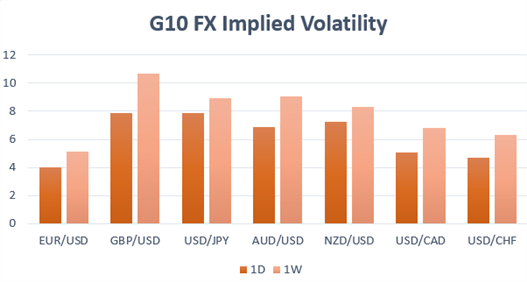 GBP/USD | Parliament Recess is Over

Over the course of this week, the Pound is expected to be among the most volatile currencies as MPs return to parliament. Consequently, headline risk pertaining to Brexit will be notably elevated, particularly after the Queen accepted Boris Johnson’s request to prorogue Parliament, which in turn will see Parliament suspended from September 12 - October 14th. As such, MPs who oppose a no-deal Brexit will have less time to use legislative procedures in order to block a no-deal Brexit, thus this raises the likelihood that opposition parities may look towards putting forward a motion of no-confidence in the government. Aside from Brexit, Sterling traders will also focus on the upcoming PMI surveys, which will also provide an insight into how the economy performed in Q3. 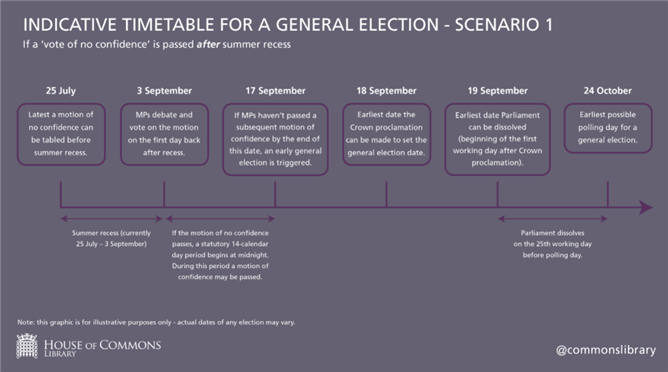 GBP/USD 1-week ATM break-even straddles imply a move of 143pips(meaning that option traders need to see a move of at least 143pips in either direction in order to realise gains). 25 delta risk reversals have also shown a slight bias to the downside as GBP puts trade a premium to GBP calls, however, this has eased in recent weeks as GBP/USD pulled off its recent lows

The Australian Dollar is also expected to be among the top movers this week. However, this is likely to be dictated more so by the external environment, most notably trade wars with additional tariffs set to take effect from September 1st, as opposed to the RBA rate decision where expectations are for the central bank to stand pat at 1%. Nonetheless, the central bank is likely to retain its dovish bias and signal that they are willing to act and ease policy further if needed. Currently, money markets are pricing in roughly a 12% chance that the RBA will cut the overnight target rate to 0.75%.