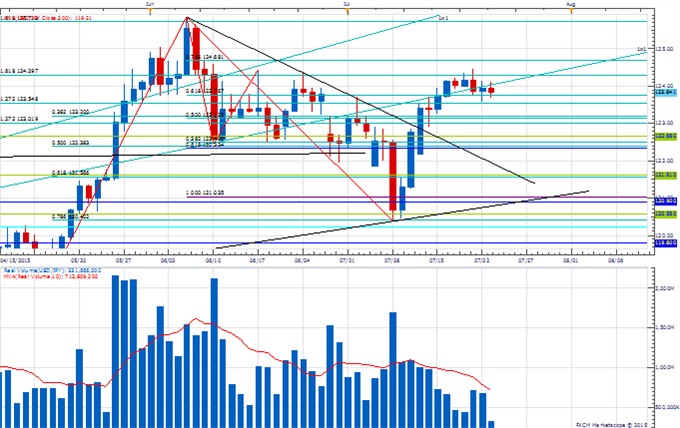 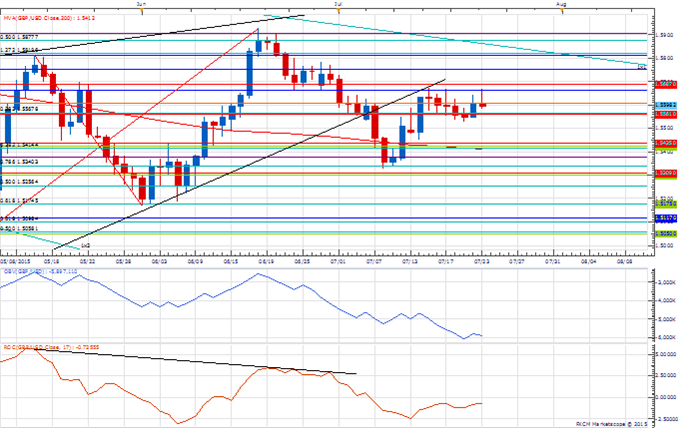 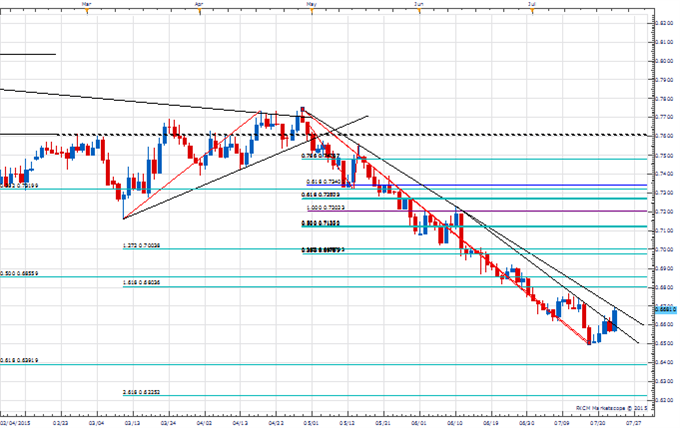 We wrote last week about the extreme negative sentiment picture developing in NZD/USD and the propensity for such conditions to lead to some fairly sharp counter-trend moves. Almost on cue after touching the 5% bulls level on the DSI the kiwi began to rally at the start of the week (helped by comments from the NZ Prime Minister – a former FX trader). Last night’s decision to “only” cut the key rate by 25 basis points (some were looking for 50bps) and a less dovish than expected accompanying statement has forced a further scramble for a wrongly positioned market. The key level to watch over the next few sessions looks to be the trendline connecting the May/June highs around .6700. A daily close or two above .6700 would warn that a deeper retracement is at hand while a clear failure here at resistance would open the way for a move to test long-term Fibonacci attraction around .6400.