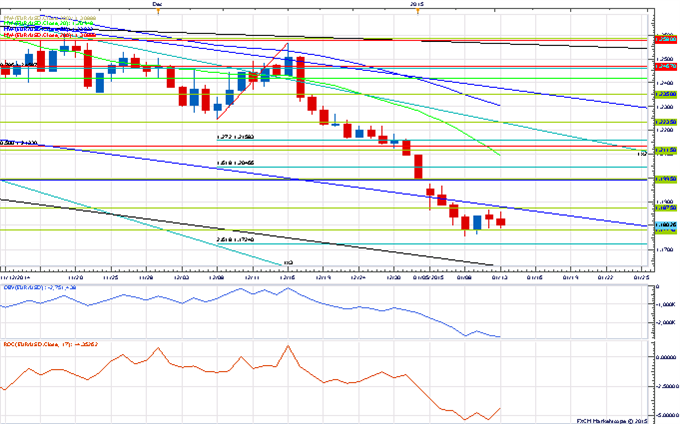 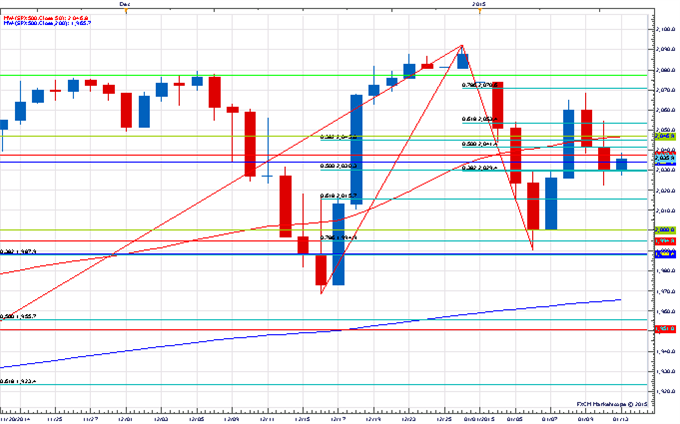 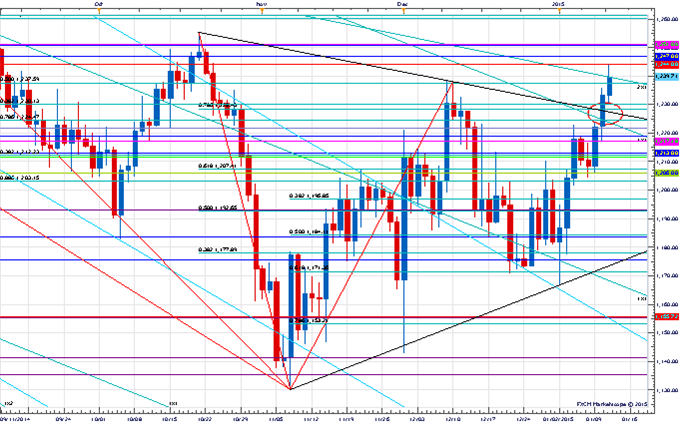 XAU/USD has broken above a slew of key resistance levels over the past 24 hours including the 1x1 Gann angle line from the 2012 high, a trendline connecting the October and December highs and the December high itself. The trendline break is perhaps the most significant as it could also be interpreted as the neckline of a multi-month inverse head & shoulders pattern which sets the stage for a period of greater strength in the metal. From a currency trading perspective we can’t help but wonder if this strength in Gold is an early warning sign for the USD in general and suggestive of a looming counter-trend move? So far our fears on the extended nature of the dollar trend have been unfounded, but the conditions for a decent correction remain firmly in place. As for XAU, a Gann level at 1244 is the next big pivot on the upside with traction above needed to prompt another important push higher. Weakness under 1205 would cause concern, but only weakness under 1166 would turn the technical picture outright negative again.