In the week to April 20th, the latest CFTC data highlighted that USD shorts saw its largest increase since January, following a $2.2bln rise. That being said, total bearish bets on the greenback is still some way off the peak $35.6bln short position seen in January. This also coincided with the Euro seeing a pick up in net longs ($2.1bln), which somewhat matches the recent change in sentiment in the single currency as rising vaccination rates and narrowing bond spreads underpin.

Across the commodity currencies, investors boosted their net longs in the Canadian Dollar ahead of the BoC meeting, which had been led by fast money accounts (+$730mln). Following a hawkish meeting, where the BoC tapered QE and signalled that rate liftoff could take place as soon as 2022, the Canadian Dollar is once again edging towards its YTD peak against the USD. Elsewhere, the positioning in the Australian Dollar flipped to net short for the first time since February as long positions were liquidated, although as the Aussie’s terms of trade improve with iron and copper prices on the rise, the latter hitting a 9 year peak, downside appears limited for now.

Despite the correction in spot JPY, positioning in the safe-haven currency weakened slightly with net shorts rising by $170mln. For the direction in the Japanese Yen, the clearest guidance is likely to stem from US yields, which have been the key driver for the currency. Similarly, another safe haven where sentiment had deteriorated was the Swiss Franc as the currency slipped back into net-short, although overall position remains neutral.

As I noted last week, the Pound had been the largest bull bet in the G10 complex (adjusted for open interest) and as such, highlights the fact that a lot of good news has been priced into the currency, perhaps a reason why spot GBP has struggled in recent sessions. As UK growth is expected to propel higher, the focus now will be on the BoE’s reaction to the improving fundamentals of the UK economy. 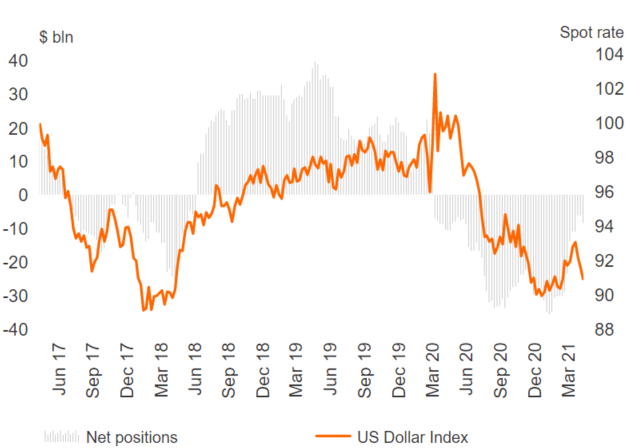 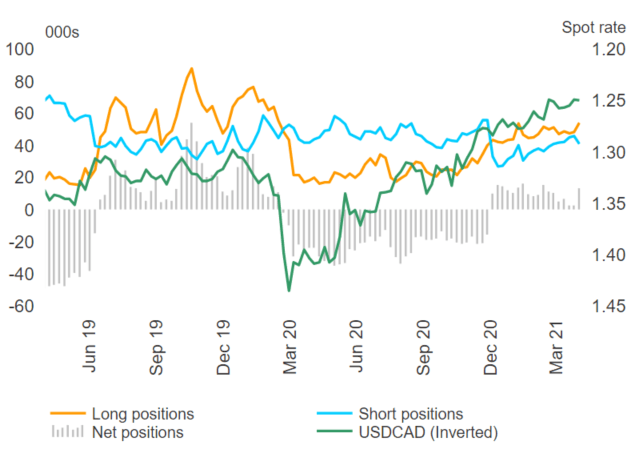 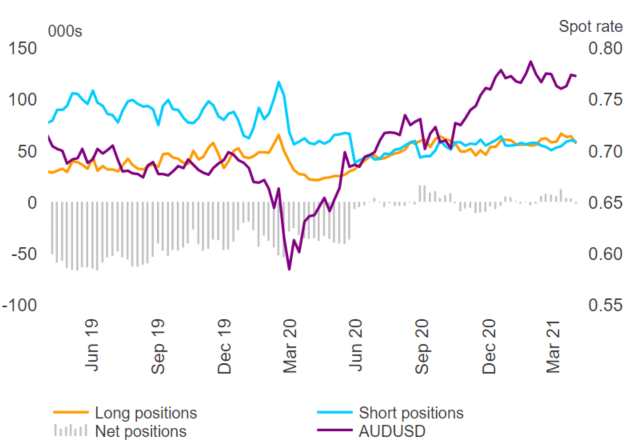