In the latest reporting week to March 16th, CFTC data showed that USD short positioning continued to be aggressively cut back by $9.7bln. Another cycle high reduction in USD shorts, which had largely stemmed from leveraged funds (fast money accounts). Flows into the USD has been a factor of primarily the upside seen in bond yields with rate differentials moving in favour of the greenback, alongside the continued easing of optimism elsewhere, most notably Europe, which is heading into a third Covid wave. In turn, with growth in the US likely to outperform Europe further thanks to the $1.9trilllion fiscal package, risks remain tilted to the downside for EUR/USD.

The most interesting developments in the CFTC data has been the capitulation of net-JPY longs (-$5.26bln), which have flipped to net-short for the first time in over a year. As I have mentioned previously, USD/JPY has predominantly been a rates play, thus while USDJPY may be technically overbought, until the bond market shows a period of calm I will not be stepping in to call for a significant reversal in the pair just yet, however, further upside in the pair may be limited.

Across commodity currencies, the New Zealand Dollar saw a sizeable reduction in long positioning (-0.8bln), which perhaps explains why the Kiwi has underperformed vs AUD during bouts of risk aversion, given the excessively net-long positioning. Little in the way of notable changes in the AUD or CAD, however, I expect CAD to outperform AUD in the near term on US exceptionalism.

Despite a relatively muted change in positioning, net-longs in the Pound are beginning to look somewhat elevated with net % of open interest at 19.3% (largest across the board), suggesting that GBP is at risk of overshooting on pullbacks. 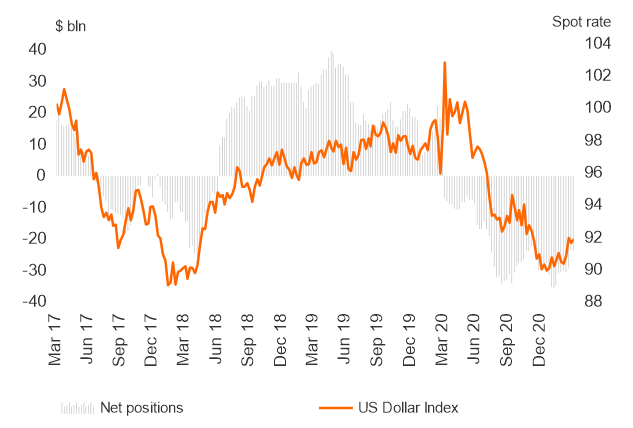 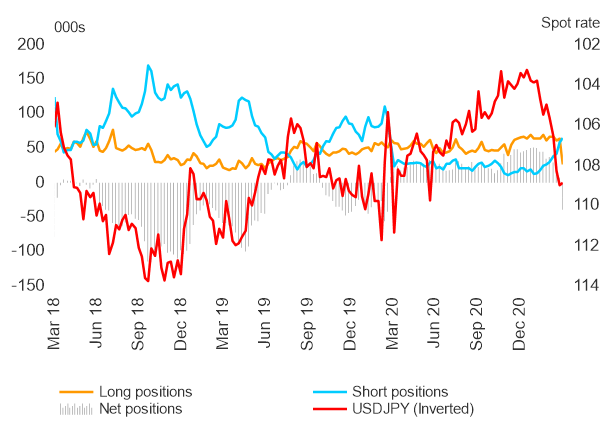 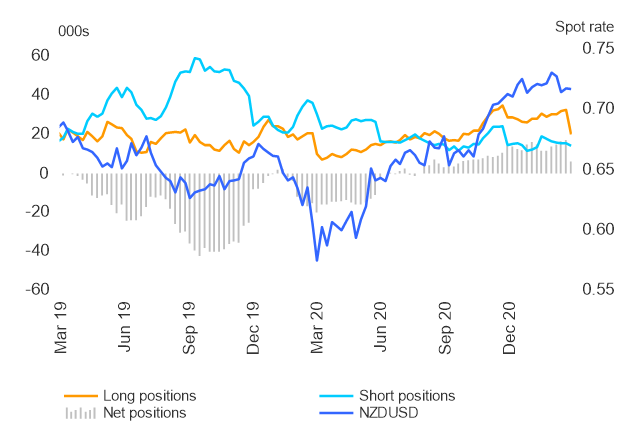