Euro Sentiment Softens, Are US Dollar Bears Heading for the Exit? - COT Report

Euro Sentiment Softens, Are US Dollar Bears Heading for the Exit? - COT Report

The week through to the end of June showed that speculators had cut back on their aggregate bearish USD bets, with net shorts reduced by $2.9bln to $13.9bln against G10 currencies. This had been almost entirely due to the adjustments in Euro positioning, which saw a liquidation in long bets, while shorts had also picked up, resulting in a $2.85bln cut in net longs. That said, in the absence of a notable deterioration in risk appetite, Euro bulls are likely to remain optimistic in the run-up to the EU summit, in which the key focus will be on the recovery fund proposal.

Once again investors have added to their bearish bet against the Pound, albeit modestly in the latest reporting week. The deadline for an extension to the transition period has passed and as such, the clock will be ticking for the UK and EU to reach an agreement. In turn, political tensions between the two parties will likely remain a headwind throughout the Summer period, therefore, capping any rallies in GBP, unless material progress is made.

The Japanese Yen saw a pullback in net longs (-$460mln) as risk sentiment remained supportive. However, while JPY crosses had been buoyed, USD/JPY is seemingly biased lower with the pair failing to hold above the 108.00 handle as US-JP bond spreads signal further downside towards 107.00.

Across the commodity currencies, there had been little in the way of notable positioning changes with speculators continuing to hold a relatively neutral view on the AUD and NZD. While overall positioning in the Canadian Dollar is bearish, the plethora of CAD/oil data ahead of next week’s BoC monetary policy meeting could see investors lighten up on net shorts. However, we expect the Loonie to remain within a broad 1.34-1.37 range with key support situated at 1.3490-1.3500. 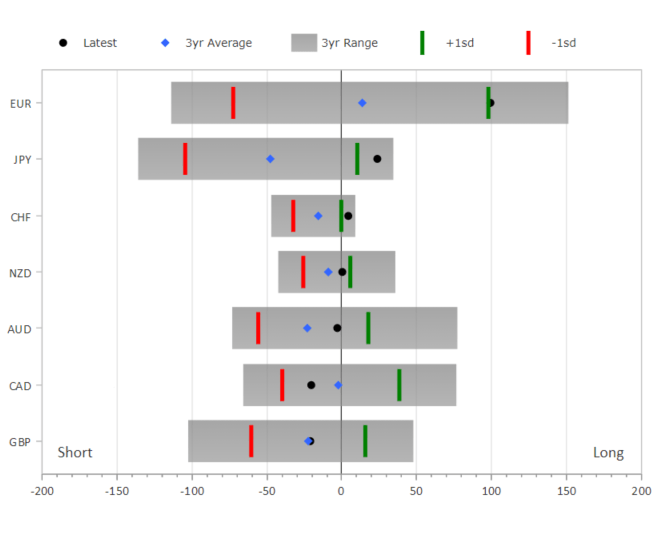 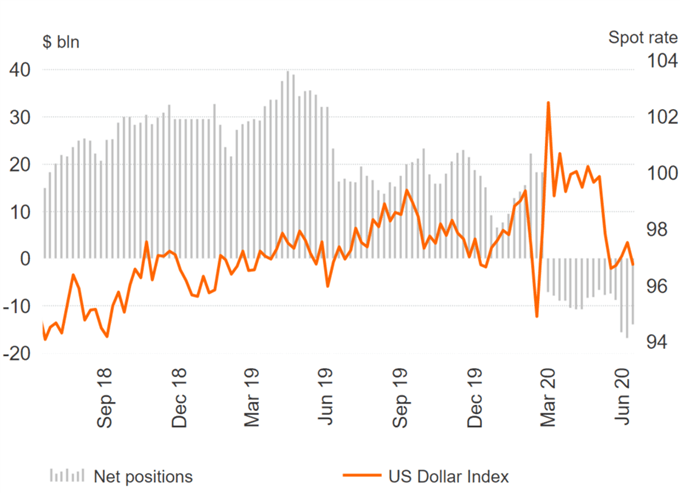 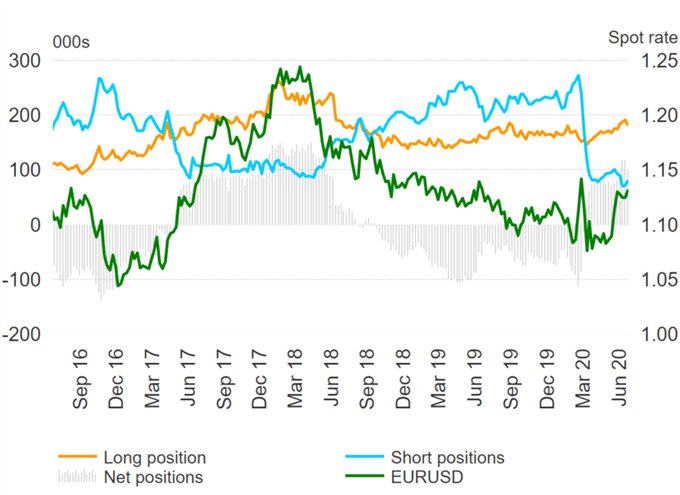 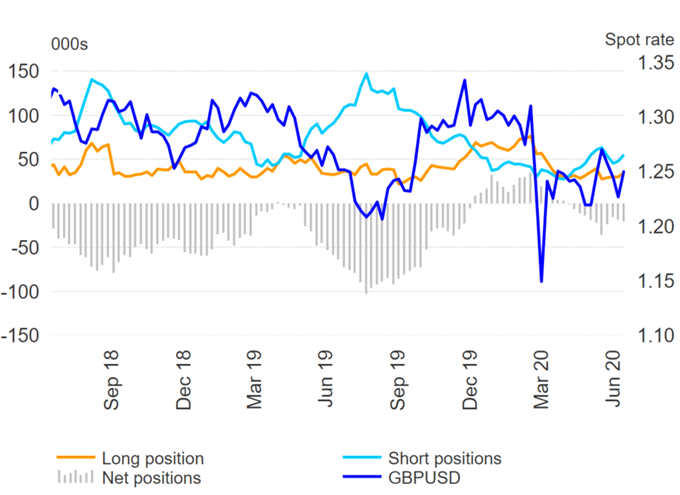 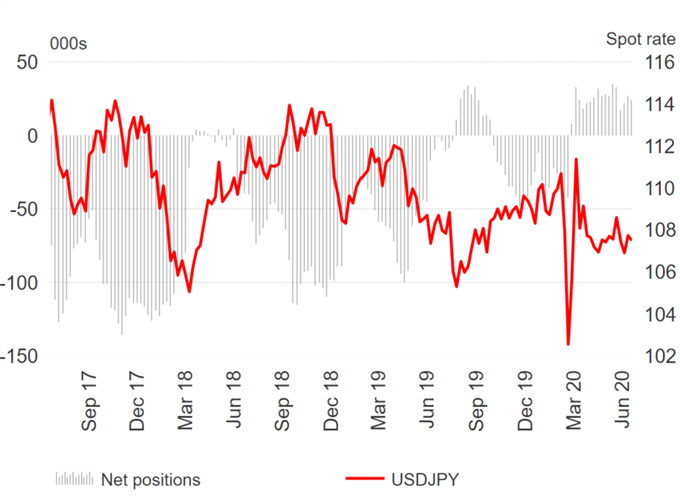 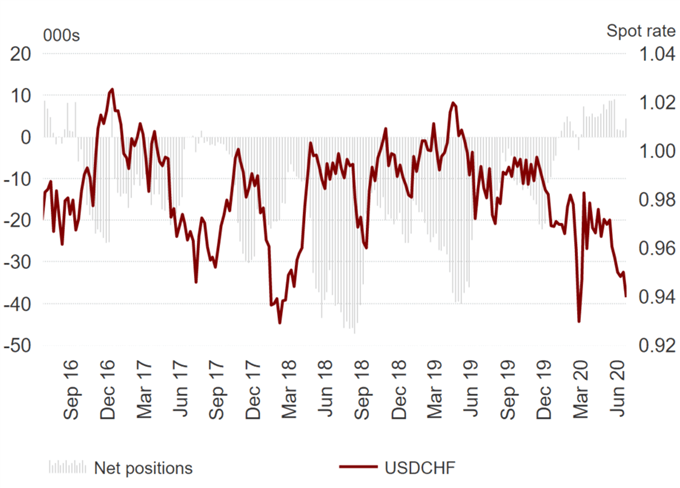 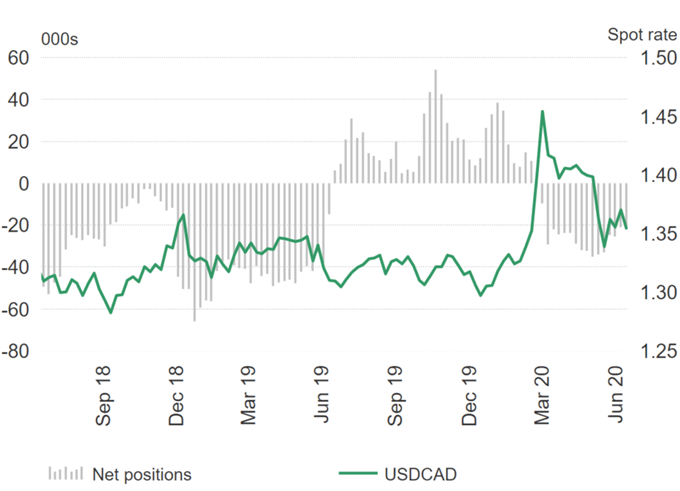 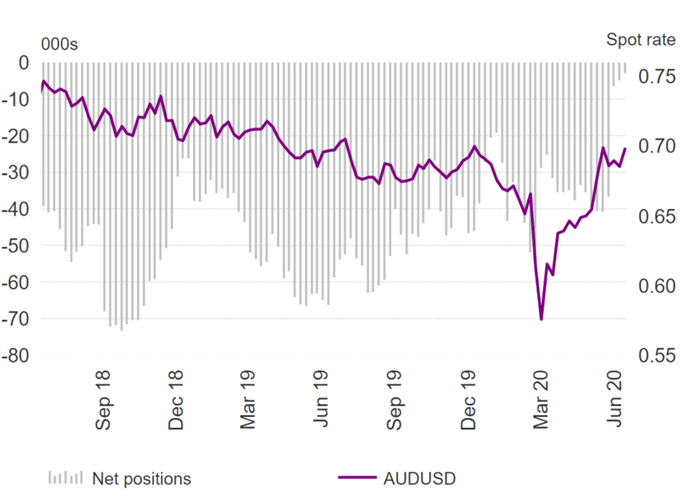 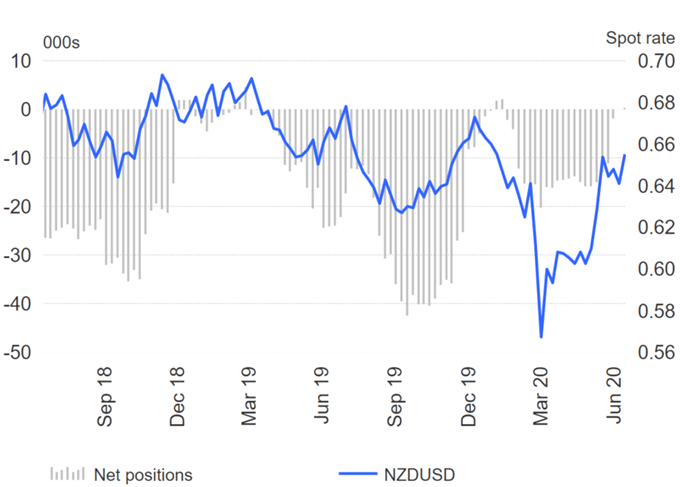