Gold: In a week that started with an escalation of tensions between the US and Iran, the precious metal remained in demand with investors boosting their gross longs by 5%, while shorts rose 18%, which in turn saw net longs rise by 3%. However, keep in mind that this data does not cover the period in which there was a subsequent de-escalation in tensions towards the latter stage of the week, prompting a pullback in Gold from a high of $1611. Elsewhere, silver net longs saw a reduction for the first time in a month (-2k lots) as shorts rose 15%.

Oil: A 5th consecutive week of speculative buying in Brent crude oil, however, following the reduction in geopolitical tensions, fresh longs have been caught wrong-footed as Brent crude oil saw a notable 10% pullback from the 4-month peak at $71.08. As we noted last week, heightened geopolitical risks can lead to sharp spikes, however, given the markets flexibility in order to cushion the potential supply risks, the impact tends to be short-lived with this case being no different.

Copper: A reduction in gross longs by 7% combined with a 7% uptick in gross shorts has taken overall net positioning to flat, having dropped over 10k lots. Despite this however, given that the US and China are expected to sign the Phase 1 trade deal on Wednesday 15th, copper prices remain underpinned. 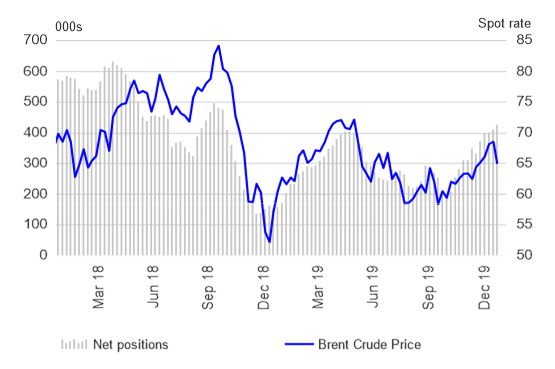 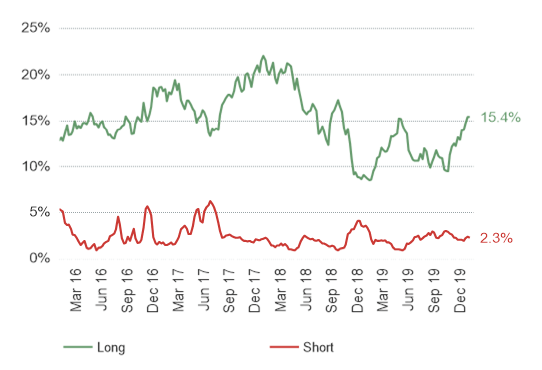 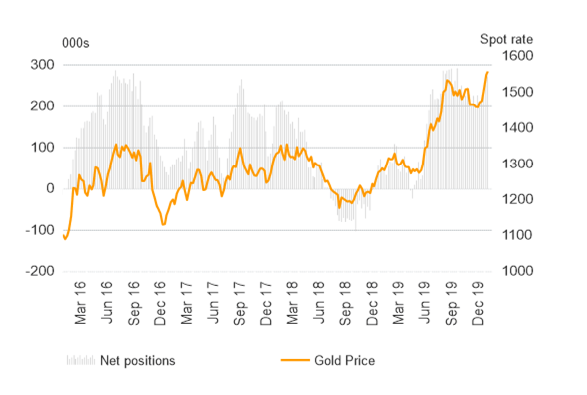 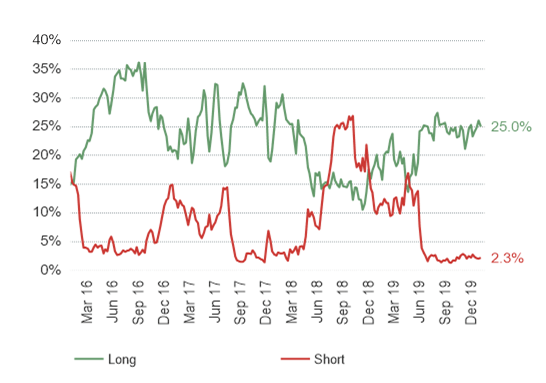 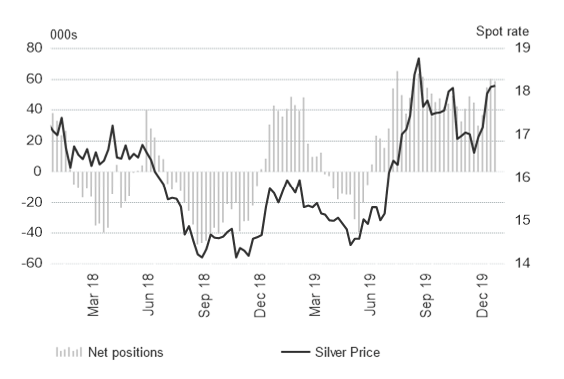 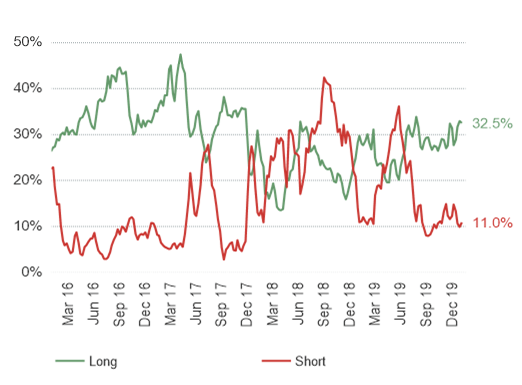 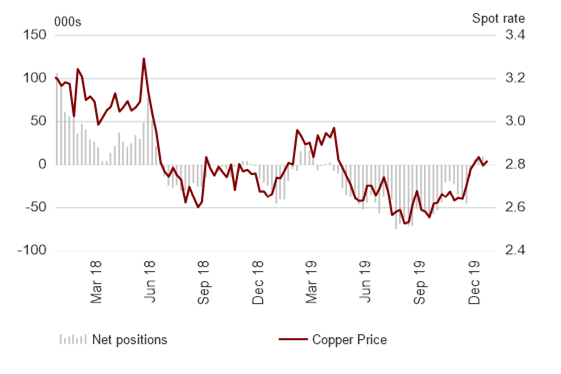 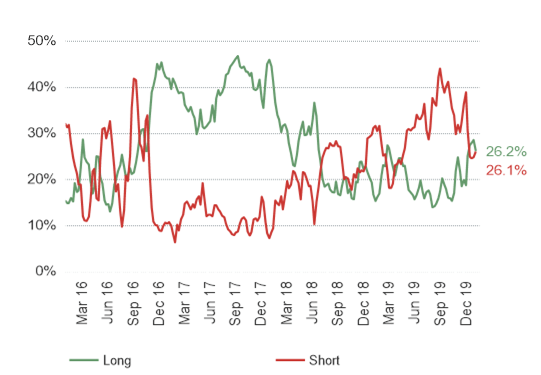