Gold: In the week to December 3rd, uncertainties surrounding US-China trade talks following US President Trump’s comments that it could be better to wait for a trade deal until after the 2020 election, prompted speculators to seek safety in gold. Consequently, hedge funds had raised their long positions by 9%, while shorts were cut by 3%. That said, given Friday’s strong US NFP report, it is likely that much of the speculative buying in gold would have been reversed by the end of the week, thus the precious metal remains vulnerable to fresh optimism pertaining to the official signing of a phase 1 agreement between the US and China. As a reminder, the deadline for the next round of tariff increases is on December 15th, where this will impact $156bln worth of Chinese imports.

Silver: Positioning changes in silver were modest, with managed funds reducing their bullish bets by 3% and raising their shorts by 5%. In turn, this explains the underperformance against gold with the gold/silver ratio at the highest since August.

Oil: After weeks of speculative buying in Brent crude oil, investors appeared to have taken their foot off the gas ahead of the OPEC meeting with net positioning easing some 5%. However, with OPEC agreeing to cut oil production by an additional 500kbpd, taking the OPEC+ target to 1.7mbpd. This is likely to keep oil prices underpinned, although for further upside, market participants will be awaiting a resolution in the near term over the US-China trade war.

Copper: Yet again, sentiment continued to deteriorate for the industrial metal as investors raised their bearish bets on copper by 8% with longs reduced by 5%. However, with that said, Friday’s reaction to the NFP report provided us with a reminder that a notable improvement in the economic outlook is likely to see investors wrong-footed and spark a sizeable reversal in copper. 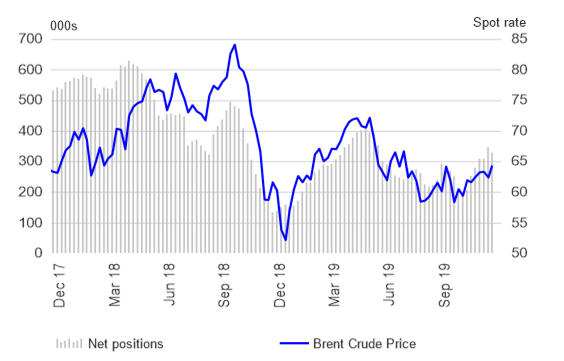 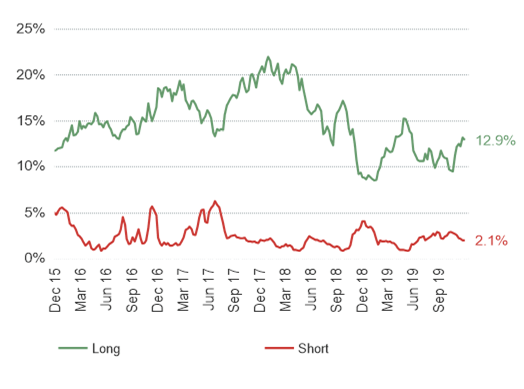 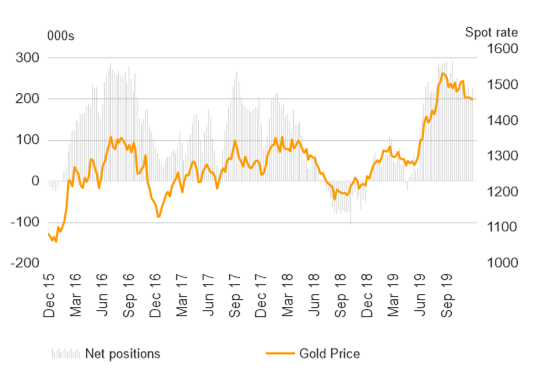 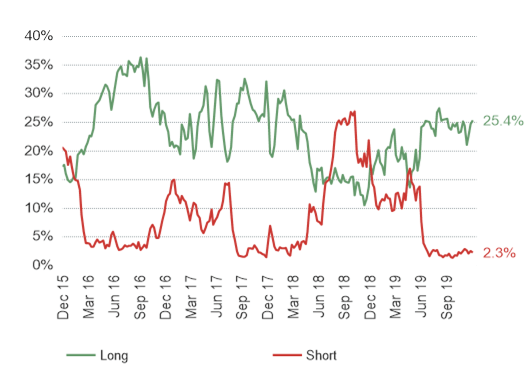 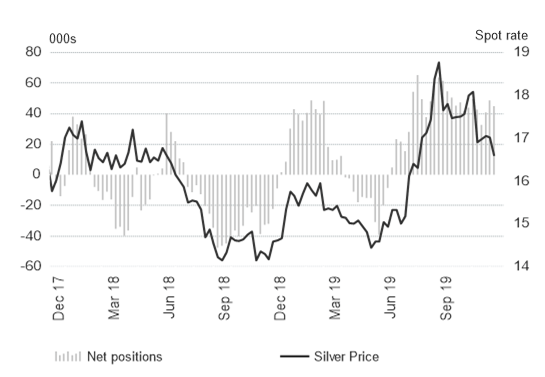 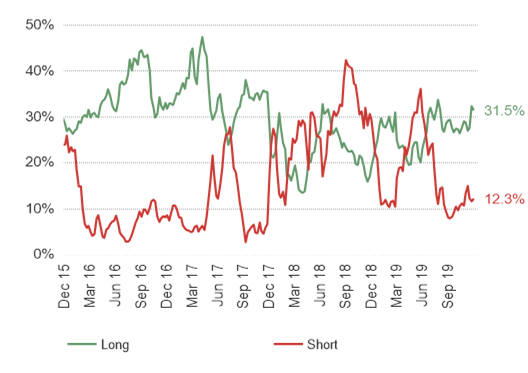 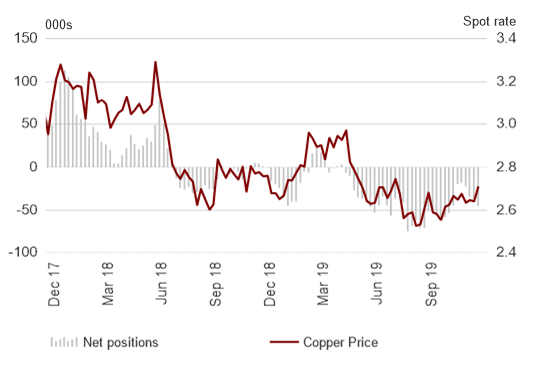 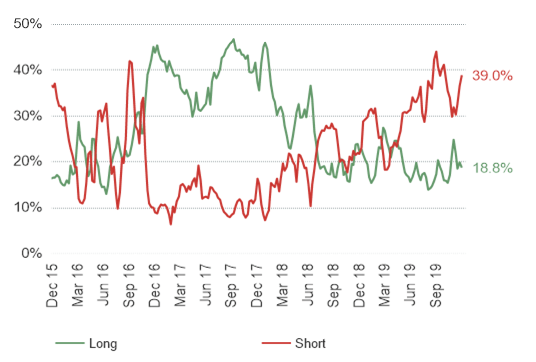