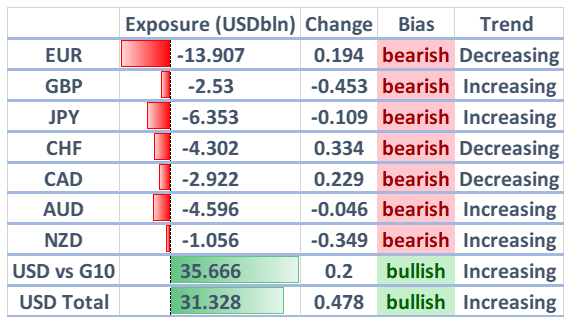 Source: CFTC, DailyFX (Covers up to May 28th, released May 31st)

Bullish positioning in the USD saw a marginal uptick ($200mln rise) with net long positioning edging back towards its recent peak vs G10 currencies. The Euro remains the largest net short across the G10 complex with bearish bets at $13.9bln, however, net shorts had been reduced slightly.

Sentiment in GBP has continued to deteriorate with another sizeable jump in net shorts. Bearish bets now total $2.5bln and is the largest since the beginning of March with gross shorts rising over 30k contracts in the past 2-weeks. Elsewhere, speculators remain very bearish on the Aussie with gross shorts hovering at the largest level since 2015, consequently, this raises the risk of a potential short squeeze.

Short positioning in the Swiss Franc continues to look stretched with shorts outnumbering longs by 8.4:1. As such, there is a risk of further short covering in the safe-haven currency, particularly against the backdrop of weakening global activity. Elsewhere, the JPY saw a modest increase in net shorts, which total $6.3bln. 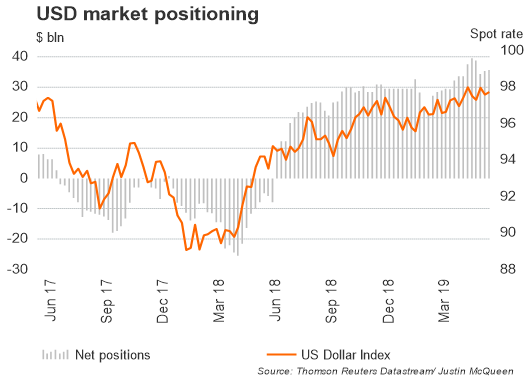 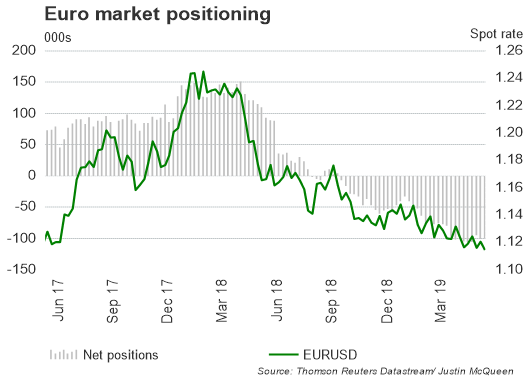 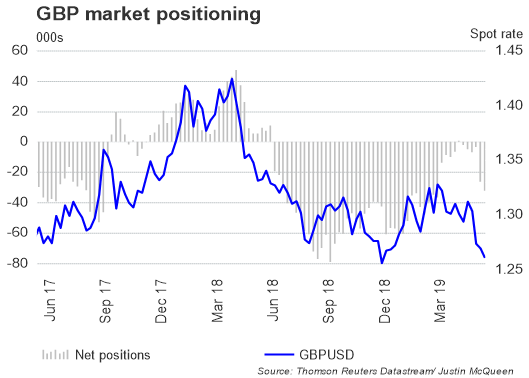 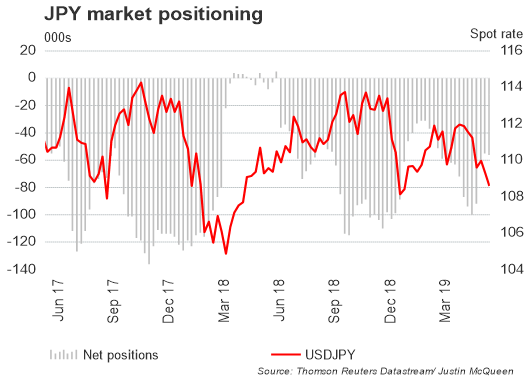 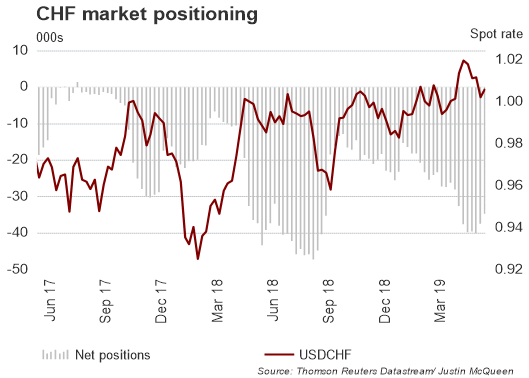 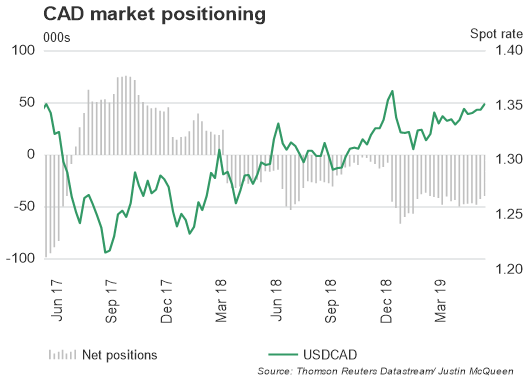 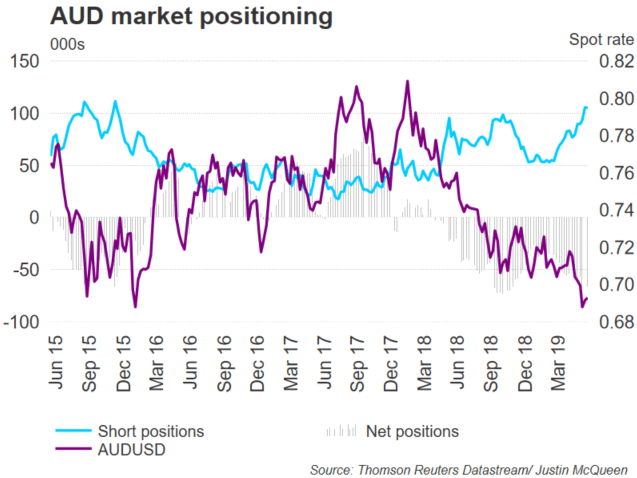 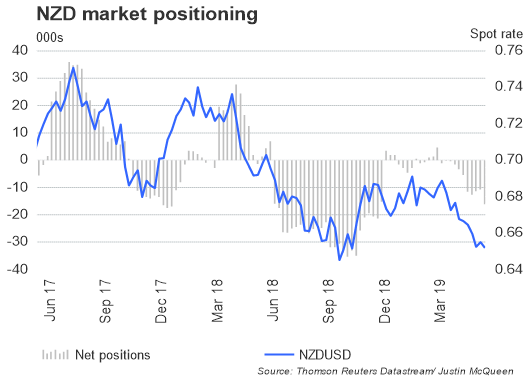