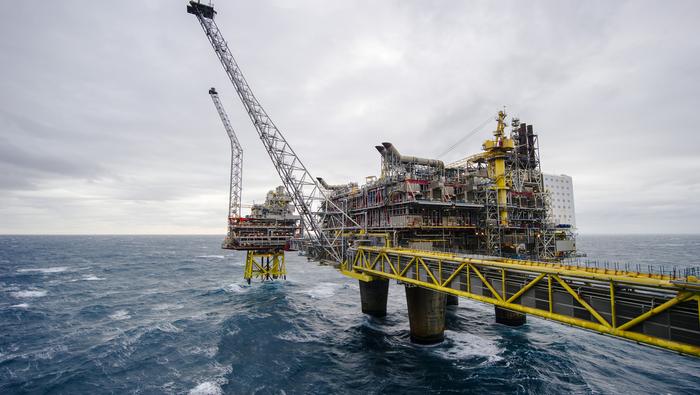 Natural gas futures tumbled by as much as 11% on Monday as forecasts for warm weather continued to hamper demand expectations. Monday’s decline meant that natural gas was the worst performing commodity among U.S. raw materials. Natural gas saw a meteoric rise in price as traders placed bets on low winter inventories in the U.S. Some of that positioning has been unwound over the last few weeks, as mild weather to begin the winter months has allowed domestic stockpiles to replenish. 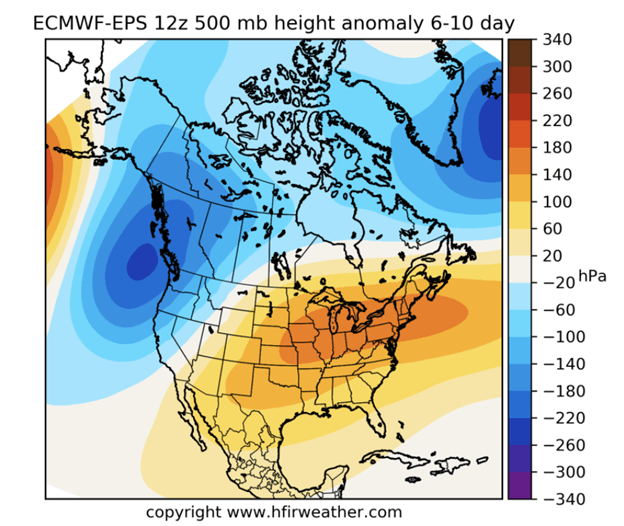 The recent sell-off in natural gas prices has eased fears over widespread inflation, with many wondering just a few months ago how expensive it would be to heat their home during the winter months. This will come as welcome news to those at the Federal Reserve, where policymakers have continued to advocate that price pressures are merely transitory. The cooldown of natural gas prices comes as the result of a mild uptick in domestic production, as well as the aforementioned warm weather. The delay to the start of “heating season” in the United States is estimated to lower demand by roughly 35 billion cubic feet in December. While prices remain elevated due to limited stockpiles throughout Europe and Asia, it appears that the U.S. may be turning the corner when it comes to natural gas price pressures. 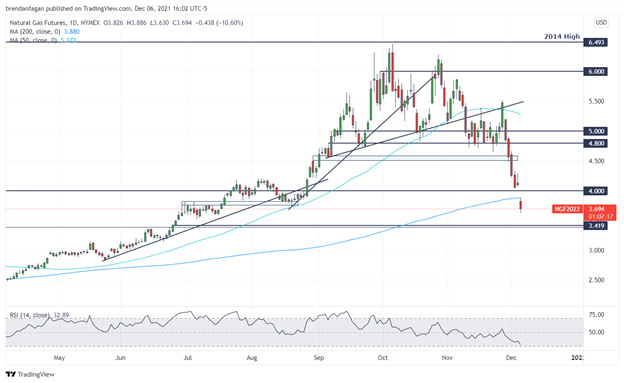 Monday’s sharp decline saw front month Henry Hub contracts gap lower and open trade below the key psychological $4.000 level. After flirting with the 2014 high of $6.493 in late September, U.S. natural gas has fallen more than 40%. After opening up down nearly 7%, price traded up to the 200-day moving average before reversing lower. With mild weather expected to remain throughout much of the U.S., price may look to continue lower. The fundamental construct remains skewed toward the downside, as mild forecasts and growing stockpiles wreak havoc on price. 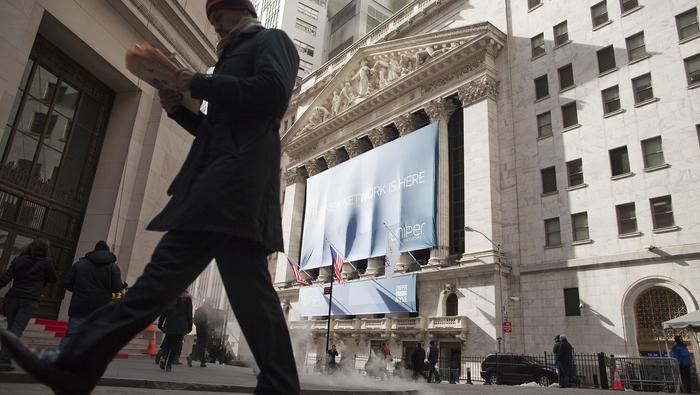