NZD: The New Zealand Dollar is under marginal pressure as we kick off the week, which is despite the continued move higher across the equity space. Although, given how stretched upside has been in the short-term for the Kiwi (Figure 1), it is natural to expect some modest profit-taking in the pair. That said, as long as risk appetite remains positive, the downside in the Kiwi is likely to be limited. 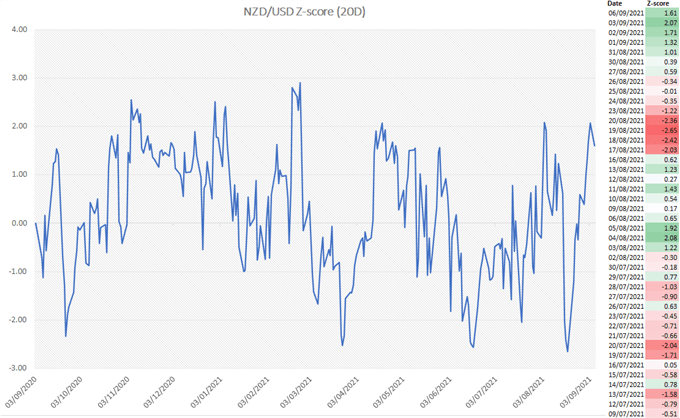 Covid cases in New Zealand are beginning to ease as the 7-day average falls to 39 from a peak of 66 reported on August 29th. Subsequently, PM Arden has announced that lockdown measures will be eased for all regions outside of Auckland to alert level 2 from tomorrow, which is a factor that removes a layer of uncertainty for NZD and thus will likely see the currency find support.

Taking a look at the chart, the descending trendline stemming from the YTD high has capped further upside for now and thus the pair is eyeing a test of the 200DMA at 0.7117. However, as risk appetite continues to firm and with NZ/US spreads moving in favour of the Kiwi risks are geared more for a move towards a breach of 0.7200. Reminder, with the US out for labour day, volumes will be lighter and thus I wouldn’t read too much from today’s price action. 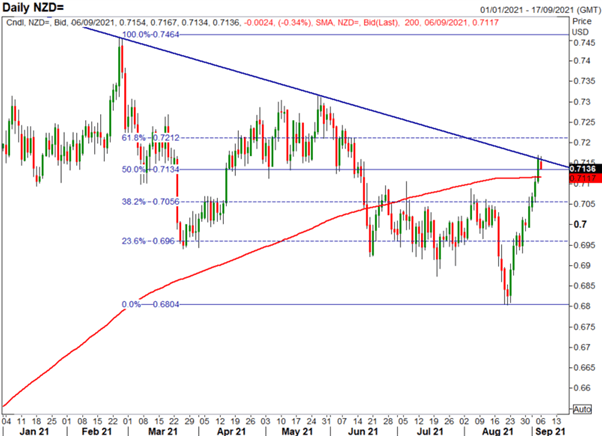 A Guide to Support and Resistance Trading 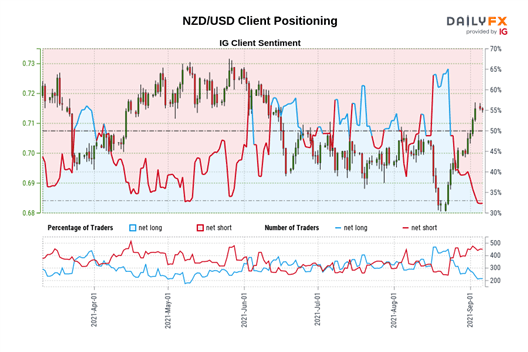 NZD/JPY: Since PM Suga announced (on Sep 3rd) that he will not run in the LDP Leadership race at the end of the month (effectively stepping down as PM), the Nikkei 225 has gone from strength to strength, rising nearly 5% to move above 30,000 and not far from the YTD high at 30,600. Over the weekend, it has emerged that Taro Kono, the current vaccine minister, has emerged as an early favourite, despite not yet making a formal announcement of his candidacy. However, the vaccine minister, who is seen as a supporter of Abenomics is a factor that bolds well for the Nikkei and cross-JPY. While NZD/JPY has made a strong recovery from the August lows, further upside may be on the cards throughout the month. 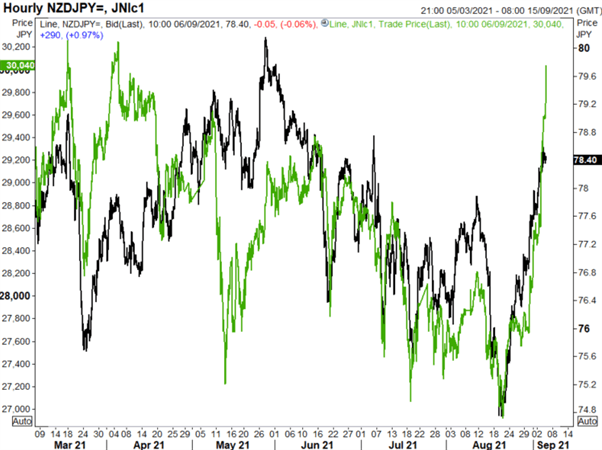