Natural gas prices are surging this week as a devastating winter storm system sweeps across southern and central portions of the United States. The storm has already caused over a dozen deaths, canceled tens of thousands of flights, and clogged up roadways as far south as Texas. Natural gas is nearly 7% higher this week in response to the mayhem caused by the unusually intense weather event.

While meteorologists expected the storm to be a major system, the chaos inflicted on the country’s infrastructure – particularly on Texas’s power Grid – has astonished many. The Biden administration approved a federal emergency declaration for Texas on Sunday and additional funding to help states’ disaster relief efforts is expected. Texas is facing such enormous demand that it has forced the state’s power grid operator to order rolling blackouts to avoid wide-spread power outages.

The storm system gave natural gas bulls a major victory, with prices extending to their highest mark since early November. Prices may extend higher yet as the National Weather Service forecasted another storm system, issuing storm warnings from Southern Texas to the Mississippi Valley through Thursday. With power demand already far exceeding available capacities, natural gas prices will likely react to the upside, or remain elevated near multi-month highs. 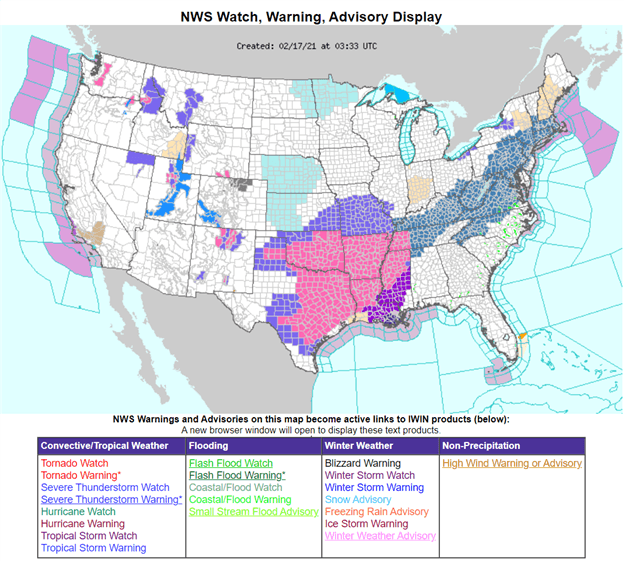 The storm-induced rally pushed prices 7.45% higher on Tuesday, clearing the 61.8% Fibonacci retracement level from the October to December move. The current NYMEX Henry Hub contract is trading just below the 3.1 handle after pulling back from Tuesday’s high of 3.214, with the 78.6% Fib level providing some resistance.

Given the fundamental backdrop, prices may very well test the 78.6% Fib again in the coming days. The MACD indicator is reflecting the sharp move higher and remains bullishly positioned. Moreover, the Relative Strength Index (RSI) remains below the overbought 70 level despite this week’s gain. Still, after a sharp move higher prices may be inclined to retrace a portion of the recent gains. If so, the 3.000 psychological level may underpin prices on a downswing. 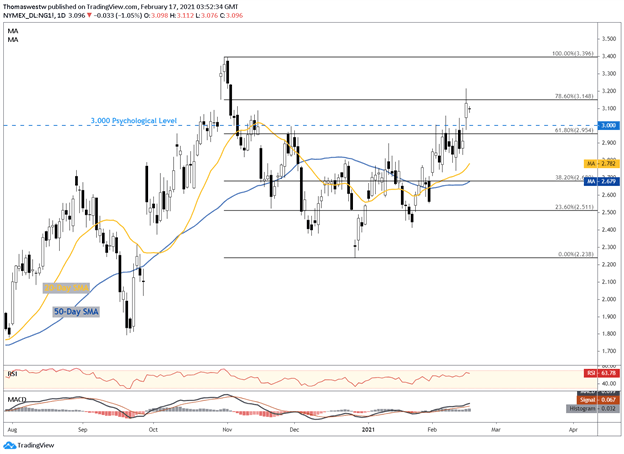