Gold and silver prices consolidated for a third consecutive week as traders kicked off profit-taking following a massive bull rally seen from March to August. Unwinding activities are also based on a tepid inflation outlook as job growth appears to have slowed recently and a second viral wave has likely emerged in Europe. A stronger US Dollar also weighed on precious metal prices. A clear negative correlation between gold and the US Dollar Index (DXY) was observed in the past 52 weeks (chart below)

The near-term outlook for gold largely depends on the US Dollar, which is facing a string of market events this week. The final round of Brexit talks on Monday in Brussels, the first US presidential election debate on Tuesday and US non-farm payroll data on Friday will be critical for the US Dollar. 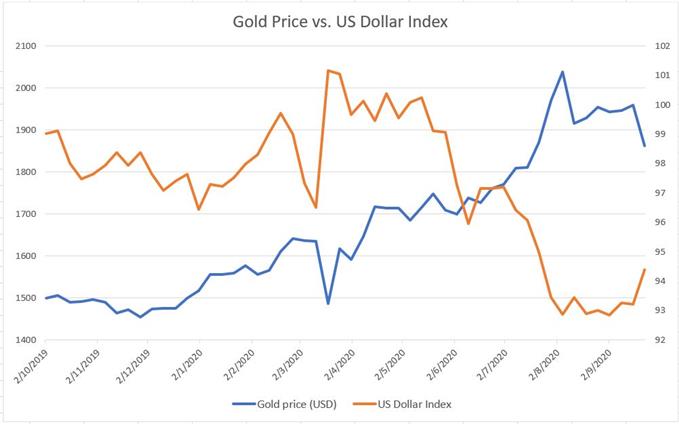 From a long-term perspective, however, gold prices appeared to have entered a period of consolidation within a mega bull trend. The macro-environment (ultra-low interest rates and QE) remains accommodative to precious metal prices, albeit a short-term pullback is underway. 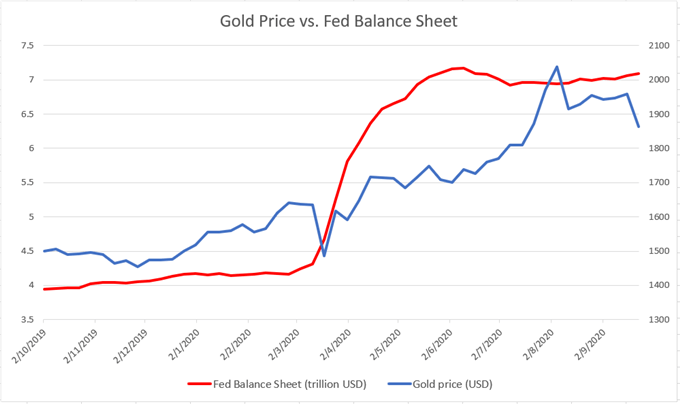 Technically, gold prices are consolidating at the 100-day SMA (1,870) after breaking the 50-day line last week. The momentum appears biased towards the downside, with the next key support level likely found at US$ 1,809 – a previous resistance level. 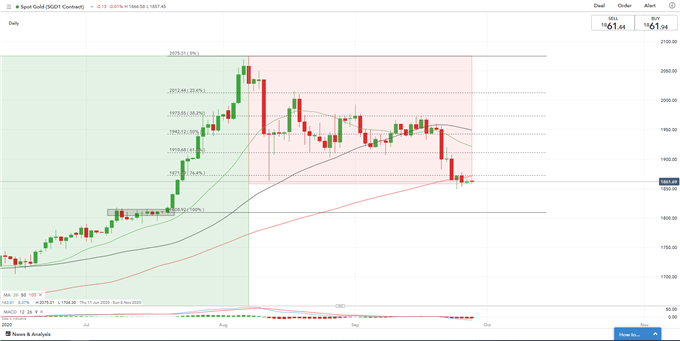 IG Client Sentiment indicates that gold traders are heavily leaning towards the long side, with 82% of positions net long, while 18% remain net short. As gold prices fell, traders favored short (+4%) exposure rather over long (+3%) however, compared to a week ago, traders have trimmed some short (-5%) bets while adding some long (+7%) positions. 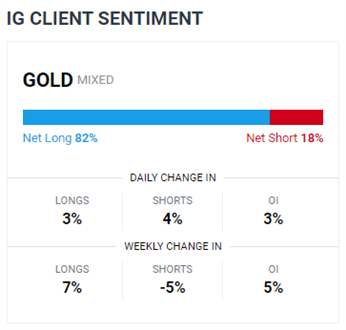 Silver prices are also testing the 100-day SMA at US$ 22.80, which is a critical support level to watch. Near-term momentum remains bearish-biased, with the next support level likely found at US$ 21.80 – the 76.4% Fibonacci retracement.