USD/JPY Price Analysis: Will a Data Heavy End to the Week Spur USD?

Recent dollar strength seems to be more indicative of a temporary reprieve in the slide of the greenback than a genuine reversal of the downward trend, at least for now. The global reserve currency has experienced a considerable sell-off against its peers as the Federal Reserve continues to implement accommodative monetary policy in an attempt to reinvigorate the US economy.

At his Jackson Hole address, Jerome Powell communicated an alteration to inflation targeting that allows for periods of inflation above the 2% target. Such policy can place downward pressure on the value of the dollar as interest rates are expected to remain low for the foreseeable future, and the Fed is not as constrained by the 2% inflation target as they were previously.

The weekly chart provides a picture of relatively volatile moves in the pair with a lean towards lower prices. The chart has a number of similarities to the daily chart in that the currency pair faces resistance to the upside. Weekly momentum remains below the 50 mark on the RSI indicating a lack of discernible near-term trend. 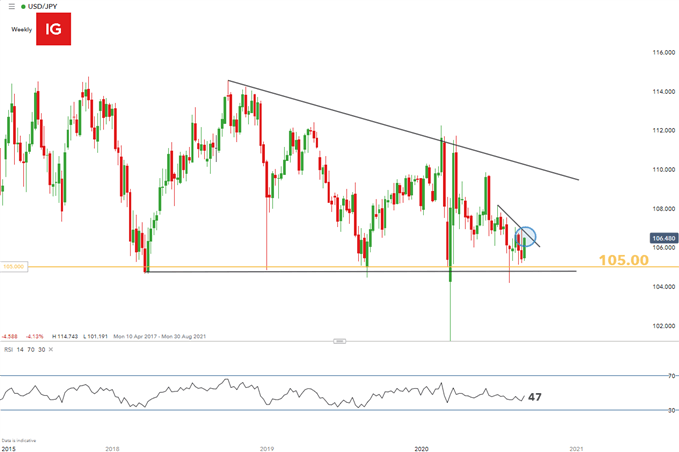 More recently, the US dollar has gained against the Japanese Yen after the shock announcement last Friday of the resignation of Japanese Prime Minister, Shinzo Abe, causing a sizeable drop in the USDJPY market when that news hit the wires.

The pair faces considerable resistance to the upside: First, the trendline resistance, and secondly, the upper bound of the developing range at 107.00. Continued dollar strength then brings into focus the 107.50 and 107.80 marks.

Should the bigger picture USD trend (weakness) continue, 106.35 becomes the next level of support before the lower bound of the developing range (105.35) comes into focus before the psych level of 105.00 and 104.80 levels come into consideration. 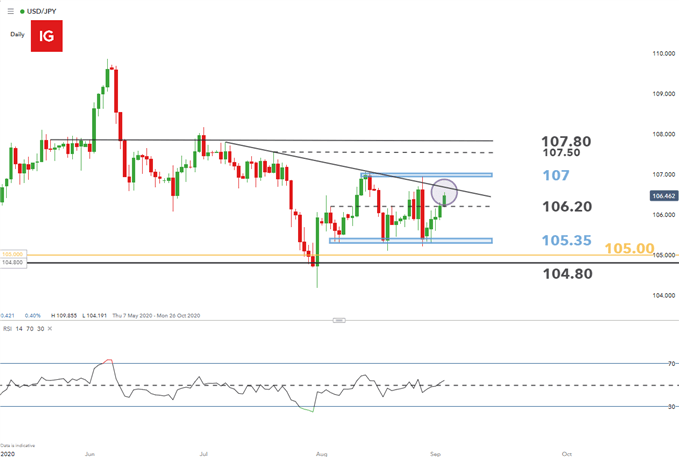 There is a considerable amount of data today and tomorrow with potential market moving ability. 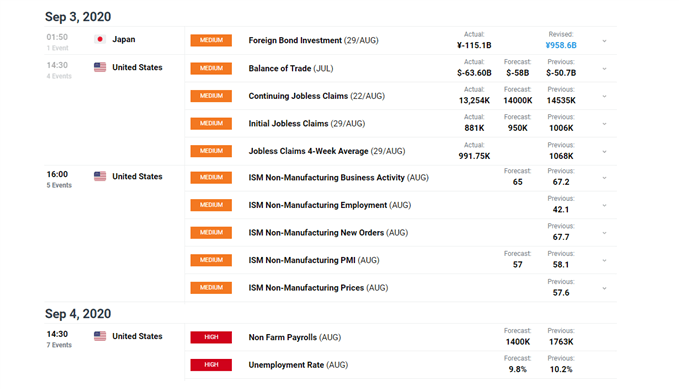 Sentiment Data Hints at a Potential Decline in USD/JPY 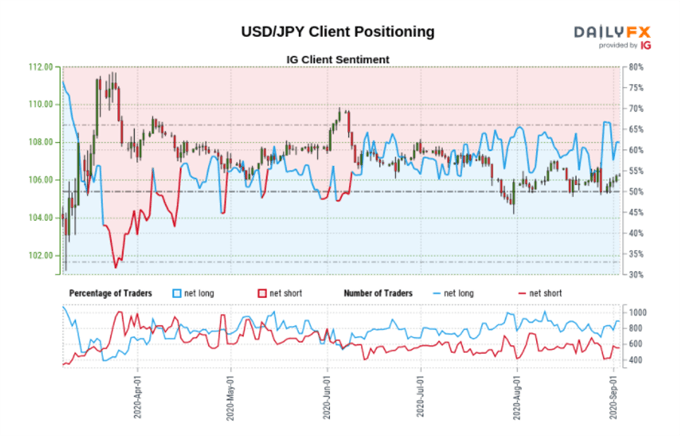