The Dow Jones climbed 5% higher on Monday as it recovered nearly 1,300 points from the Friday close which capped off the worst weekly performance for the index since the 2008 Great Financial Crisis. As stocks rallied, many analysts were eager to credit central bankers, finance ministers and government officials for their consideration of possible stimulus to combat the economic impacts of coronavirus. As a result, investors will look to the major central banks for assistance as stocks attempt to hold onto reclaimed ground.

To be sure, current market conditions are at extremes and the resultant volatility and price action has relatively few historic parallels as a result. Most of the equitable occasions have coincided with major stock market crashes or global developments that make central bank intervention necessary to avert deeper declines.

With that in mind, it seems central bank intervention is not only likely, but perhaps necessary as an already flagging global economy grapples with a unique headwind. 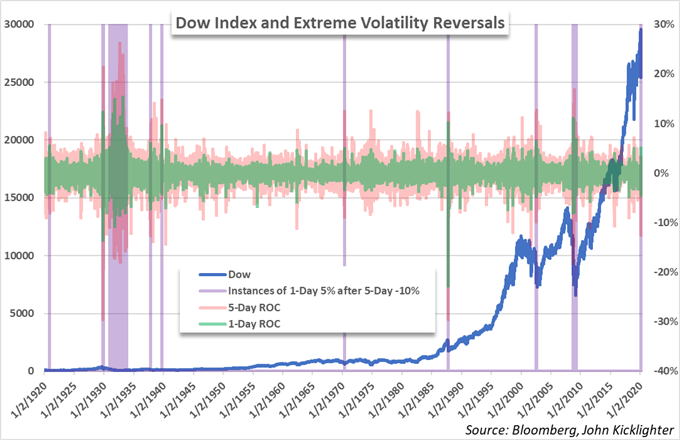 Dating back to 1940, the Dow Jones has witnessed a single day gain of more than 5% after a 5-day rate of decline greater than -10% only fifteen times – one of which was posted today. Concerningly, other such instances occurred during historically turbulent times like the aftermaths of the Dot-Com Bubble and Great Financial Crisis. Therefore, the current standing of the Dow Jones is precarious. 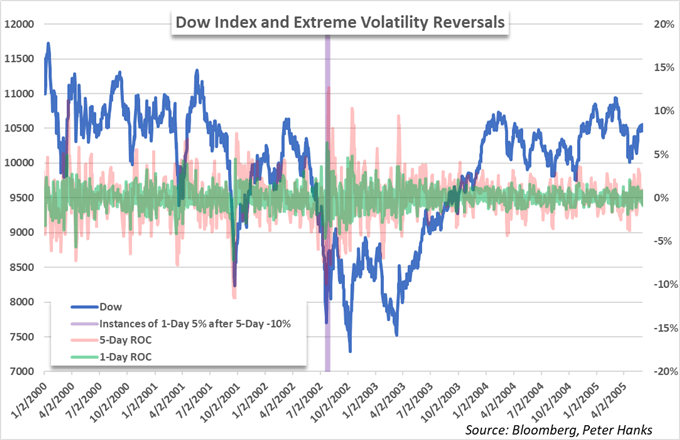 While previous instances were typically followed by rate cuts and other forms of stimulus to revive a struggling economy, many of the events were similarly followed by weeks of severe volatility and uncertainty. It can also be argued the longer-term performances are skewed due to the nature of the asset class. 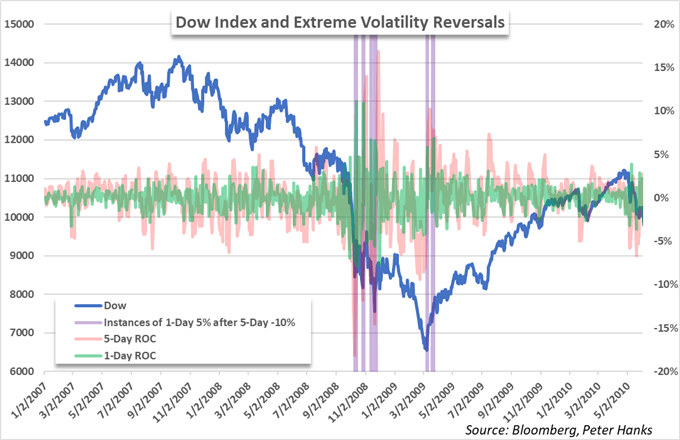 Either way, it seems as though the Dow Jones is amid a truly historic string of performances that could force the hand of the major central banks. That said, investors will eagerly await further commentary from central bankers and government officials on the steps being taken to combat the economic impact of coronavirus. 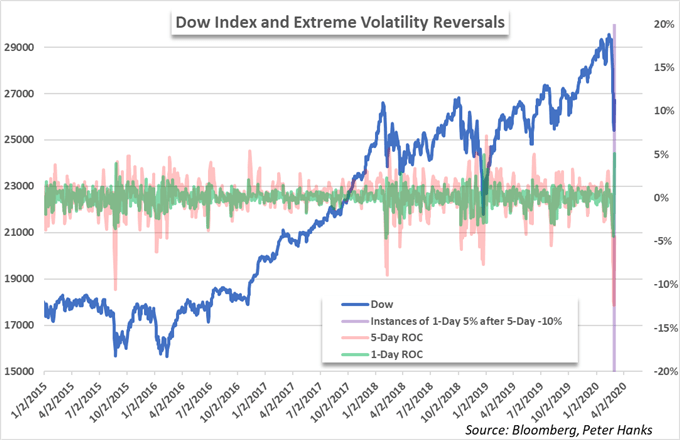 Early insight will be offered by the Reserve Bank of Australia, but officials from the ECB and US Government have already disseminated a willingness to act. Should policy change to meet expectations, the Dow Jones and other major stock indices may enjoy gradual recoveries, but history has shown the possibility of further declines in the weeks ahead remains regardless. In the meantime, follow @PeterHanksFX on Twitter for updates and analysis on the stock market.