The S&P 500 is pushing to new highs this week, but the latest US-China trade war headlines are injecting a fresh round of uncertainty for traders this morning following a Reuters report that the anticipated phase 1 trade agreement initially expected to be finalized for a Trump-Xi signing the Chile APEC summit next month may not be ready in time. This is a stark contradiction to recent commentary from President Trump who jawboned stocks to record highs after stating talks are ‘ahead of schedule’ for reaching the Chile APEC summit deadline scheduled for mid-November. 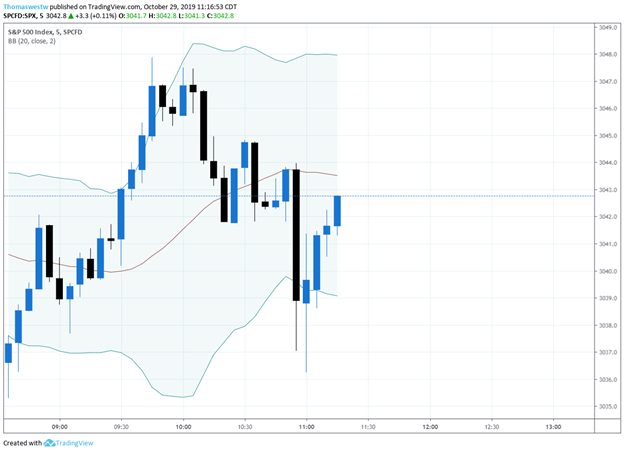 Along with a drop in US equities the Chinese Yuan is dropping against the US Dollar with spot USD/CNH spiking above the 7.0650 level following the trade headlines. The report from Reuters also noted that progress is still being made despite the potential delay for President Trump and President Xi to sign a phase 1 trade agreement. However, markets reacted negatively to this headline as progress in talks has been walked back numerous times in the past.

As investors eye this week’s heavy lineup of economic data kicking off tomorrow with the US’s advanced reading of Q3 GDP before the US and Canada both announce rate decisions from their respective Central Banks, trade war headlines outside of a complete breakdown in talks may not impact markets as drastically as it might otherwise. The Bank of Canada is expected to keep rates unchanged while a 25-bps cut is largely anticipated from the Federal Reserve. 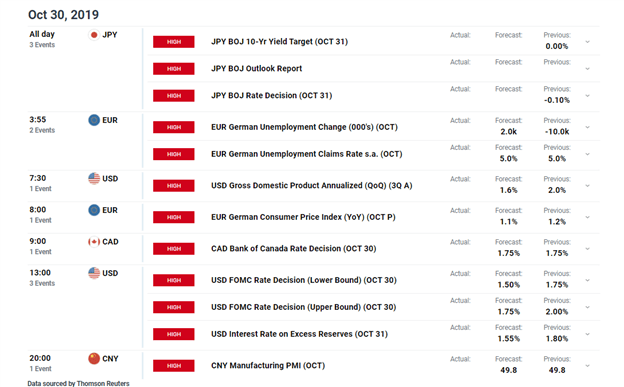