Yesterday, UK PM Johnson failed for a third time to force a snap election on December 12th by gathering 299 votes in parliament, short of the 424 votes needed to seal a two-third majority. Following the vote, Boris Johnson stated that he would try again through a legislative route known as a one-line bill. This is a piece of legislation, fixing the date of the election as December 12th, which has a greater chance of success given that it requires a simple majority (320 votes).

Will Boris Johnson Gain Support for an Early Election?

In order for Boris Johnson to be successful in this attempt, the Prime Minister will need to have the support of the Liberal Democrats and SNP, who have both stated that they would support a general election on three conditions.

This route that government is looking to take is not without hurdles, which include timing as the legislation would have to pass all stages in the House of Commons and the House of Lords within three days for a December 9th election. As a reminder, parliament has to be dissolved by a minimum of 25 working days before an election can take place to allow for sufficient preparation. Alongside this, there is the potential for MPs to propose amendments, which may involve lowering the voting age to 16 years old. 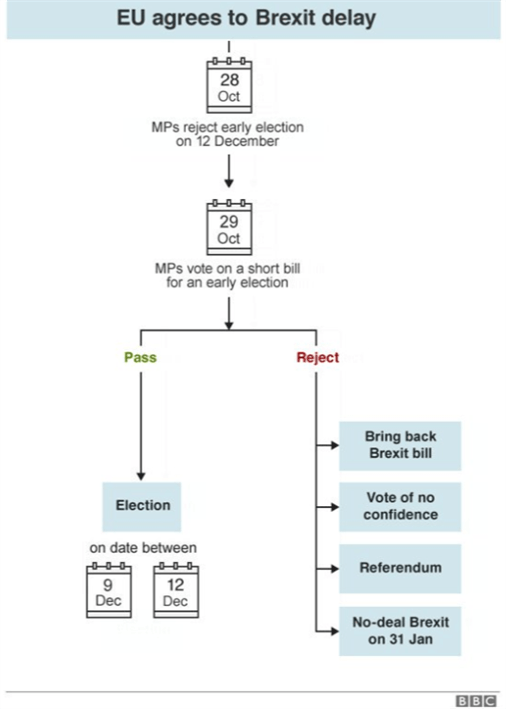 GBP/USD is relatively calm ahead of another general election vote with the pair trading within a relatively tight 30pip range. As it stands, option markets highlight that the implied move for GBP/USD is a rather muted 60pips.