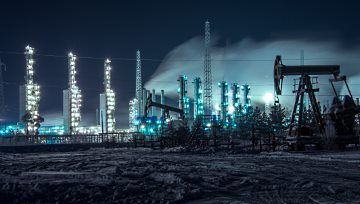 Crude oil futures are climbing after Iran’s Revolutionary Guard has seized two oil tankers in the Strait of Hormuz – one a British-flagged ship and a second ship flying under a Liberian flag. Crude oil futures climbed from $55.01 to $56.17 as news of the seized oil tankers crossed the wires. Oil remains off its recent high of $60.94 set on July 11th as global growth fears continue to weigh on the commodity. Data reported by the Energy Information Administration showed a fifth consecutive week of Crude inventory draws on Thursday, which did little to stem losses in crude oil prices as trading came to a close on Friday, marking the commodity’s worst weekly performance since May. 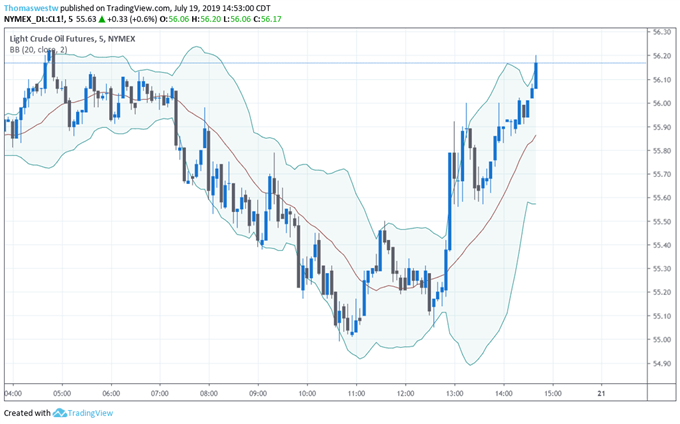 Tensions have been high in the region for months since the US withdrew from a nuclear accord with Iran in May and then shortly after dispatched a carrier strike group to the region in a show of force towards Iran. However, Friday’s incident in the Strait of Hormuz may be an act of retaliation towards the UK specifically after British Royal Marines seized the Panamanian-flagged ship, Grace One, several weeks ago. The ship was believed to be transporting Iranian oil in violation of EU sanctions. The UK’s Defense Minister has called an emergency briefing, which is currently underway, with British MP Jeremy Hunt reportedly in attendance after saying he is “extremely concerned” by the situation. 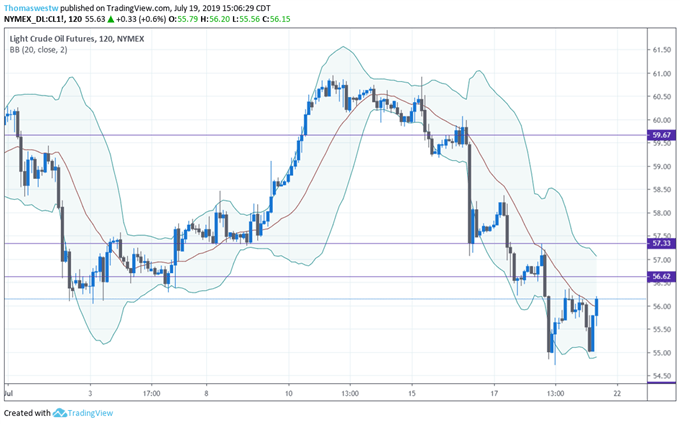 Oil prices have performed considerably poorly as of late despite tensions in the Strait of Hormuz given the supply-shock risks as the region is considered to be one of the most vital sea routes for oil tankers.