The Australian Dollar modestly oscillated after China’s Caixin PMI came in under expectations with services sector performance registering the softest increase since February 2019, with the composite showing the weakest print since October 2018. At the start of this week, official Chinese manufacturing PMI data showed a third consecutive monthly contraction in addition to a reduction from private sector readings the following day. 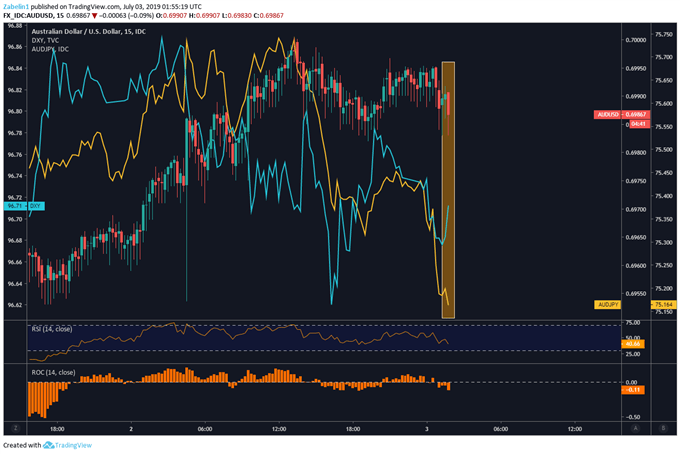 Weaker growth out of China has not gone unnoticed – particularly in Australia. On July 2, the Reserve Bank of Australia (RBA) cut its benchmark OCR 25 bps from 1.25 percent to a new record low at 1.00 percent. The median estimate had indicated that analysts were expecting a cut, though between the decision and subsequent commentary, the Australian Dollar found itself violently oscillating before decidedly continuing higher.

According to the monetary policy statement, the RBA decided to slash rates on the basis that it would help counter disinflationary pressure. Policymakers stated that the central bank will adjust its policy if necessary to support price growth and job creation. The decision to cut rates again comes amid a deteriorating global outlook in part due to the costly results of the US-China trade war.

As Australia’s largest trading partner, what happens in China is of great concern for the island economy. The country’s heavy reliance on exporting to a healthy global economy makes the Australian Dollar sensitive to changes in sentiment. Despite Beijing and Washington achieving a temporary trade truce over the weekend at the G20 summit, the positive news failed to significantly lift sentiment.

Trade war fears are not yet dispelled as the two still have to find a way to reconcile what appear to be fundamental differences. Furthermore, it is difficult to imagine that a trade deal will suddenly repair the global economy and buoy risk appetite and make traders feel bullish when global PMIs are descending at an alarming rate. This is excluding increasing risks and hidden vulnerabilities in the financial system, such as rising corporate debt and the expanding leveraged loan market. 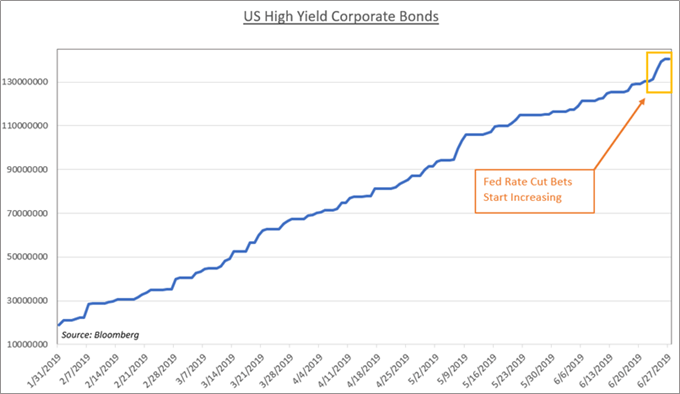