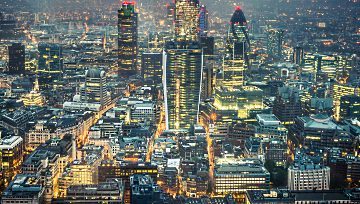 GBPUSD hovered close to 2-week lows at 1.2620 ahead of the release of UK construction PMI which showed that construction output in the UK has fallen at its steepest rate since 2009. The latest release on industry data follows yesterday’s disappointing UK manufacturing PMI which fell to 48, it’s lowest level since February 2013, reflecting factories unwinding their stockpiling for the original Brexit departure date. UK manufacturing PMI in June came in at 43.1 (Exp. 49.3) down from 48.6 in May as client confidence is dampened by heightened economic and political uncertainty.

GBP was trading lower against major pairs throughout the morning session as investors braced themselves for another round of negative data, but the steep decline in the figure did not spark much reaction from the market as construction is not considered a pivotal point in the British economy. Nonetheless investors remain worried about the future of the economy and close attention will be paid to tomorrow’s services PMI with expectations that the industry can remain above the contraction line of 50 (Exp. 51.0) as last month’s release showed that job creation in the industry was at its strongest in six months. A key point will be to understand whether the increase in hiring is related to a push back in investment on the back of Brexit uncertainty or to a long-term business expansion, a critical difference for gauging the health of the economy and its future growth prospects. 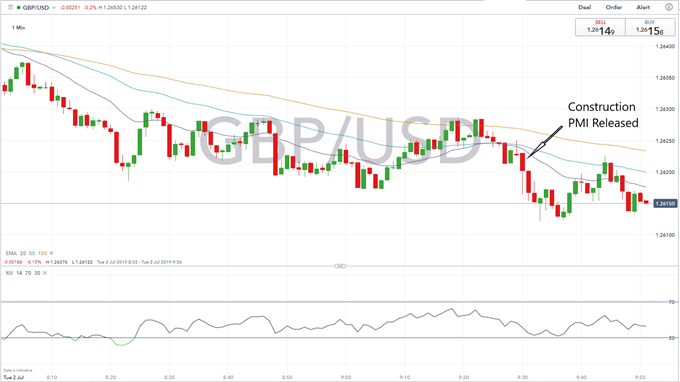 Data released by the BoE on Monday revealed that British consumers are borrowing at a slower pace, showing its slowest rise in lending in 5 years in May, whilst mortgages are also under strain. The weakening data comes a month after the BoE slashed its growth forecasts for the second quarter saying it now expects growth to have been stagnant at 0%, whilst some economists believe the British economy could have suffered a contraction in the three months to July.