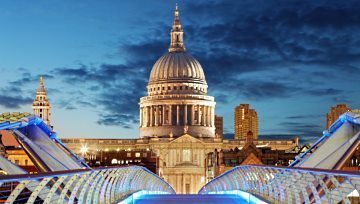 The UK Parliament will vote again on a set of indicative votes this evening in a renewed attempt to break the current Brexit stalemate. Last week’s eight indicative votes were all voted down, but two proposals got the closest to passing, one for a confirmatory referendum and one for a customs union. It is the latter that seems to be gaining traction with MPs, especially if PM May’s withdrawal bill is put to Parliament - for the fourth time - and voted down again later this week.

If MPs do vote for a customs union, then the Conservative Party infighting will increase sharply as hard and soft Brexiters hardened their positions. On theory doing the rounds is that if the customs union bill is passed – and it is only an indicative vote – then rather than joining a customs union, hard Brexiters will then vote for PM May’s withdrawal bill in enough numbers to get it through Parliament.

Sterling (GBP) continues to claw back last week’s losses after breaking below trendline support. The pair trade around 1.3065 and near three areas of resistance: the 50-day ma at 1.3095, trendline resistance at 1.3125 and 20-day ma at 1.3170. In addition, the 38.2% Fibonacci retracement level cuts across at 1.3177. To break these levels, some sort of Brexit-positive news will be needed. To the downside, 1.2960 to 1.2980 will offer first line support ahead of the 200-day moving average at 1.2948. GBPUSD is currently in oversold territory, using the CCI indicator, which may provide a small upside boost in the short-term.