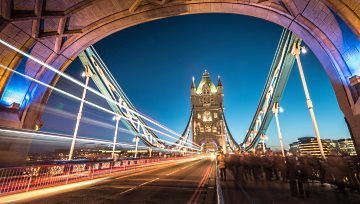 The latest talks between the EU and UK over the Irish border problem have been described as ‘difficult’, hardly a ringing endorsement of any progress being made between the two sides. EU chief negotiator Michel Barnier said that discussions have been difficult and that no solution has been found that is ‘consistent with the withdrawal agreement’. The EU have repeatedly said that this agreement will not be re-opened, leaving the two sides at an impasse over the Irish border. According to the PM’s official spokesman, while the EU continue to say that it wants a Brexit deal, Parliament has been clear that for this to happen, ‘we require legally-binding changes which mean that the UK can’t be trapped in the backstop indefinitely’. The UK described recent talks as ‘robust’ but ongoing.

Next week, PM May faces a meaningful vote on her current plan by Tuesday, which if defeated will then see the PM on Wednesday ask the House whether they want to keep a No-Deal Brexit on the table. If this is passed, and No-Deal is taken off the table, the House will vote on extending discussions and pushing back the current departure date, March 29.

GBPUSD continues to trade around 1.3150 with any sell-off being taken as an opportunity to buy cable. Sterling has also held up well across arrange of currencies, as traders continue to believe that a hard Brexit is not going to happen. The worry is that these hopes may be dashed, unlikely but still a possibility, leaving Sterling vulnerable to a sharp sell-off. 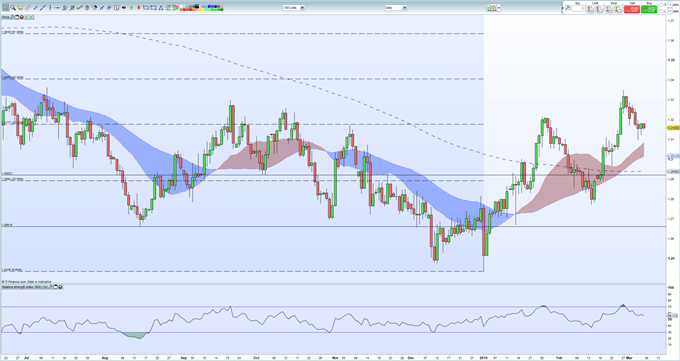 Retail traders are 50.5% net-long GBPUSD according to the latest IG Client Sentiment Data, a mildly-bearish contrarian indicator. Recent changes in daily and weekly sentiment however currently suggest a mixed trading bias for GBPUSD.