Sterling price action remains muted in early trade, but volatility is expected to ramp-up over the next week as we head into three consecutive days of Brexit votes in Parliament next week, starting on Tuesday, March 12. These votes will give Sterling traders greater clarity on the current standing of EU-UK negotiations and the likelihood of either a soft Brexit, PM May’s bill with/without a short extension of Article 50, or if the UK is likely to leave on March 29 without a settlement.

The British Pound got a marginal boost yesterday when Bank of England governor Mark Carney said that the market is currently underestimating interest rate hike expectations as forecasts show that inflation is above the central bank’s three-year forecast. 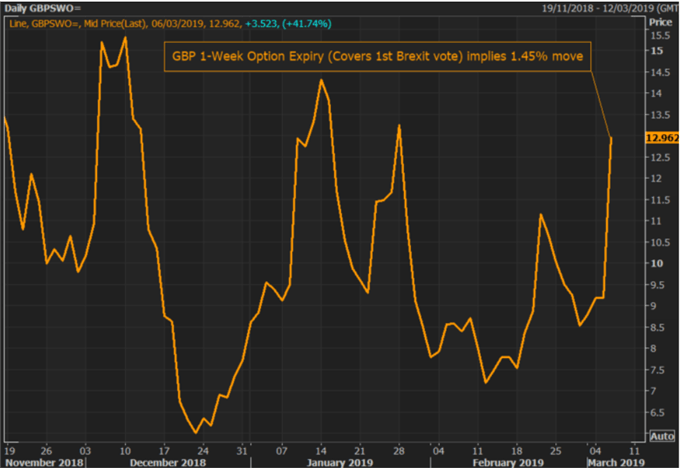 GBPUSD is trading either side of 1.3150, after just nudging below 1.3100 Tuesday, and is likely to remain rangebound ahead of important US data releases, including the monthly labor report (non-farm payrolls) on Friday. The Fed’s Williams and Meister speak later in today’s session ahead of the release of the Federal Reserves Beige Book. 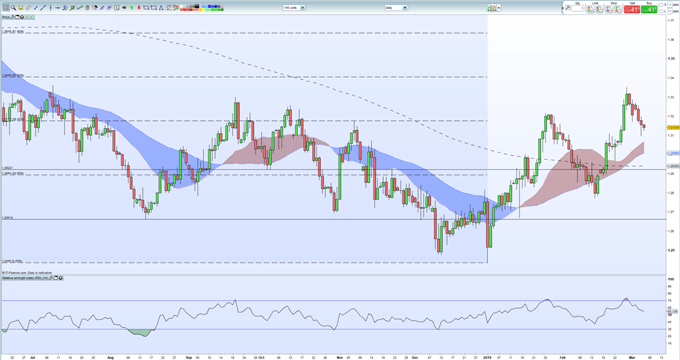 Retail traders are 52.4% net-long GBPUSD according to the latest IG Client Sentiment Data, a bearish contrarian indicator. Recent changes in daily and weekly sentiment however currently suggest a mixed trading bias for GBPUSD.