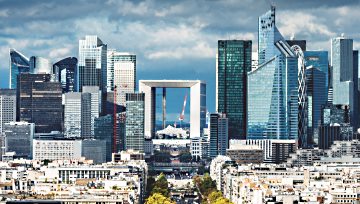 - Reports and data pointing to a healthy Euro-Zone economy have lifted the Euro.

What Does the Fourth Quarter Hold for the Euro, Oil, Equities and Other Key Markets? Find out here

EURUSD is showing signs of stabilizing after hitting its lowest level since July 20 on Tuesday. After touching 1.1554 it has rallied modestly to around 1.16 as evidence mounts that the Euro-Zone economy is picking up speed.

Data released Thursday show that German imports fell by more than exports in September, widening the country’s trade surplus. Then the European Central Bank, in its latest update on economic and monetary developments in the Euro-Zone, argued that “the solid and broad-based economic expansion in the Euro area is continuing; the latest data and survey results point to unabated growth momentum in the second half of this year.”

The ECB continued: “On the one hand, the strong cyclical momentum, as evidenced in recent developments in sentiment indicators, could lead to further positive growth surprises. On the other hand, downside risks continue to relate primarily to global factors and developments in foreign exchange markets.”

This optimistic outlook, coupled with a comment that underlying inflation in the Euro-Zone is expected to continue to rise gradually over the medium term, has lifted the Euro Thursday.

The ECB’s optimism was matched today by the European Commission, which raised its Euro-Zone economic growth forecast for 2017 to 2.2%, the strongest in a decade, from 1.7%. It predicted a slowdown next year and in 2019 but added that “the European economy has performed significantly better than expected this year, propelled by resilient private consumption, stronger growth around the world, and falling unemployment.”

It added: “Investment is also picking up amid favorable financing conditions and considerably brightened economic sentiment as uncertainty has faded.”

Looking ahead, movements in EURUSD are likely to be driven principally by the US side of the equation, and particularly by the progress of the latest tax reform proposals, while EURGBP will likely be influenced principally by the Brexit talks that resume today. The tense situation in Catalonia could also be important, although its influence so far has been largely on Spanish stocks and bonds rather than the currency.