- Bitcoin giving back some gains after hitting yet another all-time high.

After hitting a fresh high over the weekend, profit-taking has pushed the price of BTC back in excess of $340, back below the recent uptrend line. Sellers appeared after the digital coin neared $6,200 over the weekend after the market surged late Friday in Europe on unsubstantiated talk that safe-haven buying in Zimbabwe drove the price of BTC to the $10,000 level domestically. Korean Won denominated traders also continue to buy Bitcoin with the average price paid nearly $200 higher than other currencies. Korean Won-denominated buyers have been active in the last few months, taking up the slack from Chinese Yuan traders, with prices paid above average due to liquidity concerns. 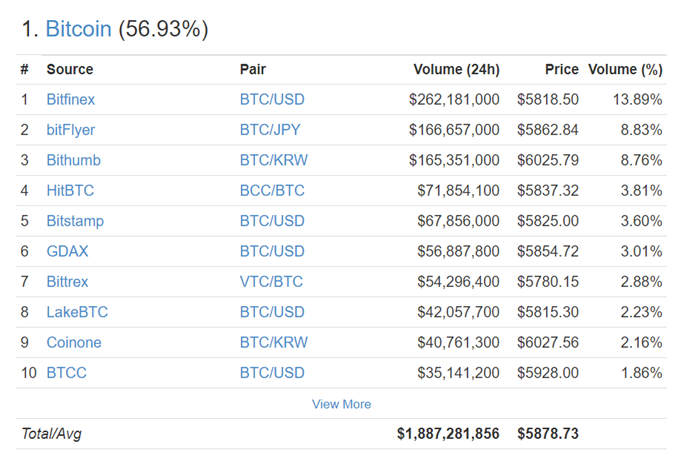 BTC is likely to find support ahead of Wednesday’s Bitcoin Gold hard-fork, although the value of the new coin, BTG, will be determined by the market and the miner’s, acceptance of the new fork. We have discussed the upcoming Bitcoin Gold hard-fork and it’s potential to move the price of BTC, over the last couple of weeks at our Weekly Bitcoin Webinar on Wednesday’s at 12:00pm - if you would like to join us, please click here.

A look the latest chart shows BTC breaking below the recent uptrend from the October low and the intersection with previous, October 13, high around $5,850. Support is likely to kick-in around $5,700. 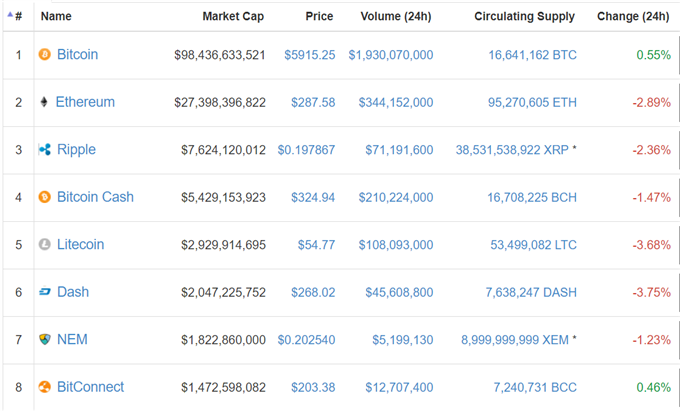