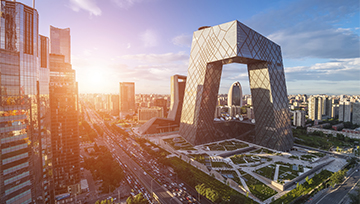 Trade the major economic data live and interactive at the DailyFX Webinars. We’d love to have you along.

Third quarter Gross Domestic Product rose by 1.7% on the quarter, for a rise of 6.8% on the year. Both of these were in line with analysts’ forecasts. The data spoke to a Chinese economy chugging along nicely and perhaps more sustainably than it was in the years of more fast-paced growth.

Retail sales data released simultaneously showed robust demand. Sales’ 10.3% annualized gain was a tick above the 10.2% forecast. Industrial production rose 6.6%, again a tick above expectations, with fixed asset investment growth just a shade weaker at 7.7%. The data was released as China’s ruling Communist Party held its five-yearly Congress in Beijing. Official commentary coming from that direction so far has probably been as friendly to markets and businesses as could reasonably have been hoped.

The Australian Dollar already had a boost from its own employment figures and didn’t rise much further on the Chinese data. The currency can act as a liquid China proxy thanks to Australia’s huge raw material exports to the world’s second largest economy. However, for the moment domestic matters seem to have precedence as Aussie drivers.

Still, a robust Chinese economy will likely be part of a supportive backdrop for the Australian currency. Strong Australian economic numbers already have the markets convinced that when the next interest rate move comes along, it will be a rise, albeit well into 2018.

However, the Reserve Bank of Australia is not keen to see the currency gain at this point. The minutes of its last monetary policy meeting worried about currency strength and its effects on both inflation and growth. The RBA is also worried about consumer debt levels and the likely effect of higher interest rates on consumption.

On its broader daily chart, AUD/USD remains stuck in a downtrend from 2017’s peaks, although it is testing the upper boundary of that trend. A weekly close above the line will be clearly bullish and may suggest that the pair is building a base for another attempt at those peaks.