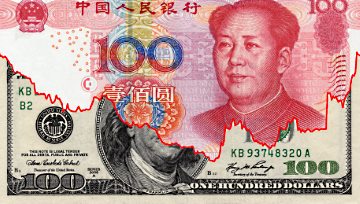 What do some traders have that all of them would really like? Check out the DailyFX deep dive into the Traits of Successful Traders

Many bourses were returning from holiday breaks and playing catch-up with gains made while they had been out. The Nikkei 225 added 0.6%, with South Korea’s Kospi up 1.6% and most other indexes in the green. Australia’s ASX couldn’t hold on, however and ticked lower into the day’s close.

The US Dollar was steady through the session, having failed to hold early gains against the Japanese Yen which came in turn as Bank of Japan Governor Kuroda recommitted himself and his colleagues to ultra-loose monetary policy. Japan’s official “economy watchers” survey came in a little better than expected. The Euro made some gains on strong German economic data and after European Central Bank executive Sabine Lautenschlager called for a stimulus rollback on Monday.

Gold prices hovered near one-week highs as investors continue to eye North Korea with trepidation, but crude oil prices were torpid- reportedly thanks to hope that the market is at last rebalancing away from recent year’s chronic oversupply.

There’s a British flavour to the rest of the European session’s scheduled economic news with UK industrial production and trade figures coming up. Then it’s across the Atlantic for Canadian housing start and building permit data. Minneapolis Federal Reserve President Neel Kashkari is due to speak