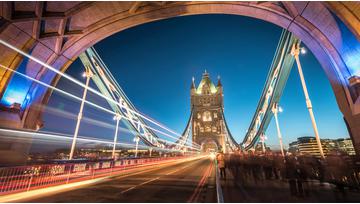 - The British Pound is well placed to extend its gains against the US Dollar but the outlook is less positive against the Euro and the Yen.

- The UK manufacturing sector is holding up well but the trade data are less positive.

The British Pound still looks set for further gains, particularly against the weakening US Dollar, despite data showing that the UK economy has made a patchy start to the third quarter of the year.

Manufacturing output increased by 0.5% month/month in July, compared with zero growth the month before, and by 1.9% year/year, up from the previous 0.6%. That brings the official figures more in line with the survey data and the purchasing managers’ indexes for the sector that have consistently pointed to a better performance than the official numbers. Both of the latest figures were higher than economists’ consensus forecasts.

However, the visible trade deficit was little changed at £11.6 billion in July from a revised £11.5 billion the month before, which was disappointing given that the Pound’s earlier weakness might have been expected to reduce the deficit.

Would you like to know what to expect in the UK in the coming week? Listen in to my colleague Nick Cawley’s webinar at 1130 GMT. You can sign up here

Overnight, the British Chambers of Commerce warned that the UK economy is “treading water” ahead of Brexit and downgraded its forecasts for growth over the next two years, It predicted an increase in GDP of just 1.2% in 2018, rising only marginally to 1.4% in 2019.

Meanwhile, consumers’ expectations for inflation a year ahead remained at 2.8% in August, unchanged from May, while construction output dropped by a hefty 0.9% month/month in July rather than the predicted 0.2% drop.

In the FX markets, GBP/USD was little changed on the data but is still well placed to extend its gains for a fourth successive day, with little resistance ahead of the 1.3268 high from August 3.

Against other currencies, the Pound is making less progress: broadly flat against both the Euro and the Japanese Yen over the past week.