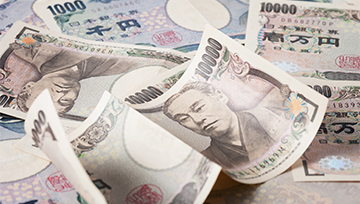 Yen Down Despite Retail Beat, USD/JPY Holds Above 2017 Low

Why do some traders seem to have that magic touch? We’ve looked at over 40 million trades in search of an answer. Check out the Traits of Successful Traders

The Japanese Yen continued to slide against a recovering US Dollar Wednesday despite some strong retail numbers out of Japan.

July’s retail trade surged 1.9% on the year, according to official figures. That was much better than the 1% rise expected although it was weaker than June’s 2.2% gain. On the month trade increased by 1.1%, again hugely better than the expected figure which was just 0.3%. Sales at large retailers were the poor relation. They fell by 0.1% on the month, but that was at least as forecast.

The data provide a contrast to Tuesday’s household spending release which showed a notable slip, leaving markets conflicted about the state of the Japanese consumer and, at least as importantly, the likely knock-on effects to still feeble consumer prices. In any case the impact of data on the Yen have been blunted somewhat by the Bank of Japan’s insistence that current, ultra-loose monetary policy will endure until inflation reaches a sustainable 2% annualized level. At the moment it stands at a measly 0.4%, the BoJ having expended more than $4.5 trillion in bond-buying stimulus.

USD/JPY continued to climb in the aftermath as the greenback inched broadly back from this week’s early slip. 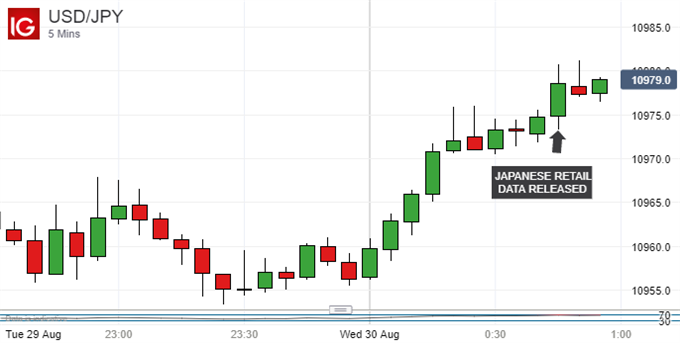 More broadly the Japanese Yen has been gaining on the US Dollar as doubts grow about the number of further US interest-rate increases we might see. This week risk aversion inspired by North Korea’s missile test saw the Yen gain further but USD/JPY has once again bounced at crucial support which protects the year’s lows. If the downtrend seen since November 2016 remains in place then this support will surely break, but the bulls are making a fight of it. 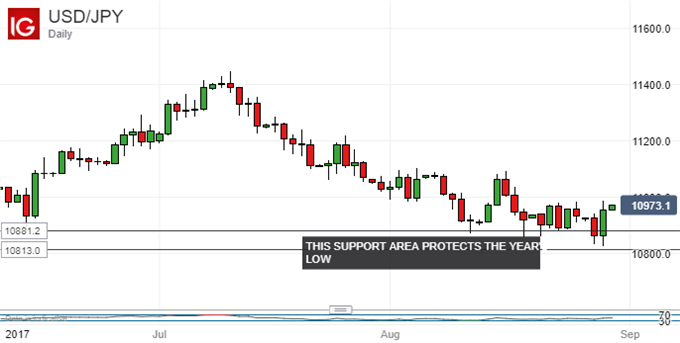