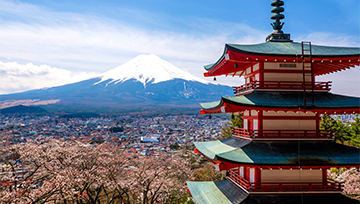 The DailyFX Trading Guide can help you with your market strategy

The Japanese Yen was steady Friday following the release of yet more evidence that domestic inflation remains stubbornly low overall.

The official Consumer Price Index rose by 0.4% on the year in August. That was as expected and the same reading as July’s. Indeed, the CPI inflation rate has been stuck at 0.4% for four straight months and has not been above that level this year.

The “core” index, which strips out the effect of volatile food prices, rose by an annualized 0.5%. That’s its highest since May 2015. However, the “core core” measure, which further loses the effects of fuel prices, rose a paltry 0.1%.

The headline inflation rate remains far away from the sustainable 2% level targeted by the Bank of Japan but not actually hit since mid-2015. In the name of achieving that target the central bank has introduced negative interest rates, instigated control of the government bond yield curve and expanded its own balance sheet to the point where it rivals Japan’s annual Gross Domestic Product.

BoJ Governor Kuroda remains committed to his ultra-accommodative monetary policy until inflation has hit his target and stayed there. However, there are increasing doubts as to whether this remains either achievable or desirable. Former BoJ members have recently said that policy should be re-thought, while a recent poll by Reuters found about a third of Japanese businesses doubting that sustainable 2% inflation was possible.

Still, the Yen didn’t move far on the latest set of data, with markets focused instead on the annual central banking symposium now getting under way in Jackson Hole, Wyoming. USD/JPY ticked up right after the release but soon slipped back to where it had been before.

Should inflation remain well below target there will probably come a time when investors do contemplate more fully the BoJ’s dilemma, and the Yen may well gain when they do. But they clearly have more pressing concerns now. 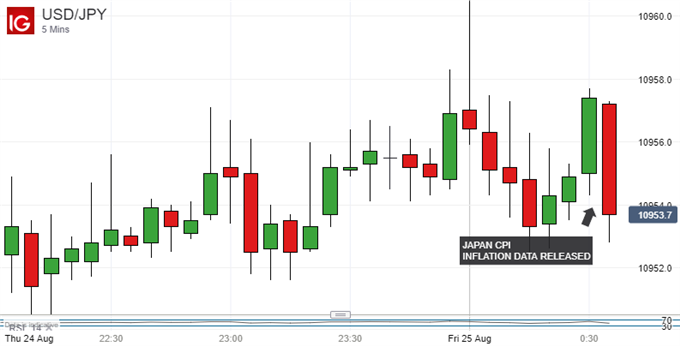 More broadly the Japanese currency remains in the ascendant against the US Dollar. USD/JPY is in retreat from its recent highs, made in mid-July, but has been in effective downtrend all year. However, for the moment a cluster of support based around its July 15’s intraday low of 108.61 seems to be holding declines. Things might get more dramatic if this gives way as it defends April 17’s low of 108.09, which is also the nadir for 2017 so far. 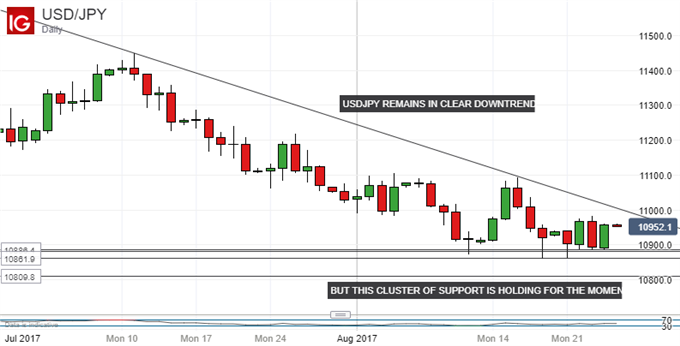