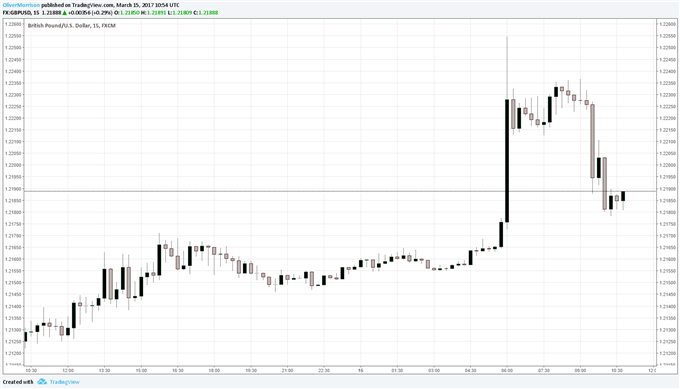 - GBP pairs rally, but then stall as data were digested.

The UK jobless rate unexpectedly fell to 4.7% in the three months to January from 4.8% in the previous three months, matching the rate last seen in 2005 and beating estimates of 4.8%. The number of people in work rose by 92,000 to 31.9 million, the biggest rise since last summer, while the jobless claimant count dipped a massive 11.3k, against estimates of a 5k fall.

Sterling traders were buoyed by the data at first glance, but selling pressure resumed after they looked under the hood of the report. The problems is stagnant earnings growth. Wage growth slowed significantly to 2.2% from 2.6% in the previous three-month period, and missing forecasts of a 2.4% rise.

Regular pay – excluding bonuses– also dipped to 2.3% from 2.6%, missing the 2.3% estimate. A record number of workers are also now employed on zero-hours contracts -- those employed on contracts where they are not guaranteed any hours in a given week -- which rose by 101,000 between October and December to 905,000, equal to 2.8% of all people in employment.

Flagging wage growth comes as inflation is picking up so could well squeeze real household incomes this year and slow economic growth. As such, it increases the pressure on the Bank of England, which announces a policy decision on Thursday, to keep interest rates on hold.

That fact explains why Sterling pairs quickly shed their gains after the release of the data. Here’s Sterling versus the Dollar, which, after rising sharply, is back to where it was at the start of the London session, trading at 1.2186, a small rise of 0.0036. 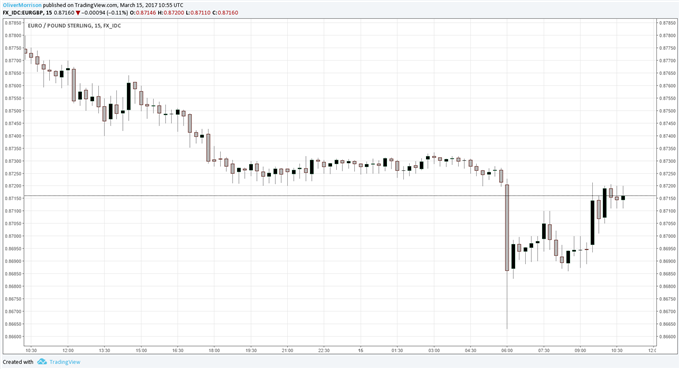 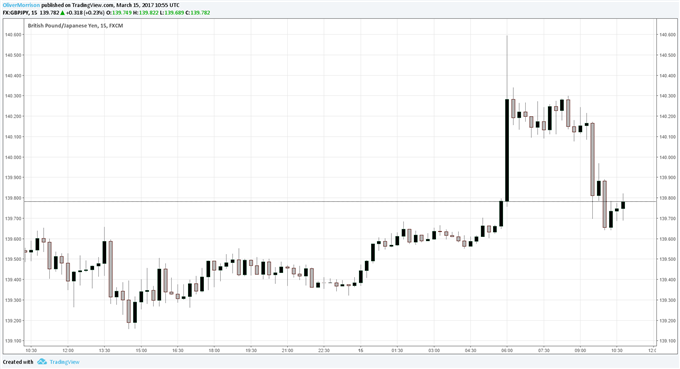