- The Greek economy contracted sharply in the fourth quarter, increasing worries that the debt-stricken country will miss its creditor’s targets.

The Greek economy contracted by 1.2% in the fourth quarter, according to the latest official figures, a sharp downturn from the initial estimate of -0.4%, contradicting claims by Prime Minister Alexis Tsipras that the economy is poised to show “exceptionally strong” growth rates in 2017. PM Tsipras recently said that the Greek economy would grow by 2.7% in 2017, and 3.1% in 2018, figures that are looking extremely hard to justify after today’s data. And according to analysts at Capital Economics, who estimate that Greek GDP will grow by just 0.5% in 2017, even that lowly figure “is looking optimistic.”

PM Tsipras is also pushing for an agreement on the latest bailout review in the next two weeks so that Greek bonds can be considered for inclusion in the ECB’s quantitative easing program. Greece has in excess of EUR7 billion of bond redemptions due in July and acceptance in the ECB’s bond buying program would reduce Greece’s borrowing costs sharply.

Greek 2-year bonds currently yield around 8%, below the 10% level seen a couple of weeks ago, but sharply higher than the sub-5% level seen in late November 2016, before the latest bailout fears resurfaced. The IMF recently forecast that Greece’s debt to GDP of 180% could “explode” to around 275%, if debt relief is not considered by its fellow lenders, a situation that Germany refused to countenance.

The latest GDP data points to further austerity measures for Greece, something that PM Tsipras has refused outright, with likely labor market reforms and further tax and pension cuts needed if Greece is to make its primary surplus target of 3.5%. If Greece fails to meet its commitments and refuses new austerity measures, the country may default in July when the large bond redemptions are due, putting their place in the single currency in jeopardy. 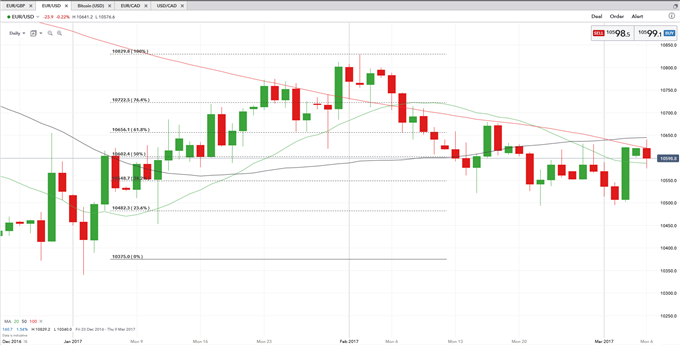