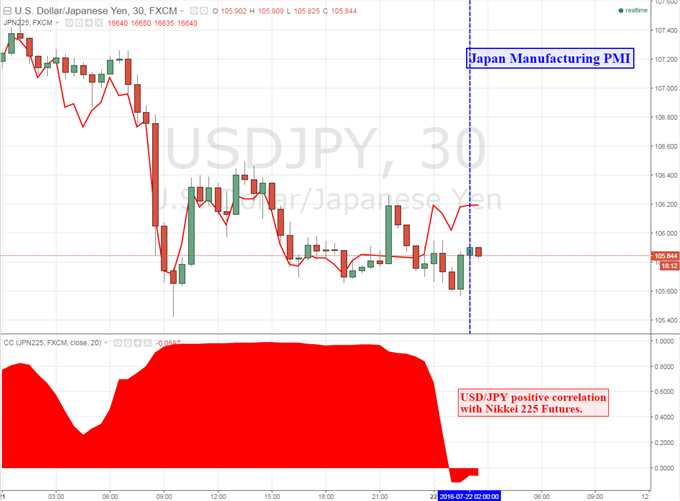 The Japanese Yen was little changed against its major counterparts after a manufacturing PMI reading crossed the wires. Heading into the announcement, the anti-risk Yen was strengthening as Nikkei 225 futures declined. The preliminary reading came in at 49.0 in July versus 48.1 in June, showing that Japan’s industrial sector contracted at a slower pace. A reading above 50 indicates expansion in the sector while a level below 50 shows contraction.

Today’s PMI figure continues to move away from May’s record low, as can be seen on the chart below. However, the data’s recorded history – which is tracked by Bloomberg – goes back as far as July 2013. The nation’s industrial sector also contracted for 4 consecutive months. With that in mind, the data likely had a minimal impact on Bank of Japan policy expectations which could explain why the USD/JPY was so mute.

The BoJ’s main concern has been the persistent threat of deflation. In its most recent monetary policy decision, the central bank lowered its outlook for near term inflation expectations, but raised them from a down-the-road point of view. This is likely the reason why the Japanese Yen showed a tepid reaction towards recent deflation readings.

Meanwhile, the DailyFX Speculative Sentiment Index (SSI) is showing a reading of 1.2 following the announcement, meaning that for every short USD/JPY position, there are 1.2 long exposures. The SSI is a contrarian indicator at extreme levels, implying further USD/JPY weakness ahead. 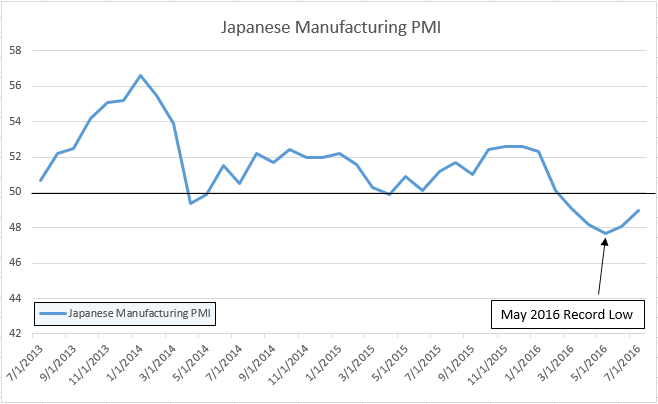