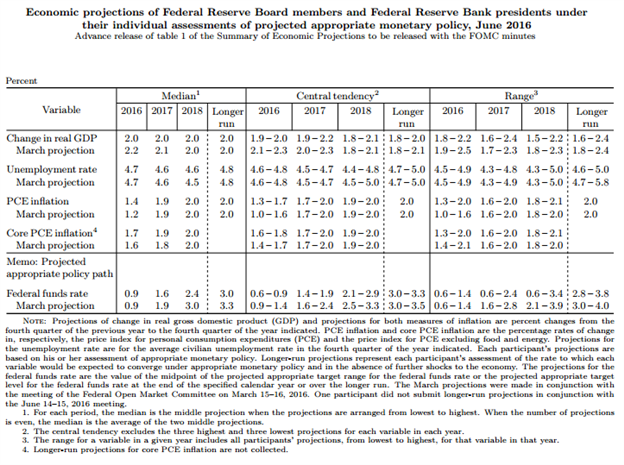 The Federal Reserve has released its June policy statement ahead of its press conference, and the impact is thus far resulting in a weaker US Dollar. EUR/USD jumped to as high as $1.1298 and USD/JPY slipped under ¥105.50, its lowest exchange rate since October 2014. The Fed, a central bank in transition, lowered its 2016 GDP forecast and Fed funds projections, suggesting a slightly less optimistic outlook among policymakers. 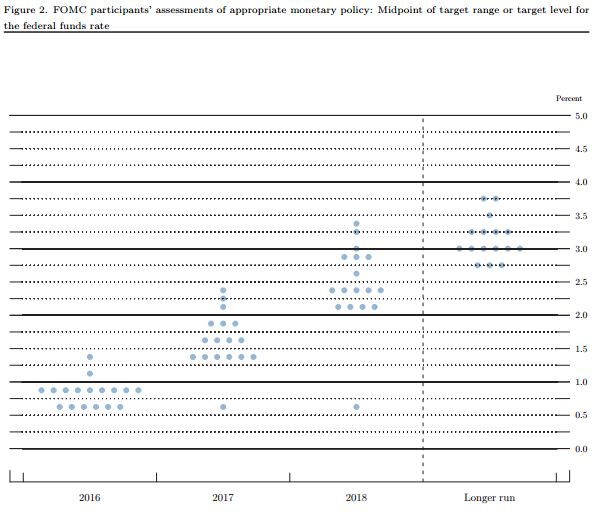 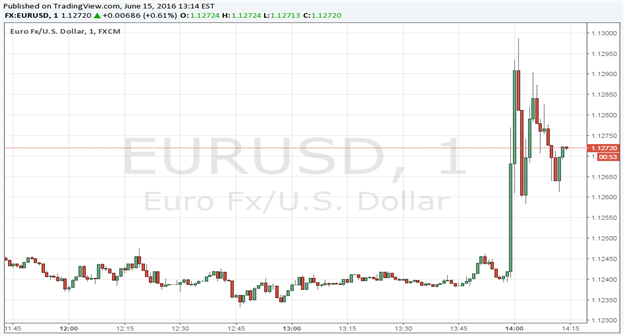